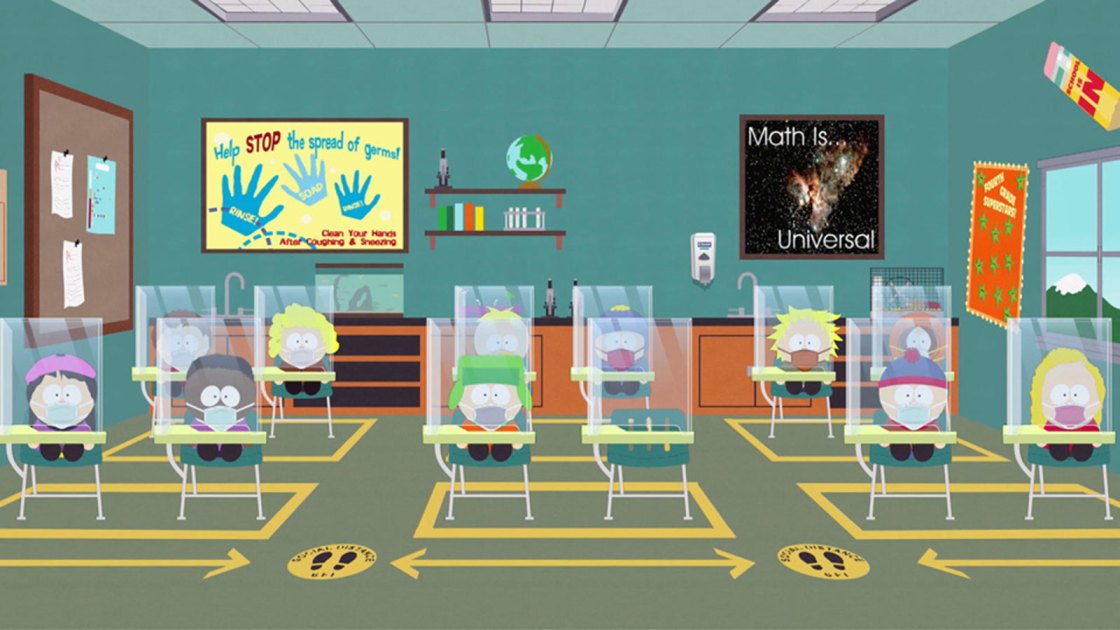 The boys are back.

“South Park” is returning on September 30 for a hour-long special — and in what should come as no surprise in 2020, it will be tackling Covid-19.

The episode, titled “The Pandemic Special,” will see Stan’s father Randy Marsh capitalizing on a growing market for pot for his recreational pot business “Tegridy Farms” as he “comes to terms with his role in the COVID-19 outbreak,” Comedy Central said in its news release.

Meanwhile, a preview clip of the episode shows the kids back at school with barriers around their desks and face shield-wearing police replacing their teachers.

The animated comedy series, from creators Matt Stone and Trey Parker, has not shied away from tackling current events. In 2015, for example, the show took on the gun control debate.

The long-running series, which wrapped up its 23rd season last year, first aired on Comedy Central in 1997. A premiere date for the 24th season of the series has not yet been announced.