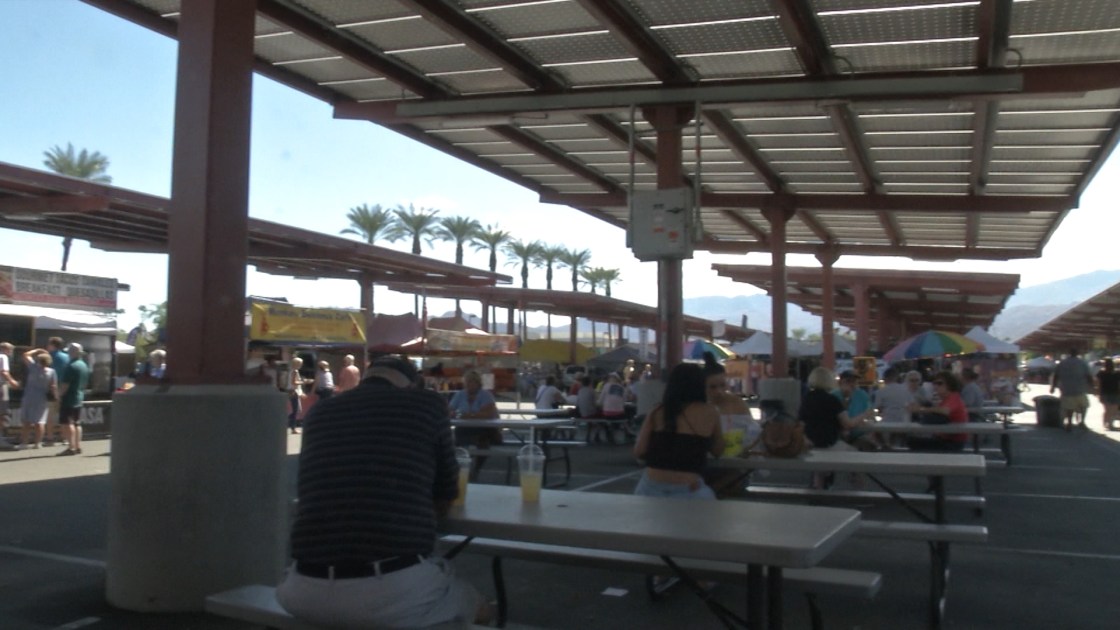 As October nears many locals in Palm Desert may be wondering if the street fair at College of The Desert will be returning. NBC Palm Springs spoke to a long-time vendor with the fair who says that might not be happening till January.

On their website, they refer to themselves as the desert’s premier open-air shopping destination, and they have been a staple in The Coachella Valley for over 30 years. Now some are questioning why the street fair at College of The Desert will not be opening this October.

“Initially it was going to be only closed through April, which stretched into may, which closed down the summer season, then shut down through September,” said Louie Gonzalez, The Cashmere Guy.

Gonzalez says an email was sent out by the College of The Desert Alumni Association stating that they were trying to locate a new venue for the street fair, but those plans fell through closing the street fair for the winter season.

“It’s mainly because of the fact that it is on the college grounds, that’s one big key and even though it is outdoors they still have these guidelines that they have to go by with the governor, and these new regulations,  these color codings, and whatnot,” added Gonzalez.

Gonzales says he understands the predicament, but it doesn’t take away from the fact that many vendors and merchants are hurting.

“I’ve participated and I’ve been there over ten years now, and the thing about this is we really rely upon about 80% of our business comes from the street fair,” said Gonzalez.

We did reach out to the College Of The Desert and the alumni association to ask about plans for the street fair, but they have yet to get back to us.

Vendors and merchants are voicing their opinion and hope for some sort of opportunity, sooner rather than later.

“We felt that it’s not really fair for us being outdoors, I mean there would be precautions are taken, and low and behold here we are, we still cannot go ahead and convene together,” said Gonzalez.

Vendors and merchants from the street fair are now coming together to start a virtual market. They hope to have that site up and running soon, for more information and updates you can visit https://codaastreetfair.com/

UPDATED RESPONSE FROM THE COLLEGE OF THE DESERT ALUMNI ASSOCIATION:

Postponing the Street Fair indefinitely due to the COVID-19 pandemic was a very difficult decision and not one we take lightly. As you know, there are mandates against large gatherings and the Coachella Valley continues to have some of the highest rates of infection and death from the virus in Riverside County. We also operate on the College of the Desert campus, which remains closed to students, staff, and faculty because of the pandemic. Given those factors, we have elected to suspend the Street Fair until the College reopens. This is a decision made in the interest of protecting our customers and vendors.

We understand how difficult this situation is on the small businesses that are the heart of the Street Fair, but we absolutely cannot risk people’s health and safety. This crisis has impacted all of us in ways we never imagined, and it is a reality we will not soon resolve. But we feel this is the wisest choice, and we look forward to resuming the Street Fair as soon as possible.