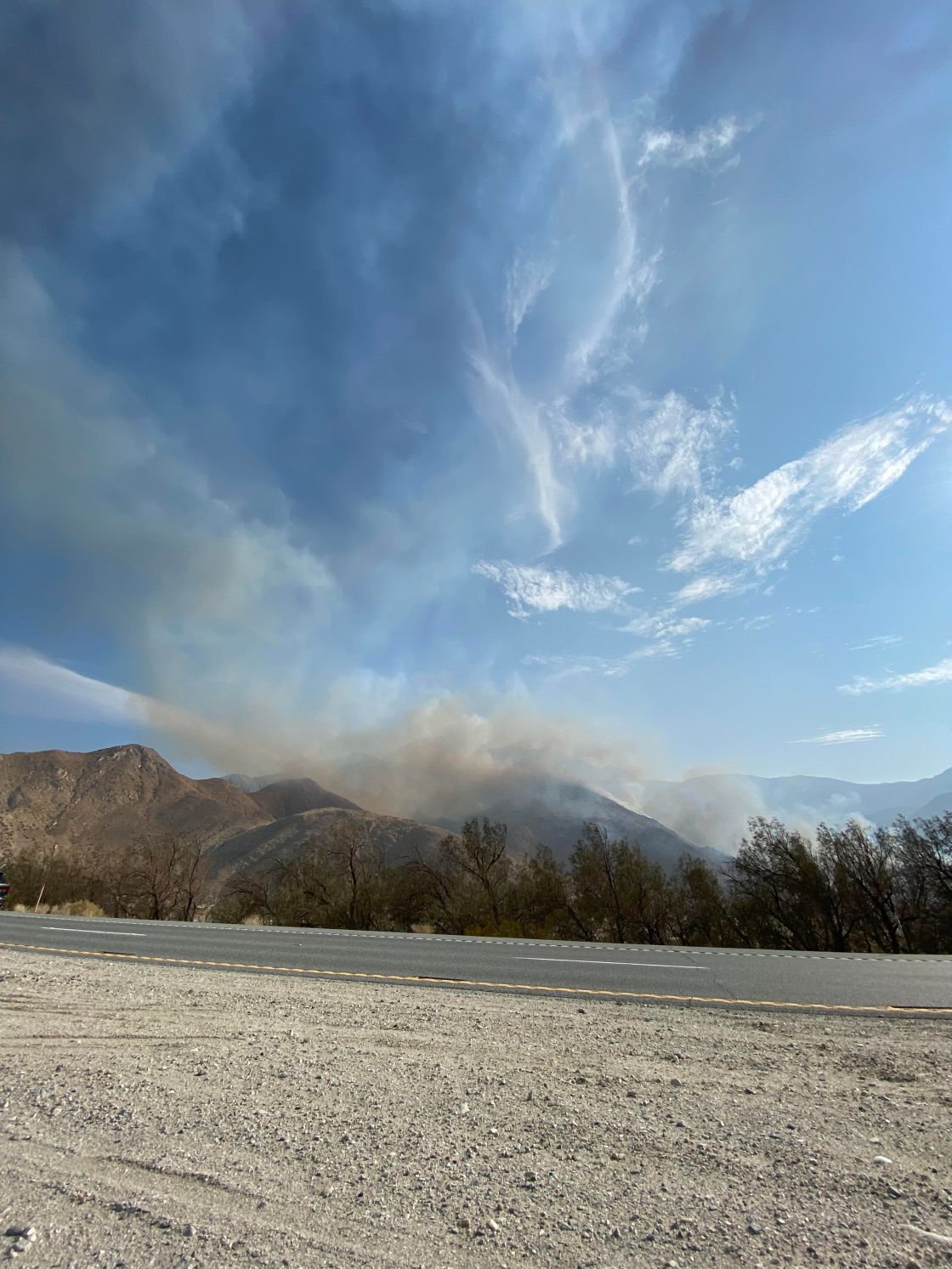 On day two of the Snow fire in Snow Creek, fire officials provided the latest evacuation orders and warnings. Residents we spoke to say they are ready to go if this fire starts to move closer. They also say the wind is a big factor, and something they can’t predict.

The Snow fire exploded Thursday night, growing to thousands of acres in a matter of hours. Residents were forced to quickly prepared to evacuate.

“Right now we’re just on standby in case we are forced to leave. but we are packed up and maybe prematurely but we rather are cautious on the side of safety, than regret what we didn’t take with us,” said Robert, Palm Springs resident.

“I told my wife to get the stuff ready, we got everything ready, and we have a baby, so because of the baby we did evacuate last and went to downtown palm springs,” said Kelvn Benavides, Palm Springs resident.

A map provided on https://rivcoready.org/Have-a-Plan/Evacuations shows where the evacuation warnings and orders are located and provide important information on what to do in this situation.

Officials say evacuation warnings can turn evacuation orders depending on how the day goes and the conditions of the wind.

“As we are moving into the afternoon time we are seeing increased winds, as well as the winds, are shifting. in some places it’s actually pushing the fire back into the black or burned area which is a good sign, it should stop the fire in those places,” explained Rob Roseen, Public Information Officer with Cal Fire, Riverside County Fire.

“The 111 over here, we get winds coming around the side as winds coming up over the top from Idyllwild, and so at any given time, the winds could jump up from zero to like 32, 35 miles an hour just within a matter of minutes. almost like right now, see how it picked up,” added Robert.

Fire officials want to stress the importance of being prepared, saying that even though the fire may look far away at times, the wind can dramatically change that.