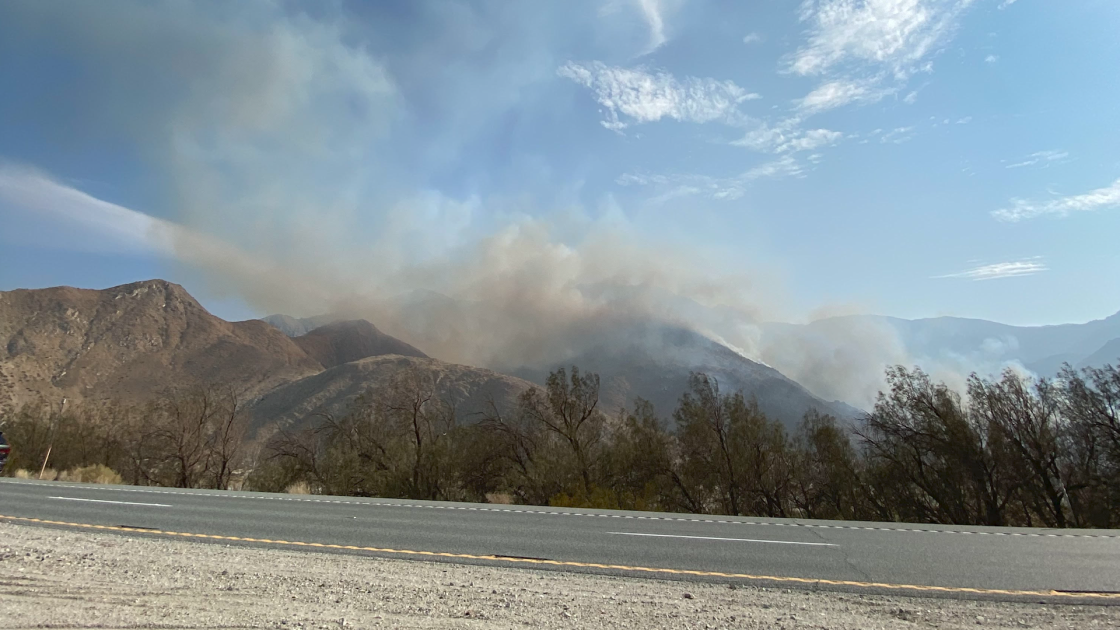 Firefighters are reporting progress in the fast moving Snow fire burning just north of Palm Springs.  As of Sunday morning, Cal Fire reported the blaze was 52% contained as of Monday evening after burning 6,013 acres.  No structures have been lost and no injuries reported.

Evacuations orders which had been in place since Friday for Snow Creek have been lifted.  However, an evacuation warning remains in place for Windy Point, north of Palm Springs and adjacent to Highway 111.

#SnowFire [UPDATE] The fire remains at 6,013 acres and is now 52% contained. @SanBernardinoNF pic.twitter.com/rtYqY48rbz

The blaze broke out Thursday around 2:38 p.m. in the 15000 block of Snow Creek Road and was first reported as a car fire

Herrera said wind speeds between 20 to 30 mph were threatening to push the flames northeast toward the Windy Point community.