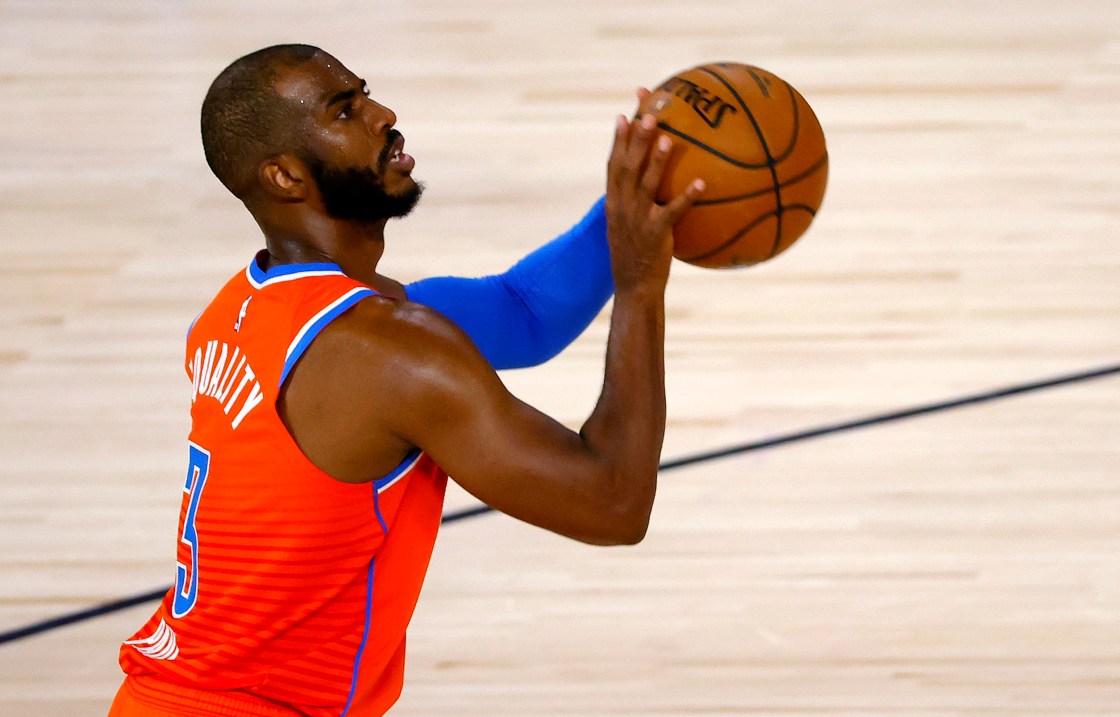 Paul, the president of the National Basketball Players Association, has been one of many leading voices from the sport to speak out on a number of social issues.

Stars from both the men’s and women’s game have been particularly vocal in their support of the Black Lives Matter movement which has gained momentum after the killings of George Floyd and Breonna Taylor.

Last month, the Milwaukee Bucks decided to boycott their playoff game following the police shooting of Jacob Blake in the team’s home state of Wisconsin.

“Players are woke, they’re aware, they know what’s going on. We just have to continue these conversations,” Paul said during a discussion on CITIZEN by CNN, referring to LeBron James as an inspiration in the fight.

“I think it all just came to a head and guys started really communicating and started realizing that you don’t have to just shut up and dribble.

“Everyone started banding together. We realized how much stronger we are together so we support each other in whatever it may be.

“We support our brother Colin Kaepernick. There is a whole entire community of us that know we’re more than just athletes.”

Athletes across the world have been taking a knee in the wake of George Floyd’s death earlier this year, a gesture that was started by former NFL quarterback Kaepernick as a protest against police brutality and social injustice in the US.

Top NBA teams had been residing at Disney World in Orlando, Florida, in order to safely resume the season amid the pandemic, with restrictions on players leaving the complex.

Paul, 35, previously said the bubble had made it easier for players to speak about their activism.

NBA commissioner Adam Silver says he expects players to continue fighting for social justice issues, as they have throughout the sport’s history, once the current pandemic is over.

“I’m not naive; I understand that people see this as politics. To me, there’s a long through-line of social justice that’s been part of this league since its earliest days,” he told CNN.

“So when we return to ‘normal,’ whatever that means, […] I expect it will manifest itself in different ways.”

Even though the NBA hasn’t set an official start date for the 2020-21 season, Silver told CNN that his “best guess” was the new season would begin in January at the earliest.

“We said a week or so ago that the earliest we would start is Christmas of this year, but the more I’m learning and listening […] I continue to believe we’re better off getting into January,” he said.

“The goal for us next season is to play a standard season, an 82-game season and playoffs. Further, the goal would be to play games in home arenas, in front of fans.”

On Tuesday the Denver Nuggets beat LA Lakers in Game 3 of the Western Conference finals.

The Nuggets now trail the series 2-1 after holding off a comeback to win 114-106. At one point, the Lakers were 20 points behind their opponents but reduced the difference to just three points in the fourth quarter.

However, after Kentavious Caldwell-Pope missed a wide-open three that would have tied the scores, Denver ran away with the game.

Elsewhere in the NBA, former Oklahoma City Thunder head coach Billy Donovan has been appointed by the Chicago Bulls.

Donovan had left the Thunder earlier this year after completing a five-year contract, where he led his team to five consecutive playoff appearances.

“The success that he has sustained over the course of his coaching career puts him on a different level,” said the Bulls’ executive vice president of basketball operations, Arturas Karnisovas.

“We feel his ability to help his players reach their potential, both individually and collectively, will mesh well with our roster.”