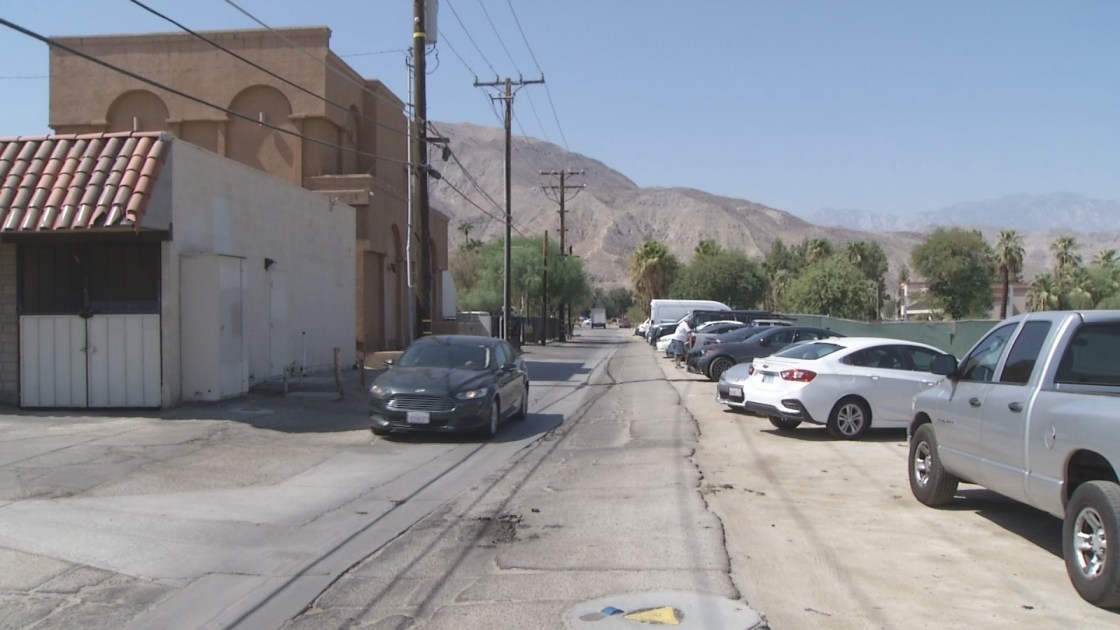 Michael Castelli takes great pride in his restaurant that bears his last name, Castelli’s. It’s been a Palm Desert institution for over three decades. Locals and celebrities love it.

“Kurt Russell, Sam Elliott, over here we have Joe Pesci,” says Castelli as he points to a few of the many celebrity photos hanging on the wall, ” adding, “everybody who’s anybody comes to this desert, comes to this restaurant.”

Over the years he’s worked hard to transform the restaurant into something the city can be proud of.

“In 1993 the city gave me a permit to go further out  on the dirt and do my kitchen,” he says adding that each time he’s made improvements, the city makes him go above and beyond, “this is my dining room in the back … before I could get the permit I had to buy a lot across the alley way for parking which I did.”

He says the reason the city gave, “Because we are going to beautify and put a road, back here  entrances will be in the back  of this nice roadway which connects through the city.”

He’s kept his end of the bargain, he says, but he’s still waiting on the city to make improvements to the Alessandro alley, “It’s been 33 years, I’ve had broken promises, false hopes, every time I added on to my building the city told me to architecturally make it beautiful because you were going to beautify the alley, that was in 1988.”

He says it’s not just a dusty eyesore, the tight space makes it dangerous, “I’m begging the city to address this.”

Finally during this week’s council meeting his voice was heard.

“Ok great, I just want to say thank you to the mayor for getting this on the agenda today,” he’s heard saying in the virtual city council meeting.

And he hopes that after 33 years of him doing right by the city and the countless people who love his restaurant, the city does right by him, “I see a little hope of all the broken promises I see a little light that the city is going to do something this time.”

We reached out to the City of Palm Desert, they tell us the item will be on next month’s city council agenda and at that time will make a decision on what to do about the Alessandro alley behind his restaurant. There is construction on the other end now.