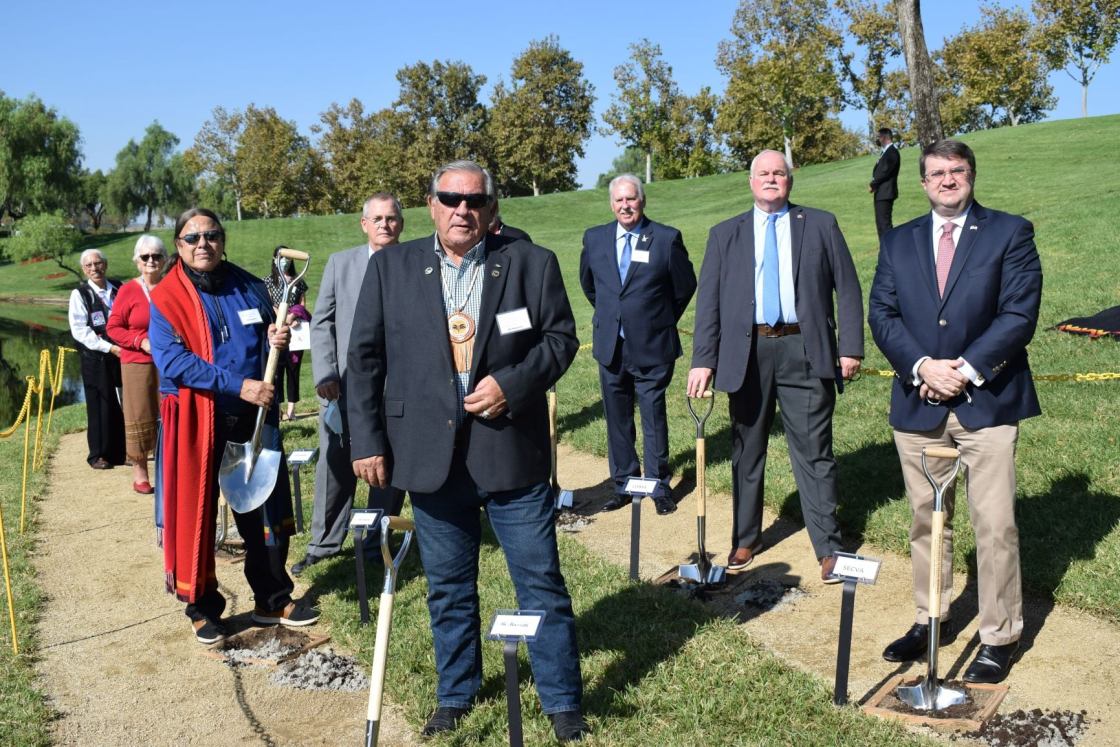 “Today is California Native American Day, and there is no better way to honor American Indian veterans than with this groundbreaking ceremony,” VA Secretary Robert Wilkie said. “More Native Americans per capita serve our country than any other demographic. This memorial will honor their sacrifice and service in the United States military.”

The cemetery addition will consist of a bronze statue symbolizing the American Indian in service to the nation and will feature a plaza and walkway.

Along with Native Americans on the continental U.S., the memorial is intended as a salute to Alaskan tribes and Pacific Islanders.

The nonprofit Riverside National Cemetery Support Committee was instrumental in raising the funds necessary to pay for the project, which is slated for completion in 2022. The cost was not specified.

Riverside National Cemetery is the largest federal burial site in the western U.S., with more than a quarter million graves spread over 900 acres.