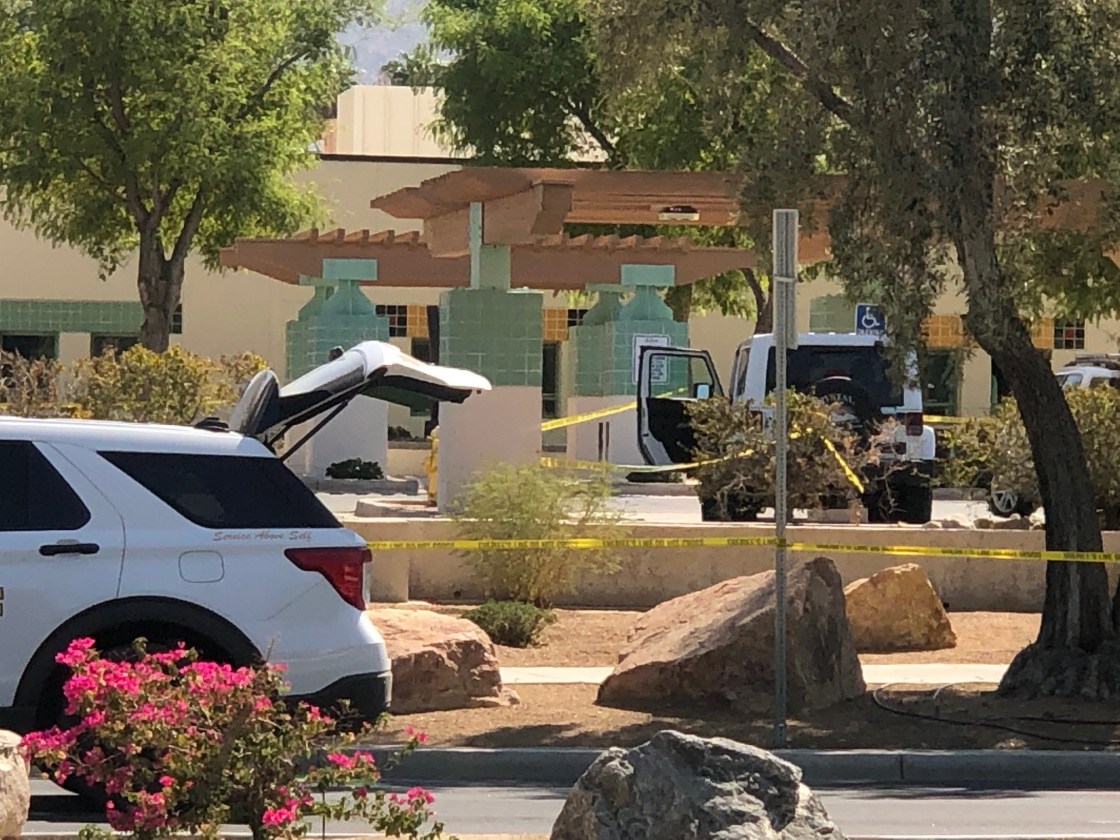 We are learning more about Thursday’s deputy-involved shooting at La Quinta City Hall and how a city staffer took heroic measures to alert other employees and police of an active shooter.

“This was an isolated incident is what they’ve determined thus far, and the target or focus was not city hall,” explained Evans.

Riverside County Sheriffs and police rushed to city hall in La Quinta Thursday afternoon after they received a call reporting a man with a gun in the courtyard.

“We did not hear any shootings, we didn’t hear nothing, we just saw a bunch of cop cars rushing over here, some cops going that way, some cops going towards city hall,” said Claudia Mejia, Manager of Great Clips in La Quinta.

When officers arrived on the scene, the suspect aimed his weapon towards the deputies.

“At that time the deputy-involved shooting occurred, the suspect was hit by the gunfire,” said Sergeant Lionel Murphy with Riverside County Sheriff’s Department.

Life-saving efforts were performed but the suspect later died at a local hospital. And now we are learning what took place moments before the shooting, and what one person did that probably saved lives.

“We had one of our employees that was returning from lunch and had parked his car in the north parking lot which is right along called Tampico and proceeded to walk towards the entrances to city hall and had heard a voice that was catching his attention. and when he turned around he saw the gunman with what looked like a rifle in his hand,” said Evans.

That employee quickly noticed what was happening and calmly alerted staff.

“He kind of stopped and looked at him and then he continued his stride towards the entrance of city hall and keyed himself in and quickly locked the door behind him and alerted the two officers that happened to be at the substation right there at city hall and then immediately activated through employee communications preparation for the active shooter protocols,” explained Evans.

A rifle was recovered at the scene of the shooting and Mayor Evans is commending the bravery of this employee saying this incident could have been much worse. She also mentioned that the city hall staff has received active shooter training, and yesterday that training made a difference.