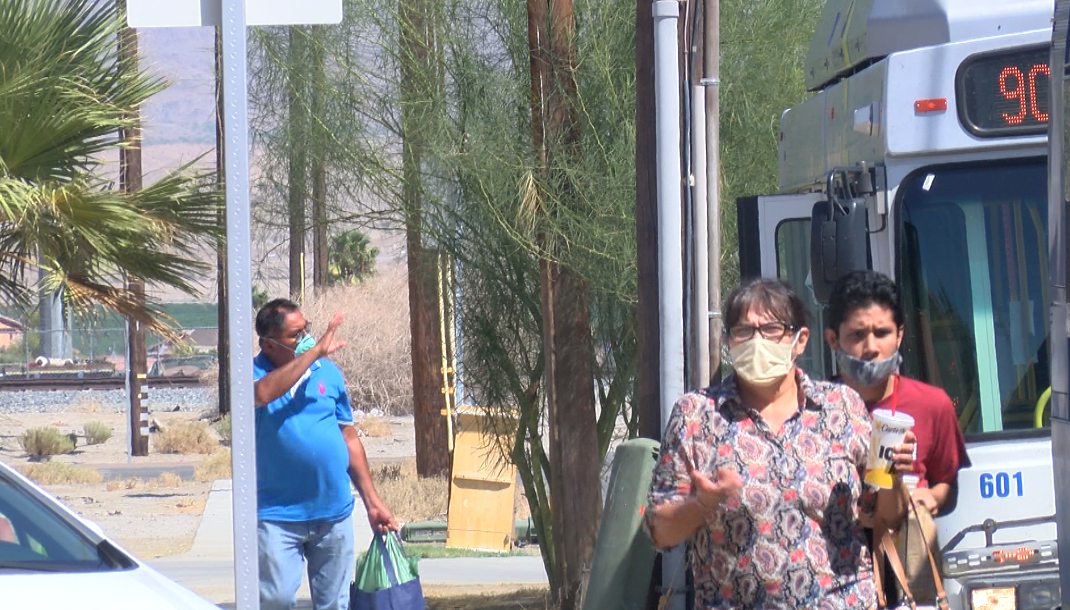 Guillermo Gonzalez takes the bus every day from North Shore near the Salton sea to Coachella for work. He says his daily commute has always been a burden for him.

“In North Shore the bus comes around every three hours,” said Gonzalez.

In parts of the far eastern valley, roads do not have a proper pedestrian walkway. Gonzalez says he has to walk in unsafe areas to get to a bus stop.

“They’re not at every corner. The bus stops are far from my home,” Gonzalez said.

To solve some of these concerns, SunLine transit partnered with local legislators to test a new service, It’s part public transportation,part ride-share service.

“It would be available within 15 minutes of the time that you requested the ride and it would take you to bus stops within the defined geo-fense zone and that way people could access SunLines fixed route network,” said Nicholas Robles, who works for SunLines Transit Agency.

This service could help passengers who walk miles and miles to a bus stop. Now they’ll be able to go to a library, grocery store or any nearby location and from there, get help to board a bus using the app.

However, unlike Uber and Lyft this service will cost about the same as the average bus rates.

This service is launching in January in Coachella, North Shore and Desert Hot Springs. So far it  will only work if you have a smartphone with the app and if you’re able to get service.

“The purchase of those buses is to actually ensure that the frequency of when the buses come is actually reduced,” said Hernandez.