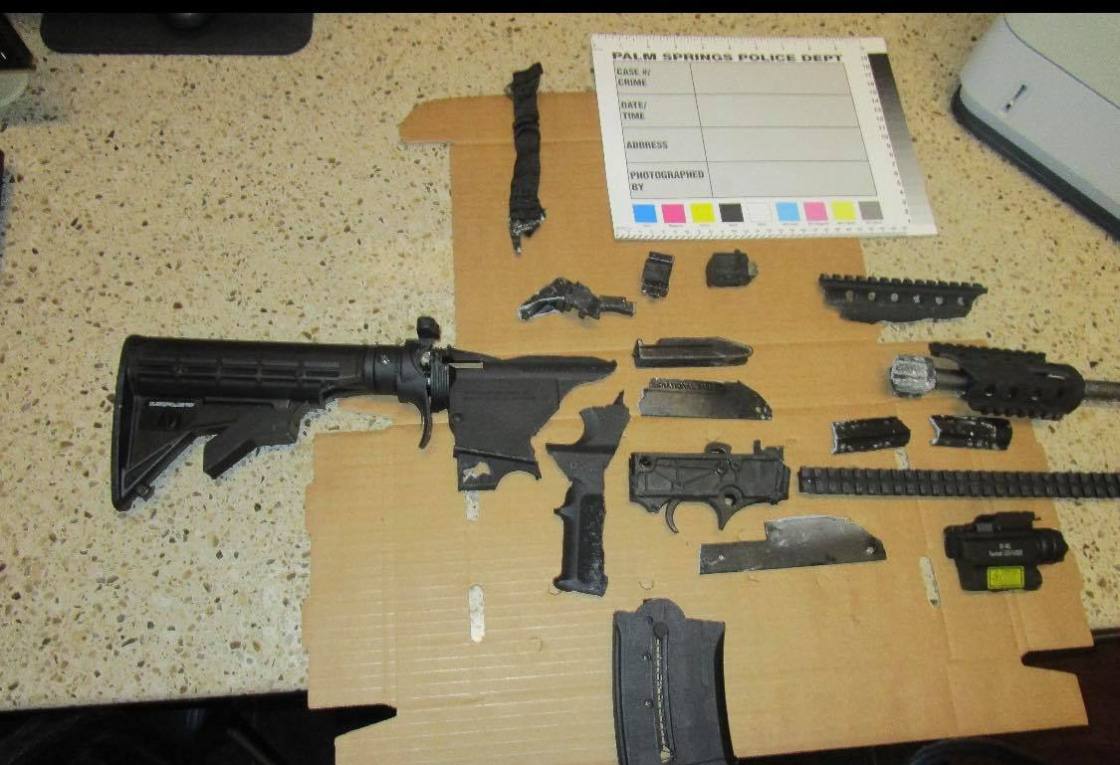 Shooting Reported Overnight in Palm Springs; No Arrests Made

(CNS) – Police recovered two guns but made no arrests after an overnight high-speed chase in Palm Springs that stemmed from a reported shooting, authorities said Friday.

The non-injury shooting was reported Thursday about 10:50 p.m. in the 400 block of Palm Vista Drive, in the Desert Highland Gateway Estates neighborhood, near where dozens of shootings and four homicides have been reported in recent months, according to the Palm Springs Police Department.

Officers were patrolling the area when they reported hearing gunshots, prompting them to begin following a Mazda sedan seen turning from the general direction of the sounds of gunfire, police said.

They attempted to pull the car over, but the driver sped up and led them on a chase eastbound on Interstate 10, which is when they reported seeing “two objects” being tossed from the vehicle.

“The vehicle exited at Bob Hope and officers lost sight of the vehicle and terminated the pursuit,” police said.

Police later recovered two guns on the side of I-10.

Back at the scene of the shooting, gunfire struck a home, and police found several shell casings, but no injuries were reported and no witnesses had yet come forward.

The Mazda was later found abandoned behind the Walgreens in the 72000 block of Dinah Shore in Rancho Mirage.

No suspect information was provided.

More than 100 law enforcement officers served search warrants in the Desert Highland Gateway Estates neighborhood and the Santiago Sunrise Village Mobile Home Park on Aug. 6, the culmination of a nearly yearlong investigation into two dozen confirmed shootings in and around those neighborhoods dating to October of last year. In the weeks since, additional shootings have continued to be reported.

Police Chief Bryan Reyes has said an uptick in crime in those neighborhoods is tied to a war between two rival gangs, although police did not specify a motive in the latest shooting.