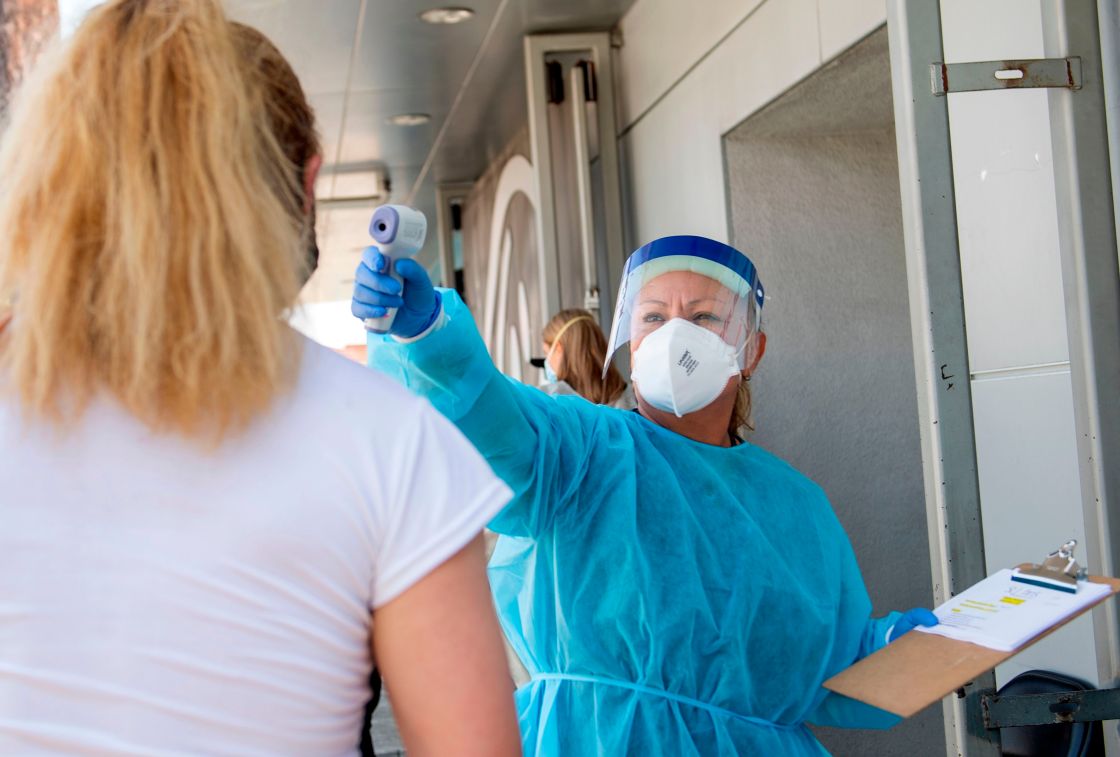 (CNN) — Adults can sometimes suffer from dangerous symptoms that resemble a coronavirus-linked syndrome in children, researchers with the US Centers for Disease Control and Prevention said Friday.

But MIS-A has killed at least three patients and, similar to Covid-19, disproportionately hits racial and ethnic minorities, the CDC team said.

One Black man living in Florida suffered ringing in his ears, vomiting and chest pain. He tested negative for Covid-19 when he was admitted to the hospital, but died despite treatment. He was 46.

A 22-year-old Black woman in New York was healthy until she developed a fever and chills, but she spent 19 days in the hospital before she was well enough to go home, the CDC team said.

MIS-C has affected several hundred children around the world and, if treated promptly, kids recover. It causes general inflammation but patients do not usually show the classic symptoms of coronavirus. Blood tests indicate that MIS-C may develop weeks after a child has recovered from a coronavirus infection — usually a case that caused mild symptoms or no symptoms at all.

The CDC team described the cases of 27 adults aged 21 to 50 who had similar syndromes. Most had extreme inflammation throughout their bodies and malfunction of organs, such as the heart, liver and kidneys — but not the lungs. “Although hyperinflammation and extrapulmonary organ dysfunction have been described in hospitalized adults with severe Covid-19, these conditions are generally accompanied by respiratory failure,” they wrote in the CDC’s weekly report on death and disease, the MMWR.

“In contrast, the patients described here had minimal respiratory symptoms, hypoxemia (low blood oxygen), or radiographic abnormalities in accordance with the working case definition, which was meant to distinguish MIS-A from severe Covid-19; only eight of 16 patients had any documented respiratory symptoms before onset of MIS-A.”

One third of the 27 patients tested negative for active coronavirus infection but tested positive for antibodies, which indicated they had been infected in the past. “All but one of the patients with MIS-A described in this report belonged to racial or ethnic minority groups,” the researchers wrote.

“Clinicians and health departments should consider MIS-A in adults with compatible signs and symptoms,” the team advised. “These patients might not have positive SARS-CoV-2 PCR or antigen test results, and antibody testing might be needed to confirm previous SARS-CoV-2 infection.”

Symptoms include a fever that lasts 24 hours or more; chest patient and irregular heartbeats; evidence of heart dysfunction; gastrointestinal symptoms and rashes. X-rays can show lung inflammation even if the patients do not have symptoms.

The CDC said 10 of the 27 patients required intensive care; three were intubated and three died. In two young adults, their first symptoms were major strokes.