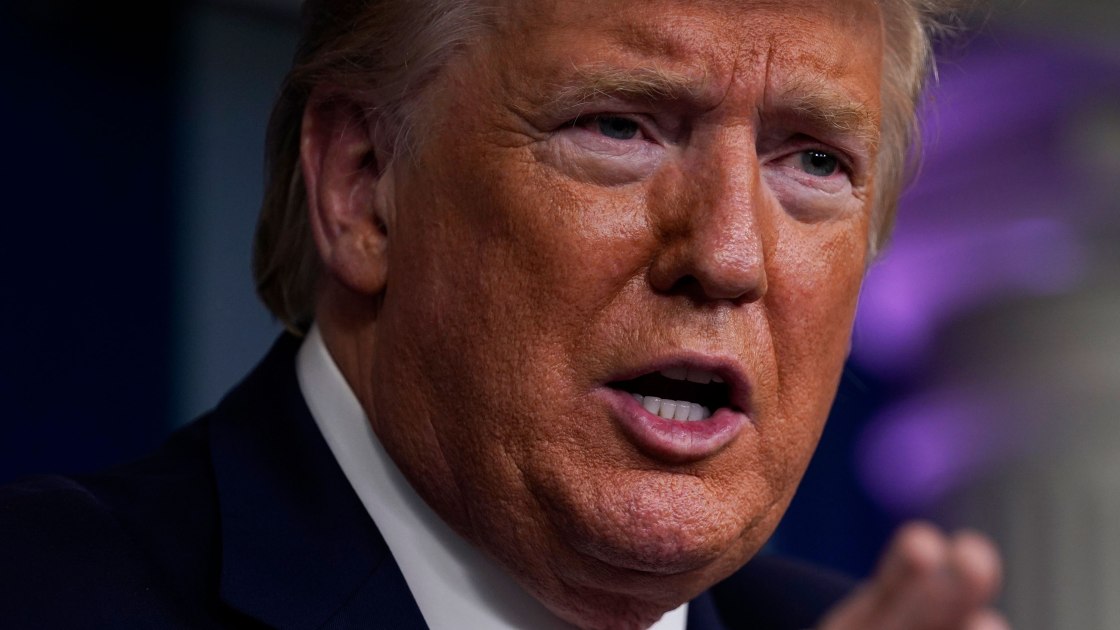 Seemingly different reports on the condition of President Donald Trump emerged late Saturday morning, one from his doctors painting a fairly rosy picture, another from White House staff portraying a more concerning picture.

White House physician Dr. Sean Conley said Saturday that the 74-year-old patient is “doing very well” after his first night hospitalized for the coronavirus.  The doctor said that Trump is not currently receiving oxygen and that he is exhibiting normal organ functions.  The team of doctors speaking at Walter Reed Medical Center where the President was airlifted Friday afternoon would not speculate on when he might be released.  They said he is undergoing antibody treatment.

Shortly after the briefing by doctors, a source identified as a White House aide provided a conflicting report, saying “The President’s vitals over last 24 hours were very concerning and the next 48 hours will be critical in terms of his care. We are still not on a clear path to a full recovery.” Later, the Associated Press attributed that comment to White House Chief of Staff Mark Meadows.

A source familiar with the President’s condition said some of the same to NBC News on Saturday: “Some the President’s vitals signs Friday morning were early indicators of the potential for progression beyond mild illness.”

According to Trump’s doctors at Walter Reed, the President told them “I feel like I could walk out of here today.”  Dr. Conley told reporters that he is cautiously optomistic about the President’s recovery.  Doctors said Trump’s symptoms of a cough, nasal congestion, and fatigue on Thursday are improving.

NBC News reports that Conley said the president asked about the antimalarial drug hydroxychloroquine as a potential treatment. Trump has championed the drug, despite little evidence it can treat the coronavirus. Conley said they discussed it but have not prescribed it to the president.

Meanwhile, Saturday afternoon in a call to CNN, former New Jersey Governor Chris Christie said he has checked himself into the hospital.  Christie, who has been advising Trump on the campaign and had been in close contact with the President, announced he tested positive for Covid-19 Saturday.

CNN says Christie told the news organization that he said he has a slight fever and is achy but felt well enough to drive himself to the hospital.  CNN reports he started a course of the Covid-19 treatment remdesivir after being admitted.

CNN reports that Christie was among a group of senior Trump campaign staffers who were tested Friday following news of the President’s positive diagnosis. On Friday, the former Republican governor had said, “I feel fine and have no symptoms,” and noted that he was last tested for Covid-19 on Tuesday and the results had been negative.