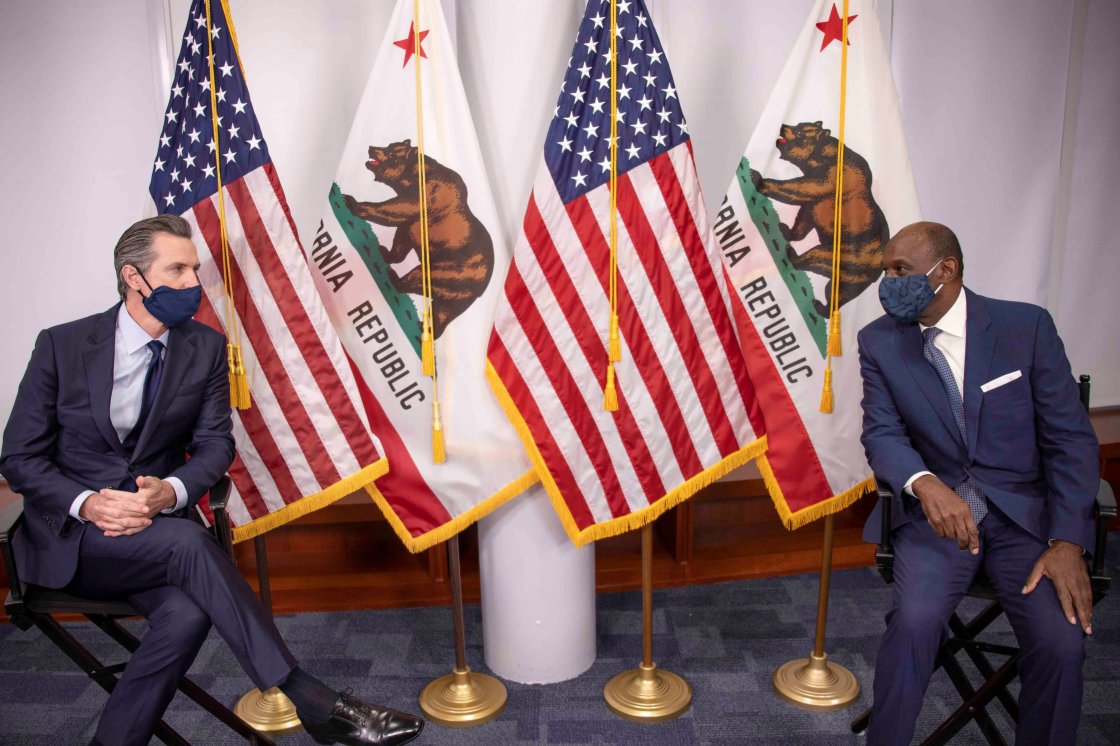 California Gov. Gavin Newsom has nominated a candidate who could be the first openly gay justice and only the third Black man to serve on the state’s highest court if confirmed.

“Justice Jenkins is widely respected among lawyers and jurists, active in his Oakland community and his faith, and is a decent man to his core,” Newsom said in a news release.

“As a critical member of my senior leadership team, I’ve seen firsthand that Justice Jenkins possesses brilliance and humility in equal measure. The people of California could not ask for a better jurist or kinder person to take on this important responsibility.”

Jenkins served as a judge on the Oakland Municipal Court from 1989 to 1992 before moving up the ranks to serve as a judge on the Alameda County Superior Court from 1992 to 1997. In 1997, he was appointed to the US District Court for the Northern District of California by former President Bill Clinton and served in that role until 2008.

Before joining the Newsom administration, Jenkins served as an Associate Justice on the California Court of Appeal, First Appellate District from 2008 to 2019.

“I want to say today to those young people who may be watching and those who may hear about what has transpired here, I am not here in spite of the struggle, I’m here because of the struggle,” Jenkins said in a press conference with Newsom on Monday.

“I want these young people to know that living a life of authenticity is the greatest gift you can give yourself, and if you do that, you too will find yourself in a position where people see you, they really see you for who you are. And I thank you, Gov. Newsom, for giving me this opportunity and for seeing me. ”

His nomination was lauded by many, including Equality California Executive Director Rick Chavez Zbur.

“Governor Newsom’s appointment of California’s first openly gay supreme court justice is a monumental step forward for the LGBTQ+ community and for our entire state,” Zbur said in a statement.

“Not only is Justice Jenkins exceptionally qualified and an outstanding choice for California’s highest court, but he embodies the values of our great state. Governor Newsom is setting a national example as he works to ensure California’s government reflects the diversity of the people they serve.”

“I am truly humbled and honored to be asked by the Governor to continue serving the people of California on the Supreme Court,” Jenkins said. “If confirmed, I will serve with the highest ethical standards that have guided me throughout my career, informed by the law and what I understand to be fair and just.”

He will be the first openly gay CA Supreme Court justice & only the 3rd African American man to serve on the state’s highest court. #CaliforniaForAll pic.twitter.com/q07dxct6Lg

— Office of the Governor of California (@CAgovernor) October 5, 2020