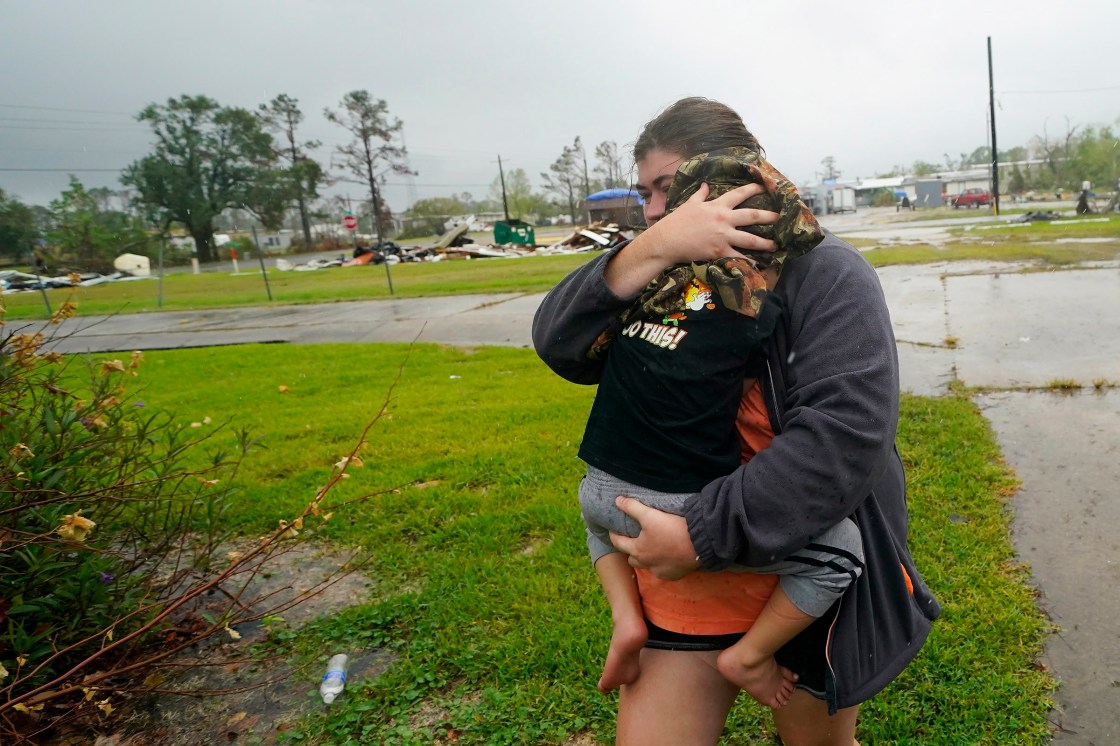 Two people are reported to have died in Louisiana in the aftermath of Hurricane Delta as remnants of the storm brought widespread rain to the US mid-Atlantic and Northeast on Monday.

An 86-year-old man died in St. Martin Parish after a fire started as he was fueling a generator in a shed, Louisiana Gov. John Bel Edwards said Sunday. A 70-year-old woman died in Iberia Parish in a fire likely caused by a natural gas leak following damage from the storm, according to the Louisiana Department of Health.

Meanwhile, large numbers of residents in Louisiana, Texas and Mississippi woke up in the dark Monday morning after Delta hammered Louisiana before weakening to a post-tropical cyclone and heading across the Southeast.

Louisiana had more than nearly 190,000 power outages as of Monday morning, while Texas had about 37,000 and Mississippi had about 16,000, according to estimates from poweroutage.US.

The storm system spawned 10 tornado reports from the Gulf Coast to the Carolinas. At least two tornadoes in north and central Georgia on Saturday injured two people, according to the National Weather Service.

On Monday, vestiges of Delta brought gusty winds and rain to the northeast and mid-Atlantic.

Delta hit Mexico’s Yucatan Peninsula last Wednesday before making landfall with 100-mph winds near Creole, Louisiana, not far from where Laura made landfall less than two months ago.

In Lilburn, Georgia, a train derailed after heavy rain overnight. Firefighters found the train on its side, with 38 cars derailed, some of them on fire. The locomotive’s engineer and conductor were taken to the hospital with minor injuries, according to Gwinnett County Fire and Emergency Services.

One of the Georgia tornadoes was an EF1 with winds between 87 and 90 miles an hour that struck near Covington, about 35 miles east of Atlanta, and injured two people, according to the National Weather Service. It damaged a homeless shelter, displacing 30 people, the city’s emergency management director, Jody Nolan, told CNN.

The other was an EF0 that hit Pike County, some 51 miles south of Atlanta.

Northeast Georgia and the western portion of Virginia and the Carolinas could see up to 6 inches of rain, creating flash flooding risks across the region, the weather service said. The Central Appalachians and southern New Jersey could get drenched as well, forecasters said.

How to help storm victims

As Delta moved away from Louisiana, it left parts of the southwestern corner of the state with 17 inches of rain.

“Even if it wasn’t quite as powerful as Hurricane Laura, it was much bigger,” Edwards said Saturday. “Obviously, this was a very serious, very large and powerful storm that produced significant amounts of damage.”

Delta left a trail of “hazards like flooded roads, downed power lines and displaced wildlife” across the state, Edwards tweeted. He urged residents to remain vigilant.

More than a hundred roads and 35 bridges were closed, Edwards said Sunday, and traffic lights were out at many intersections.

The city of 78,000 is still recovering from Laura’s 150-mph winds in August and now must deal with the double whammy of wind and flood damage, the mayor said, adding that Delta forced more residents to evacuate than did Laura.

Highways out of Lake Charles were packed as people fled Delta, and about 7,000 residents were still displaced from Laura when Delta hit, he said.

“Already we’re picking up the pieces, but we have quite a road ahead of us. There’s a lot of homes that were damaged from Laura, and now it’s just adding insult to injury,” the governor said Saturday.

More than 9,000 people are still in shelters in the state, Edwards said, but the vast majority — 8,230 — are evacuees from Hurricane Laura.

In Texas, a utility company said it could take up to a week to restore power to customers along the state’s southeastern border.