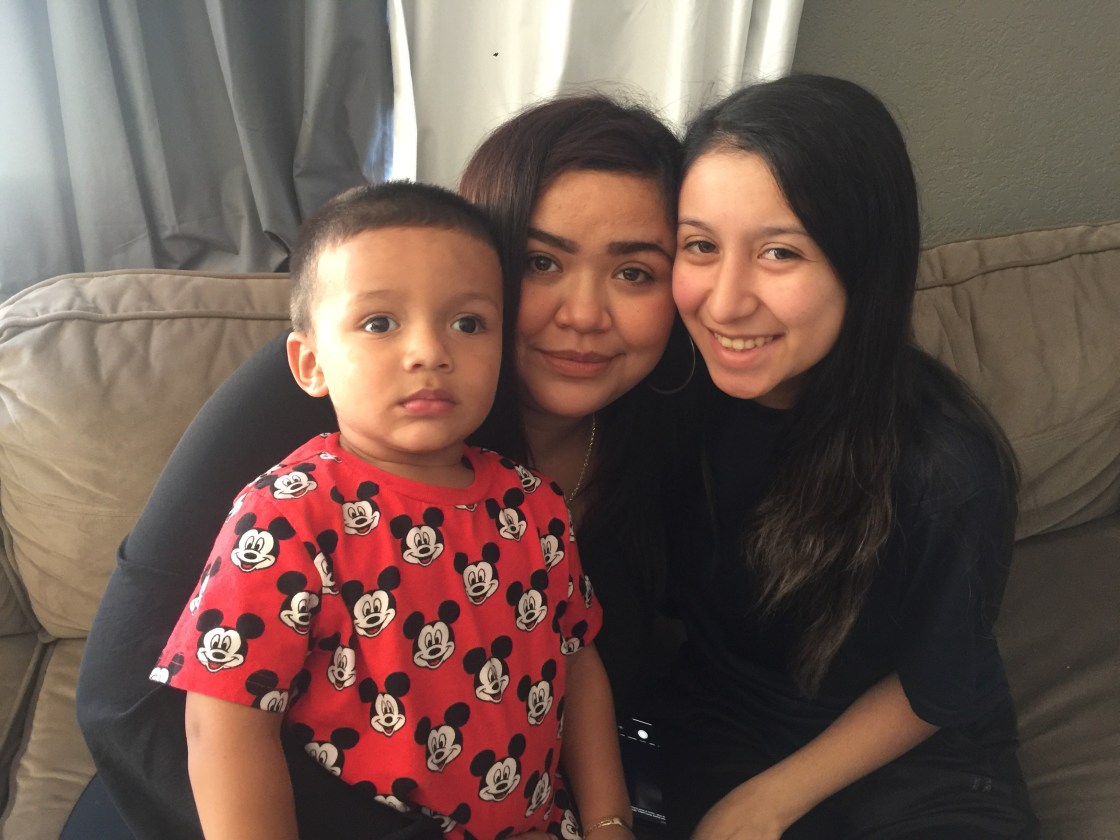 “I fainted and I had seizure after seizure, they called the paramedics,” says Daisy.

When she came to, her nightmare was just beginning.

“I thought I was never going to see him again,” she says adding that her two children were spending time with their father, when the unimaginable happened.

Shaw says the father took him and his sister to the store, took his daughter inside to grab a shopping cart, leaving little Anthony in the back seat, “As he walked in and grabbed the shopping cart and he came out he saw his car being driven off from the lot, he had left his keys in the car and the engine was running and this individual jumped in the car, saw an opportunity and stole his car.”

Police alerted other law enforcement agencies and a massive search got underway.

Daisy’s best friend Karla Perez, who lives down the street got the alert too and saw the commotion, “Cops, ambulances, firefighters, I got in the car left over there, I was there for her through everything I was holding her hand … it was just heartbreaking.”

Shaw says just after 1 a.m. in Cathedral City, a couple who had received the Amber Alert saw the car and heard  crying, “The citizen got the child out of the car, the child was crying but appeared to be physically okay, she walked about two blocks to a 7-11 where she notified the clerk and they notified us.”

Daisy says those hours without her son felt eternal and they were only made bearable by her family and friends who stayed by her side and prayed with her.

She found out her son was found when she called the police to give them more information, “I felt relieved because I thought I wasn’t going to see him.”

Her best friend drove her to the location.

“We all ran up to him and we grabbed him in our arms and we just were all crying and happy and we thanked the couple,” says Perez.

“Very thankful the guy told me that he has his own kids and that he would never would never want that to happen to his kids … and as soon as he approached them she tried to make a run for it,” says Daisy.

Shaw says the suspect, 31-year-old, Yadira Flores of Desert Hot Springs was found nearby and arrested, “We don’t know the reason exactly if this was just an opportunity to take a car and the child happened to be inside of it or if there’s more to it, the investigation is still ongoing.”

Daisy says she’s grateful to law enforcement who acted so quickly and sending out that Amber Alert and the vigilant Good Samaritans who took action, “I want to thank you because I‘m able to have my baby by my side.”

Daisy says little Anthony seems like he’s still in shock and not talking as much and her little girl is also afraid. She plans to take them to therapy to help them get through the traumatic ordeal.

Shaw says this is a reminder to never leave your child alone in the car, not even for a few seconds, “It could have turned out a whole lot worse … it’s just not worth it.”

Flores has a prior car theft on her record. She was booked into county jail in Indio on suspicion of child abduction, child cruelty, vehicle theft with priors, and violating probation. She is being held on $100,000 bail.