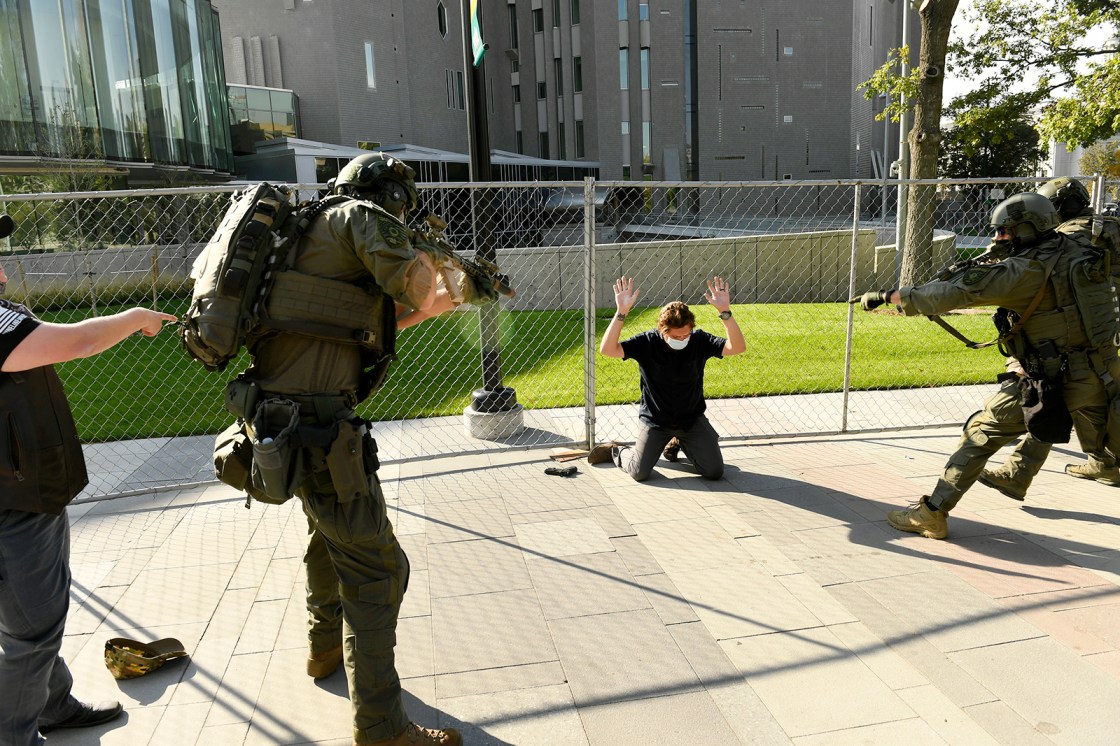 The man arrested Saturday in connection with the deadly shooting at a protest in Denver is not licensed to be a security guard despite being identified as one, according to Eric Escudero, spokesperson for the city’s Department of Excise and Licenses.

Matthew Dolloff, 30, was initially identified as a private security guard who was contracted through Pinkerton by CNN affiliate KUSA-TV to accompany staff at protests, the station said in a statement.

Dolloff is being held for investigation of first-degree murder in connection with the shooting, according to police.

“We searched our records and there is no record for an active security guard now or ever for an individual named Matthew Doloff or Dolloff,” Escudero said in response to a CNN inquiry. He said no other city agency licenses security guards.

If Dolloff was operating without a license, he could be fined up to $999 or face up to a year in jail, Escudero said. The company that hired Dolloff could also face administrative action if this were the case, according to Escudero.

Escudero said that while three cities in Colorado, including Denver, require a license to operate as a security guard, there is no state license for security guards.

In a statement released Sunday, Pinkerton said Dolloff was a contractor agent from a third-party vendor.

“The vendor is responsible for proper licensing for all agents under their employment,” the statement says. “It is the responsibility of the vendor to ensure any agents assigned to security projects have the required documentation to complete the assignment.”

Pinkerton also said it is cooperating in the investigation.

CNN has also been unable to find out whether Dolloff has an attorney.

Officers on the scene rendered aid to the victim, who was transported to a hospital where the victim was later pronounced dead, Investigations Division Chief Joe Montoya said during a news conference Saturday.

A verbal altercation occurred before the shooting and two guns and a can of Mace were recovered at the scene, Montoya said.