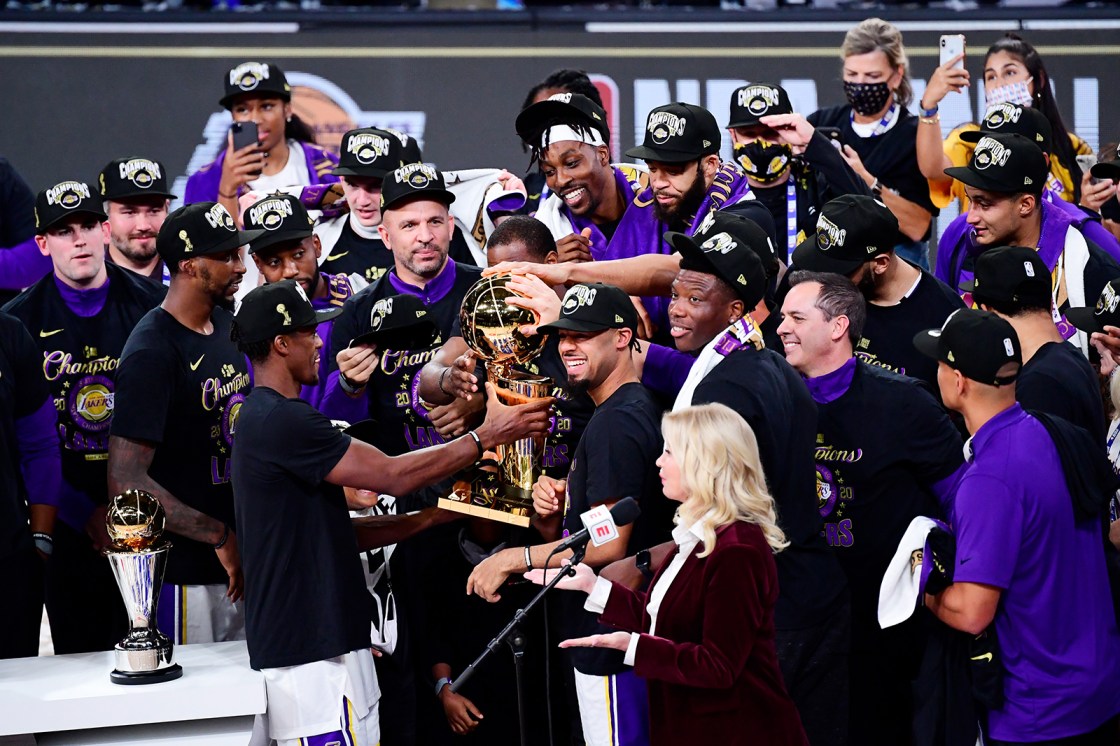 The Los Angeles Lakers won a record 17th NBC title Sunday, however no celebration with the fans is in the works.

Typically a team parade would be planned, but the Lakers announced Monday night on Twitter that a public celebration is not planned.

“After consulting with the City and the County, we all agree that a joyful and inclusive public celebration will take place as soon as it is safe to do so,” read part of the Tweet from the Lakers.

We cannot wait to celebrate our NBA title with our fans. After consulting with the City and the County, we all agree that a joyful and inclusive public celebration will take place as soon as it is safe to do so. In the meantime, thank you again, Lakers Nation, for your support!

The Los Angeles Lakers defeated the Miami Heat 106-93 in Game 6 of the NBA Finals on Sunday night, winning the best-of-seven series four games to two.

It’s the 17th title for the franchise, tying the Lakers with the Boston Celtics for the most all time in NBA history.

This was the Lakers’ first NBA Finals appearance since 2010, when the late Kobe Bryant won his fifth and final NBA title. Bryant, along with his daughter Gianna and seven others, died in a helicopter crash January 26.

It’s the fourth championship for LeBron James, in his 10th NBA Finals. James previously won two titles with the Heat (2012 and 2013) and the Cleveland Cavaliers (2016). On Sunday, he became the NBA’s all-time leader in playoff games played, at 260. He finished the night with a triple-double: 28 points, 14 rebounds and 10 assists. He was named NBA Finals MVP, the fourth time he has received this honor.

“For me to be a part of such a historical franchise is an unbelievable feeling, not only for myself but for my teammates, for the organization, for the coaches, for the trainers, everybody that’s here,” James said on the court. “We just want our respect. (Lakers vice president of basketball operations and general manager) Rob (Pelinka) wants his respect. (Lakers head) coach (Frank) Vogel wants his respect. Our organization wants their respect. Laker nation wants their respect. And I want my damn respect, too.”

This capped an NBA season — which ends just outside of Orlando, Florida.