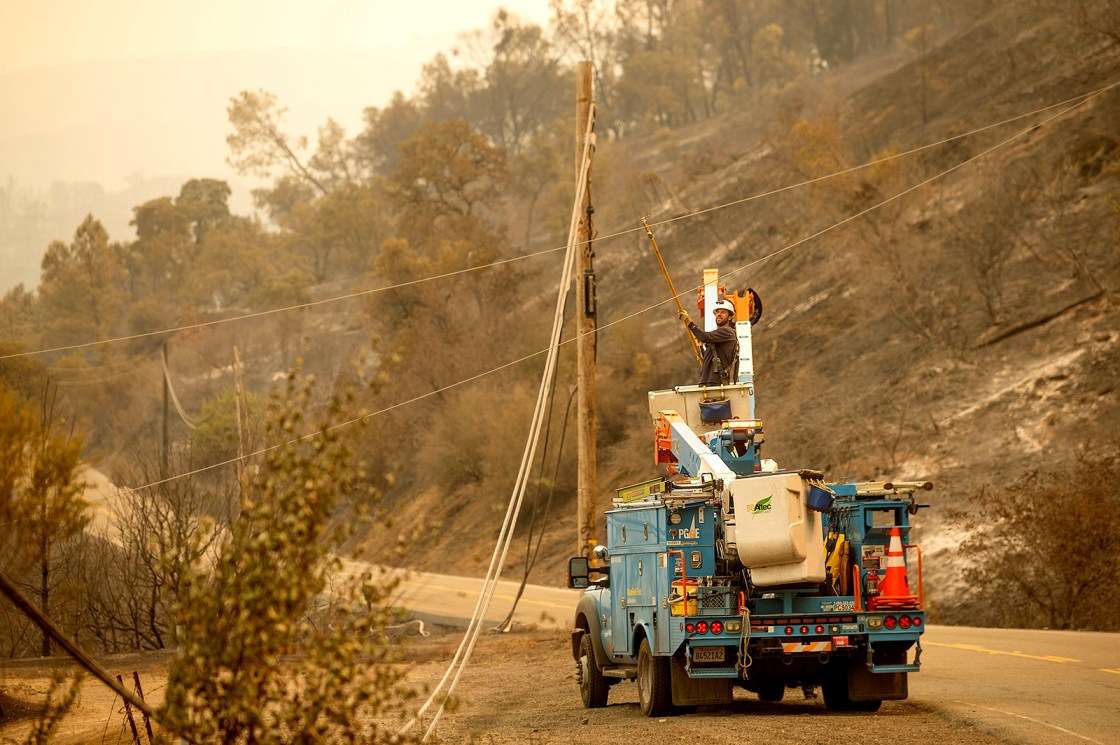 (CNN) — A California utility company has begun shutting off power to nearly 53,000 customers as hot, dry and windy weather threatens to spark yet more fires.

Wildfires in California have burned over 4.1 million acres in the state this year and claimed the lives of 31 people, according to Cal Fire. As a response to the onset of weather conditions favorable to fanning fires, Pacific Gas and Electric, which has been blamed for the deadly 2018 Camp Fire, is shutting off the power to prevent its equipment from sparking blazes.

The third phase, which starts Thursday, will affect approximately 700 customers in parts of Amador, Calaveras, Humboldt and Trinity counties.

PG&E expects to restore power to all affected customers by Friday night, according to the release.

PG&E officials said during a news conference that while this event affects fewer customers compared to previous similar events, it covers a larger portion of counties.

Last year, a PSPS from the company impacted about 738,000 customers, the company said. Some were left in the dark for days, according to California Gov. Gavin Newsom, who demanded the company provide rebates or credits.

“We understand that power shutoffs are more than an inconvenience for our customers and we did not live up to their expectations when it came to communicating this event,” Bill Johnson, the company’s CEO said in a statement.

“It’s important to remember that the sole purpose of these power shutoffs is to reduce the risk of catastrophic wildfire in the communities that we serve.”