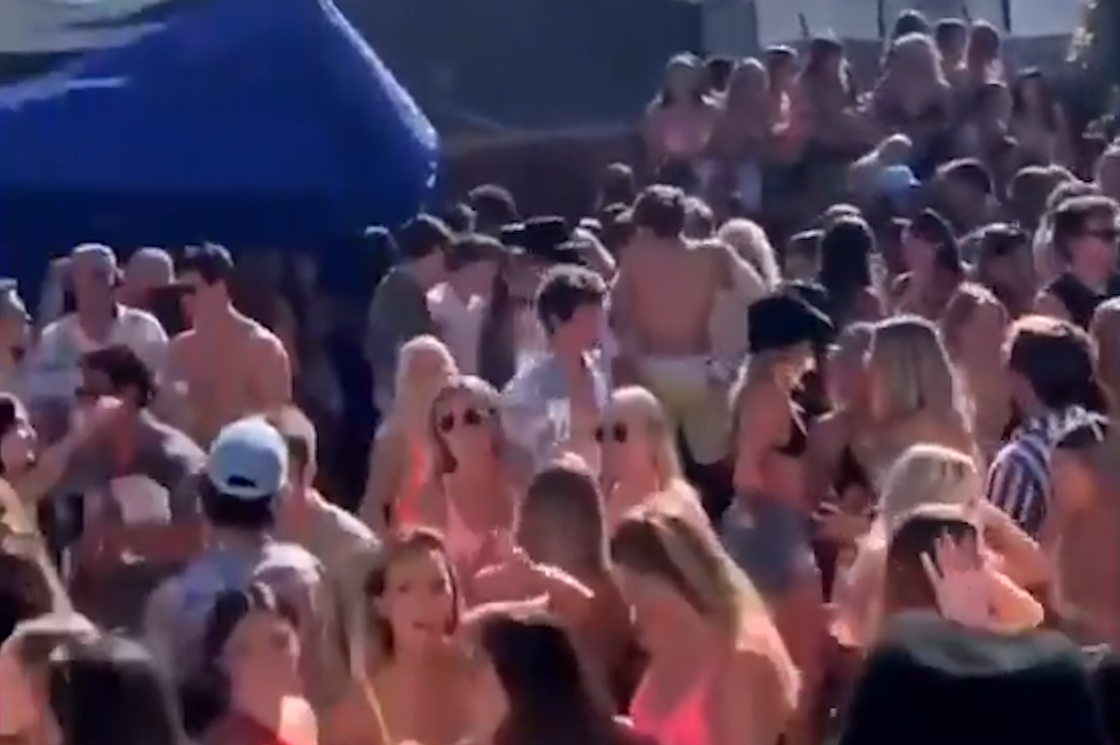 SAN DIEGO (CNS) – A viral video showing a massive daytime party that took place in the College Area on Oct. 10 has sparked a response from San Diego State University, it was reported Thursday.

The video posted on Twitter by user @sharky_marky17, whose name is Mark-yves Guanin, shows more than 100 maskless students, crammed into a backyard with music blasting, CBS8 reported.

Giant party at a house near sdsu this weekend 🤢🤢 pic.twitter.com/iLEsQuZcXh

SDSU replied to the tweet saying they were aware of the incident.

“This situation has been formally reported to SDSU and the university is looking into the matter,” the tweet read.

Despite having the largest number of cases out of any university in the state of California, these parties are commonplace nearly every weekend in the College Area, students and neighbors living in the area told CBS8.

The party took place at a house near SDSU and was posted by an Instagram user that had the fraternity Phi Kappa Psi listed in their bio, according to the news station. The Instagram user by the name of Zack Heidenry took the fraternity reference out of his Instagram bio shortly after his video was made public.

CBS8 reported that, as of Oct. 12, 105 citations and warnings had been issued to off-campus violators of the university’s health code.

Many of these came from fraternities and other student organizations at the school, according to the television station.

New guidance from the CSU Chancellor’s Office expands the disciplinary action SDSU can take for off-campus violations, CBS8 reported. Previously, the school could only target off-campus violations if they were related to student organizations like Greek life. Now, they can target the individual behavior of students who are not affiliated with campus clubs.

As of Wednesday, the university has had 1,196 COVID-19 cases since the fall semester began. Those cases include 415 among students living on- campus, 756 among students living off-campus, 13 among visitors to the campus and 12 among faculty and staff, according to the university. None of the cases have been linked to in-person learning environments.

On Monday, SDSU brought back more than 150 in-person classes after a nearly six-week pause on the learning structure.

Many of these classes are labs and small classrooms that benefit heavily from in-person participation, CBS8 reported. These include lab courses, musical instruments and theatre courses.

The university also recently implemented mandatory testing for all students living on-campus, as well as biweekly testing for students taking in- person classes.