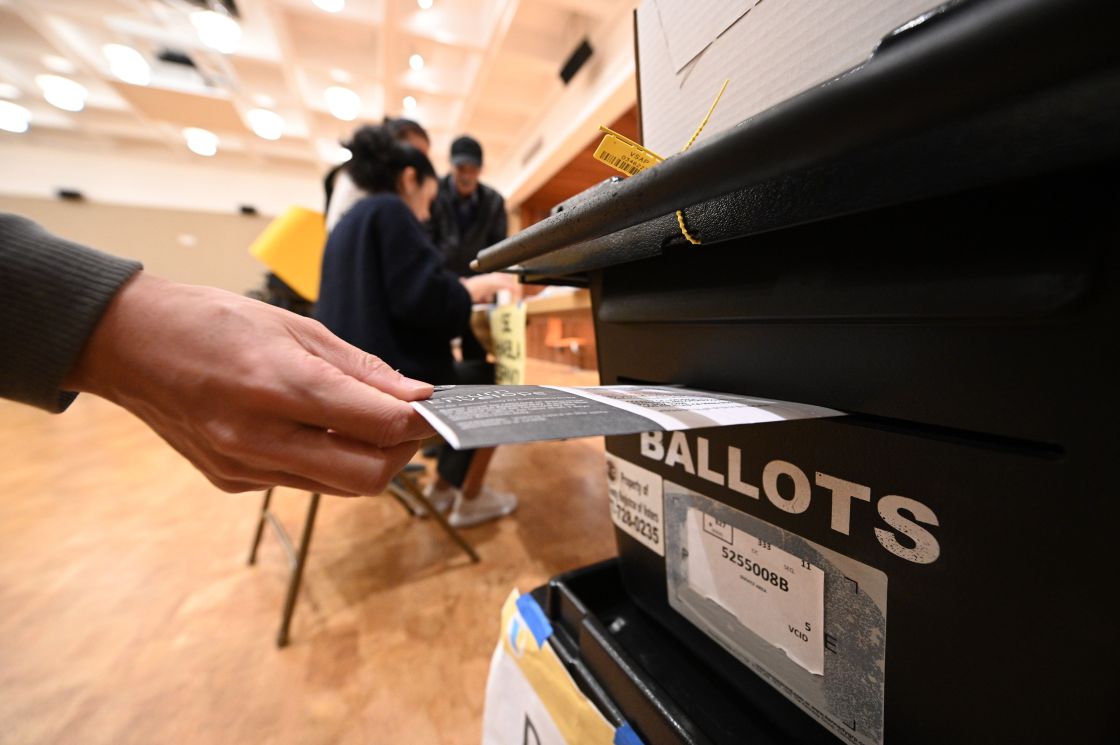 President Donald Trump has been vocal about voting by mail, “… it’s a disaster.”

And it seems here in Riverside County, people on the right and left are taking it to heart. Everyone we spoke with felt they had to personally turn in their ballots to  the registrar of voters office to be counted.

“I’m not taking a chance it’s too vital this time you have to vote and I had to make sure I put it in,” says Joanna Leger from Riverside.

Mary Collins and her husband both drove to the Registrar of Voters Office in Riverside to drop off their ballots, “I believe it would be better to come down here to the registrar of voters to drop it off but i still am a little skeptical because of the things that have been happening with ballots,” adding they cast their votes for Trump.

“I wasn’t sure it was going to arrive in time or arrive to the correct address and it was really important that my vote be counted,” said Steven Thomas, who drove to the office to vote in person.

“The reason I‘m voting here to bring my you can’t trust the postal system any more there’s so much crookedness plotting, planning, conniving so many ways that people’s votes are being suppressed,” said Carla Harris from Moreno Valley.

All across the country early voting is setting records, according to United States Election Project, so far over 41 million people have cast their ballot. At this time in the 2016 election only 5.6 million people had voted.

“I don’t want my ballot to be discounted in case the administration decides by some fiat to stop the counting of the mail in ballots,” said MaryPat Gates who drove from Murrieta with her husband to vote in person.

“The last 20 years I have mailed them, but this year because of the voter suppression going on all across the country I felt the need to drop it off,” said Edward Young from Riverside.

Several people also said they’re voting early because there might be intimidation and violence on election day.

“It’s the reality that we’re living in I hope that my fears aren’t true and don’t come to fruition,” says Thomas.

“I don’t want to get caught in the wrong place, I don’t want to have to defend my family and hurt someone else so on that particular day we’re going to stay in,” says Young.

“It’s going to be totally different this day you’re going to see all kinds of abnormal things we’ve never seen before,” says Harris.

Leger is 72-years-young and has been voting since she was eligible, she says voting here was fast and easy but she came prepared to wait for hours if she had to because she says it’s nothing compared to the price many paid for this right, “My people fought bled and died for the privilege to be able to walk into some place to and make a legitimate vote and it be counted.”