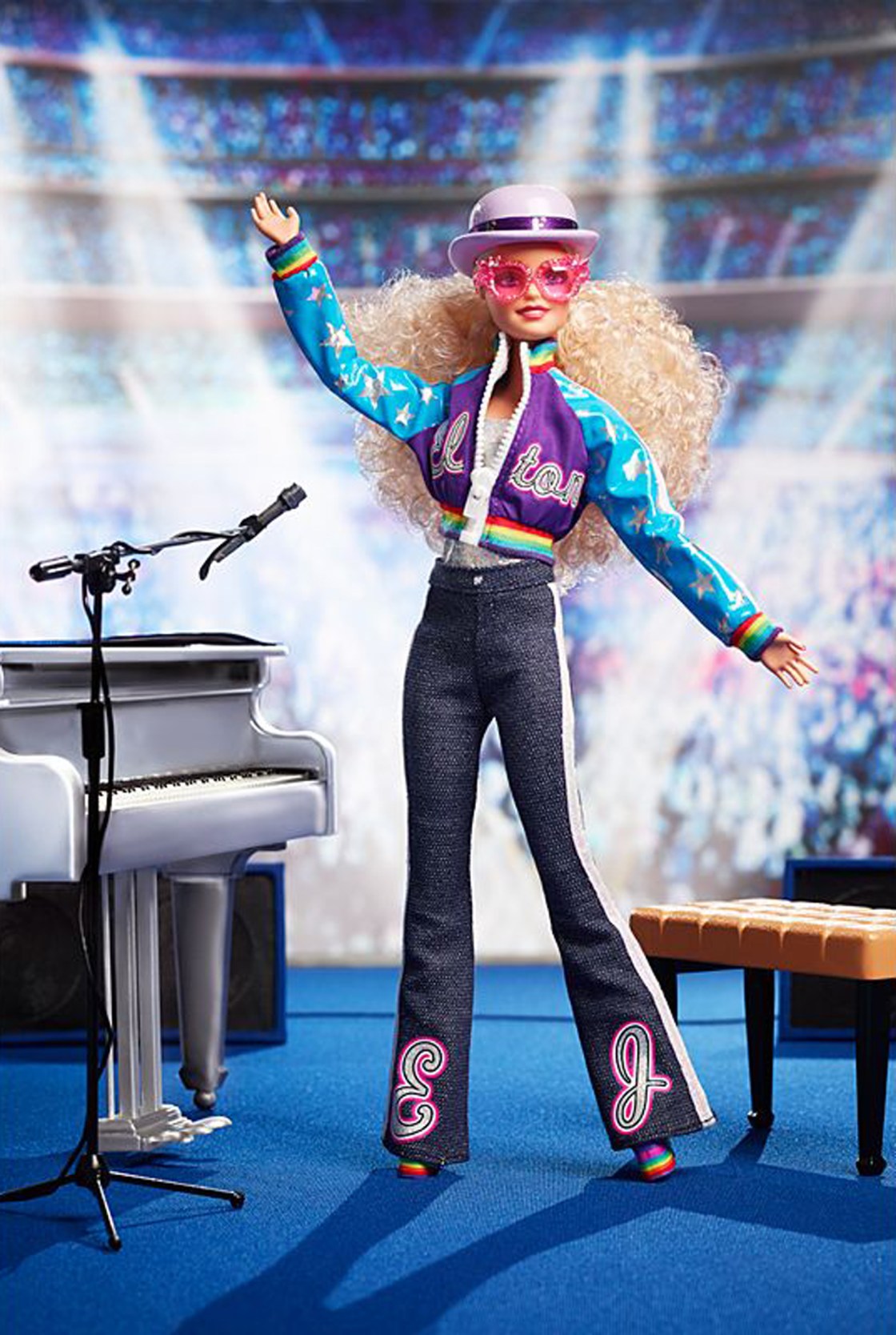 Elton John is getting his own Barbie doll

(CNN) — Elton John is getting his very own Barbie doll. And while the doll won’t look like the Rocket Man, it will be styled in his likeness.

The limited-edition Barbie doll, which was released on Mattel’s website on Thursday, will have a glittery top and flared denim complete with the singer’s initials.

Her multi-colored “Elton” bomber jacket has stars on its sleeves and rainbow stripes on its hem. She will also have rainbow-patterned platform boots, a purple bowler hat and Elton’s signature sparkly pink sunglasses.

“The Elton John Barbie doll is a bold collaboration that personifies two cultural icons and honors the extraordinary artistry and musicianship of a stellar performer,” the doll’s description on the Mattel website reads.

So, what’s the occasion?

The doll, which retails for $50, was released to mark the 45th anniversary of the singer’s record-breaking two-day performance at the Dodgers Stadium in October 1975.

At the time, the 100,000 attendees made it the largest concert ever for a single artist.

“Barbie is an icon in her own right, so having her pay tribute to my work and personal style is a real honor,” Elton John told Rolling Stone. “I hope that she inspires fans everywhere to fearlessly pursue their own dreams and limitless potential.”

The Elton John Barbie doll can be bought on the Mattel website or on Walmart’s online store.