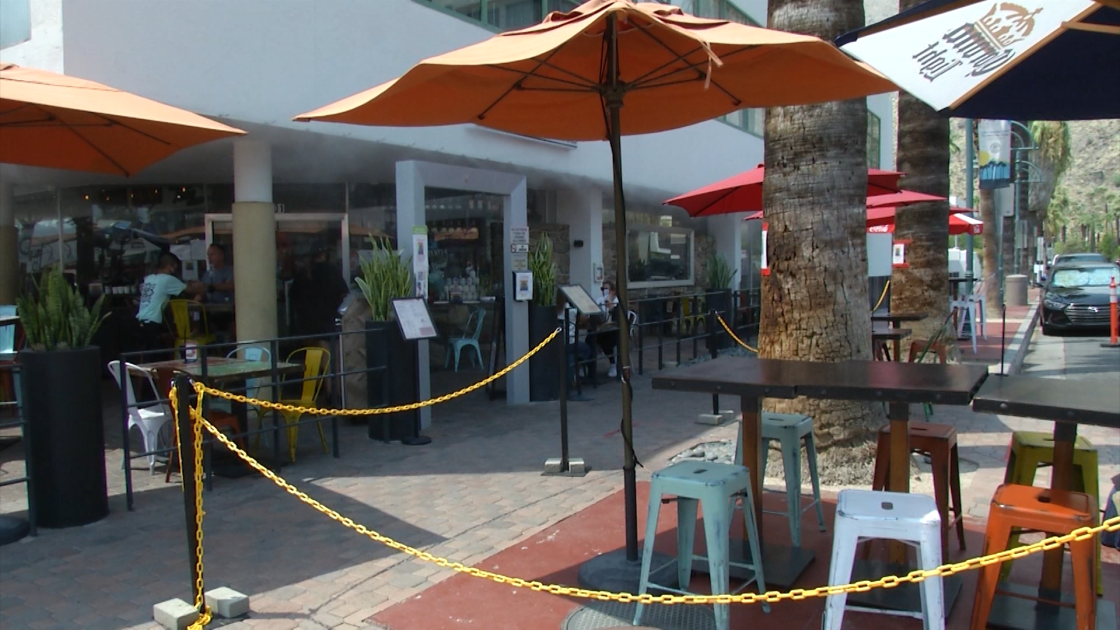 Changes are in store for the outdoor dining set-up on Palm Canyon Drive in downtown Palm Springs. This comes after a lawsuit and many complaints being brought to the city’s attention.

The city was sued on October 1st, the lawsuit asking for a reversal of the road closer saying closing down this portion of palm canyon drive has caused many businesses to fail. An experiment that started in early September closing Palm Canyon Drive from Baristo Road to Tahquitz Canyon Way is now set to change sometime next week.

Larry Kramer, a business owner with about a dozen properties on the closed portion of Palm Canyon Drive is suing the city seeking a reversal of the set-up.

“This whole road closure thing has not been good for business whatsoever, it has really impacted us,” explained Michelle Gonzales, Owner of Oooh La La! Shoe La La!

Her store is located on the closed stretch of palm canyon drive, and she says she knows of no one who wants it to remain this way. The city has stated before, that this experiment is a work and progress, now planning to open the two middle lanes to allow traffic to flow through.

“Restaurateurs will still be able to to be out on palm canyon, were going to protect them and guard them with k-rails,” said David Ready, City Manager of Palm Springs.

“Ideally, I would like it completely open, am I going to be somebody to complain about two lanes being open and not the whole thing? I don’t think so,” added Gonzales.

David Mariner, Co-owner of The Village has been very vocal about this issue from the start and spoke to our cameras in early September.

“We’re about 70% of where we were last year and when we were opening we were getting momentum but after we did this again and labor day weekend, it stopped all the momentum and we’re about 40% less than what we were trying to get back to,” explained Mariner.

Other businesses in the area, not in the closed portion, say they would like to see the whole strip open.

“To me, if you have a business, and you pay for that business and you’re a running business, with the understanding that the roads open, I think the road should remain open because if you close off the street that obviously is going to affect your business,” said Jason Nutter, Owner of Music Heals Inc.

“We really struggled with what is the best thing to do, and so that’s why we’re going to go ahead and make these modifications, but again city council has made it clear that if this doesn’t work, then we’re open to further modifications,” said Ready.

The city has until November 10th to respond to the lawsuit, but they are hoping to resolve this matter once changes are made later this month.