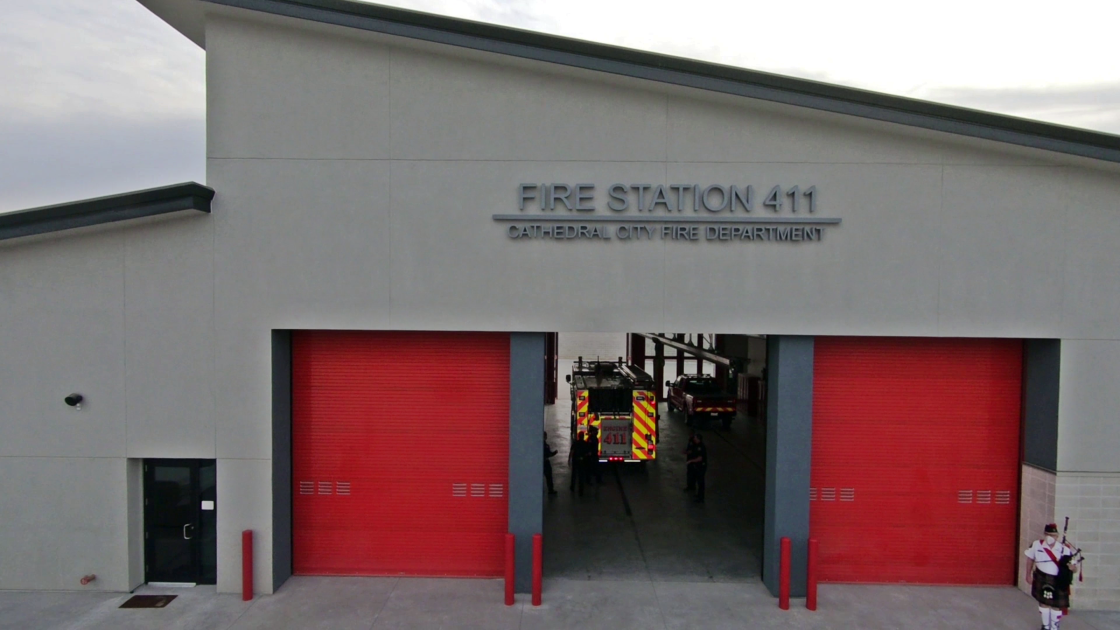 Fire Station 411 is located across the street from the former fire station it replaces, on the southwest corner of Buddy Rogers Avenue and Date Palm Drive. 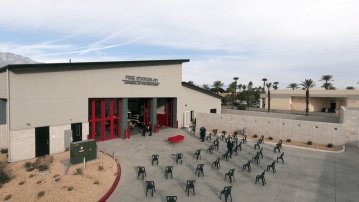 It will house a 10-person emergency response crew and garage and ambulance, a ladder truck and a new $700,000 fire engine that recently went into service, according to city spokesperson Chris Parman.

The new station has dorm facilities, a kitchen, office space and fitness center and was designed to remain in service for the next 50 years, Parman said. 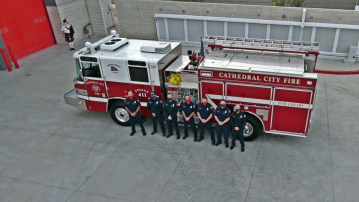 Funding for the station came from land sale receipts in the downtown area, with a large portion coming from the Agua Caliente Band of Cahuilla Indians’ purchase of nearly 13 acres of land at the northwest corner of Date Palm Drive and East Palm Canyon Drive, where they are currently building a mixed-use gaming and entertainment center.

Mayor John Aguilar, the City Council and Cathedral Fire Department officials were among those who attended the dedication ceremony.

“This building symbolizes the community coming together to offer a modern structure that recognizes our appreciation for Cathedral City’s dedicated firefighter/paramedics and firefighter/EMTs,” Aguilar said in a statement. 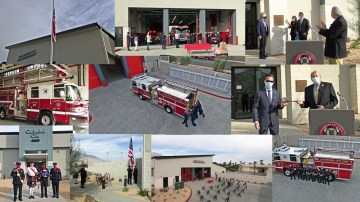 The city plans to host a grand opening for the fire station that will allow the community to share in the celebration once COVID-19 restrictions are lifted, according to Parman.