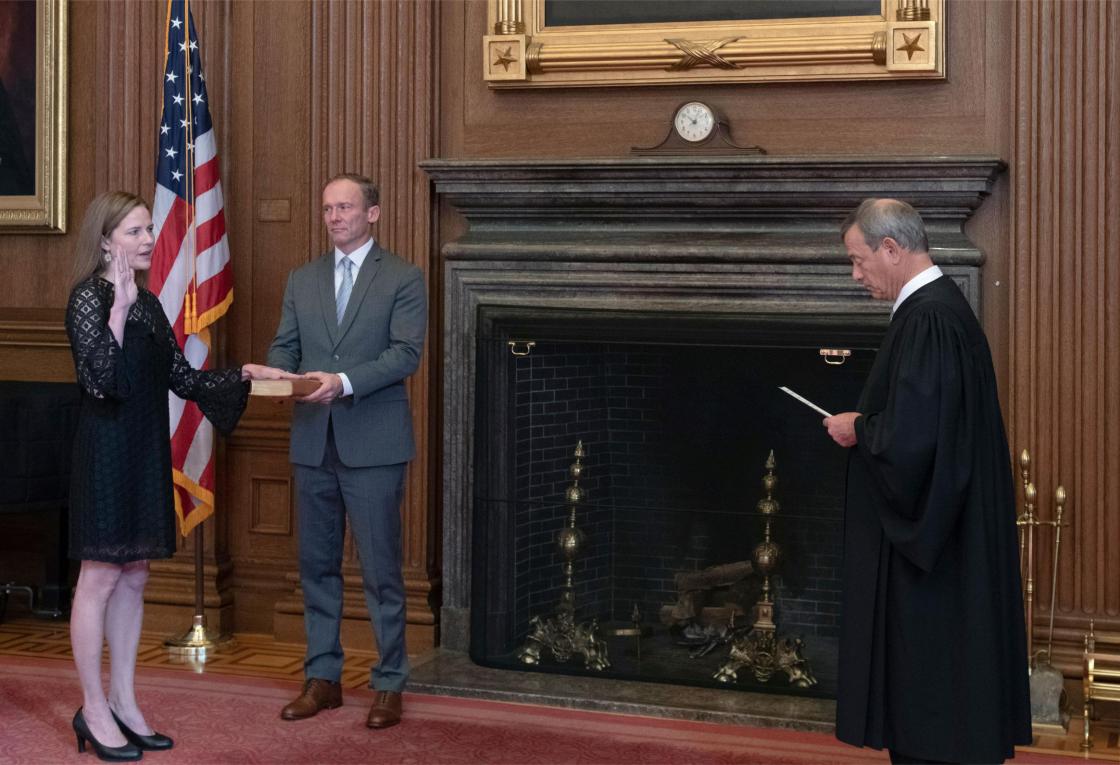 The ceremony took place in the East Conference Room of the court and Barrett is seen a photo shared by the court with her right hand raised and left hand placed on a Bible held by her husband, Jesse, as she took the oath.

All Supreme Court justices participated in the ceremony except Justice Stephen Breyer, who listened by phone from his home in Cambridge and felt it was safest to avoid travel and attend virtually, according to the court’s public information officer Kathy Arberg.

All attendees wore masks and observed appropriate social distance for the ceremony, the court said. Barrett’s children did not attend.

Barrett was confirmed by the Senate with a 52-48 vote on Monday.

At the White House Monday, Barrett said in a speech it was “a privilege to be asked to serve my country” and highlighted the “separation of duty from political preference.”

“My fellow Americans, even though we judges don’t face elections, we still work for you. It is your Constitution that establishes the rule of law and the judicial independence that is so central to it,” she said. “The oath that I have solemnly taken tonight means at its core that I will do my job without any fear or favor, and that I will do so independently of both the political branches and of my own preferences.”

Barrett, 48, begins her tenure as associate justice of the Supreme Court a week before Election Day and is likely to serve on the court for decades. Her seat on the bench gives conservatives a 6-3 majority, shifting the makeup of the high court that could affect a range of issues that could come before it, including potential disputes regarding the 2020 election and the future of the Affordable Care Act.