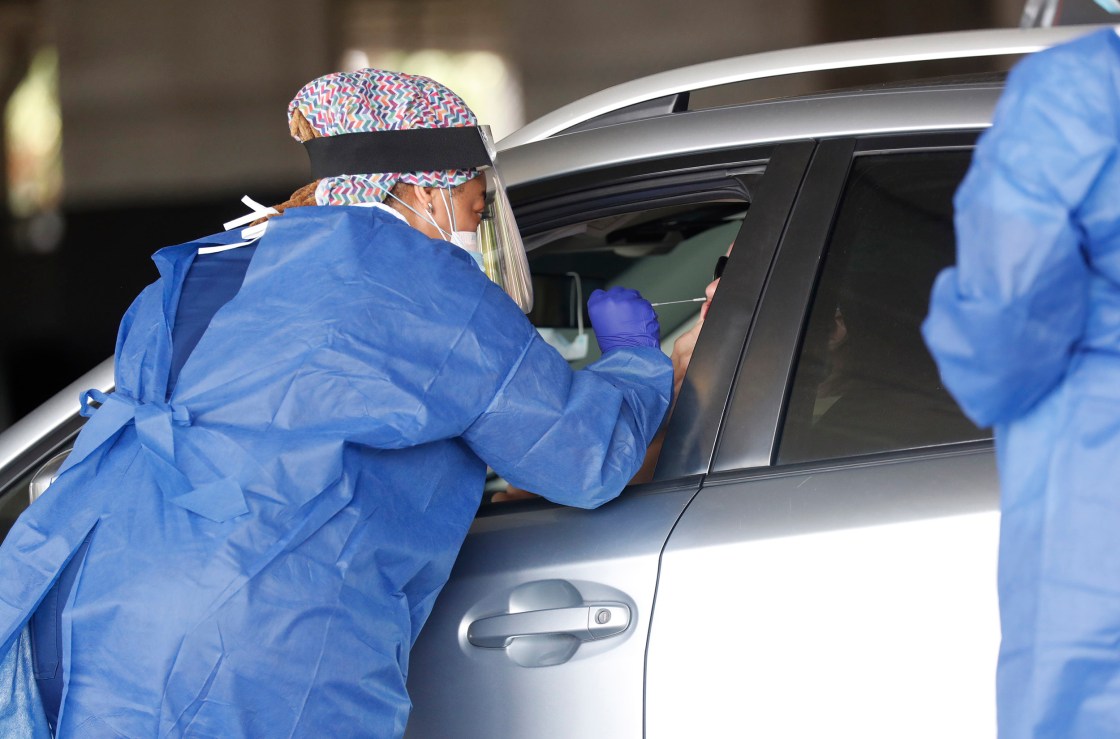 RIVERSIDE (CNS) – Riverside County’s coronavirus positivity rate has climbed to 5.6% amid a significant increase in the volume of people being tested countywide, health officials told the Board of Supervisors.

“There’s been a tremendous amount of effort to increase testing in the county,” Saruwatari said, happy with the development.

With the increase in screening, there has been a proportional rise in positive results. The state-adjusted 5.6% positivity rate compares to an overall rate of 5.2% last week. Additionally, the daily COVID-19 case rate is now 10.1 per 100,000 under the California Department of Public’s Health criteria. The previous rate calculated by the state was 9.1 per 100,000.

Except for the positivity rate, which is still low, the other figures make the county ineligible for movement back into the “red tier” under the CDPH’s parameters.

The agency last Tuesday reclassified the county in the “purple tier,” the most restrictive under Gov. Gavin Newsom’s color-coded coronavirus regulatory framework, meaning some businesses that had reopened in recent weeks were required to close again, though the compliance level was unknown. The designation impacts gyms, restaurants, movie theaters and places of worship.

The aggregate number of COVID-19 infections recorded since the public health documentation period began in early March is 66,993, compared to 66,732 on Monday, according to the Riverside University Health System.

The RUHS reported eight additional deaths tied to COVID-19, bringing the county’s death toll from the virus to 1,303.

The number of known active virus cases countywide is 5,781, down 140 since Monday. The active count is derived by subtracting deaths and recoveries from the current total — 66,993 — according to the county Executive Office. The number of verified patient recoveries is 59,909.

The number of COVID-positive hospitalizations is now 166, compared to 164 previously, and that includes 58 intensive care unit patients — two less than Monday.

All COVID-19 hospitalization counts are currently at or below levels reported in April, and Emergency Management Director Bruce Barton reiterated to the board Tuesday that “hospitals have resumed normal operations.”

He additionally confirmed that temporary overflow COVID-19 emergency treatment facilities at the Indio Fairgrounds and the shuttered Sears building on Arlington Avenue in Riverside had been “broken down” and the equipment stored in a warehouse for lack of need.

The board approved a self-directed reopening plan on Oct. 6, but the timetable originally included with the plan for allowing businesses to fully open was removed on a 4-1 vote because it would have conflicted with state mandates.

County CEO George Johnson was authorized to implement reopening policies outside of the state’s schedule, but Johnson said more than $100 million in relief grants from the state would be at risk if the county moved independently.