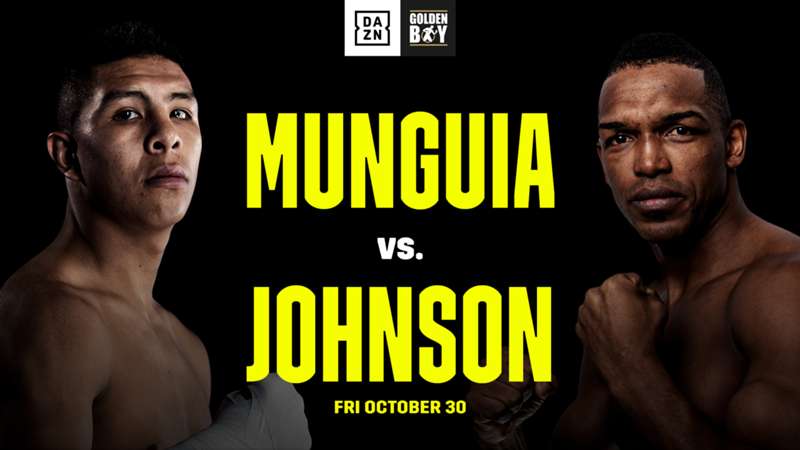 On October 30th, Fantasy Springs Resort & Casino in Indio is hosting a boxing match between Tureano Johnson and Jaime Munguia, the highly anticipated middleweight match-up of the year.

Tureano Johnson is a seasoned veteran boxer, with a record of 21-2-1 and is also a former Olympian.  He comes all the way from the islands of the Bahamas, and he is really excited about the fight this week.

JOHNSON: “Excited is an understatement for how I feel at this moment.”

A huge test for both Munguia and Johnson.

Jaime Munguia is trying to move up in weight and prove himself, to become a middleweight contender. It is even rumored that if he does prove himself against Johnson this week, that he might go up against Canelo Alvarez. For you to have that in the back of your mind, how do you approach this fight?

JOHNSON: “I believe that Munguia (the mentality) he ought to have is that, Tureano is the major fight of my life right now, not the Canelo fight. Tureano is the most important fight of my life. I don’t believe he is going to be able to accomplish that. I don’t think Munguia has proven himself even as a junior middleweight. You know, to be one of the elite I don’t think he’s even proven himself to take the first step forward.”

Johnson sees himself as a roadblock that Munguia will not be able to move past and believes he is the better contender over Munguia.

JOHNSON: “There’s a lot of dimensions to Tureano you know, being one-dimensional was something that I used to be. Now, I have a lot of tools that I can use. Tureano is going to come into that ring, and I am going to do everything that I possibly can, whether I use my skills, my speed, my endurance, you know, something’s going to work.”

There will be no fans, and barely any media at this event. For someone who is used to fighting in his opponent’s backyard, Johnson thinks that having no fans will work to his advantage.

JOHNSON: “One thing I can say, about the fans, is there are many fighters out there, you can give them a hell of a beating, and you can’t knock them out because their pride stands with their fans, you know. They don’t want to get knocked out in front of their fans. So, Munguia is not going to have his fans there, so you just may be able to witness the first time Munguia get knocked out and all that is because you’re (Munguia’s) fans ain’t there.”

This fight will be available exclusively to stream on DAZN.com: https://schedule.boxingscene.com/event/jaime-munguia-vs-tureano-johnson–856/