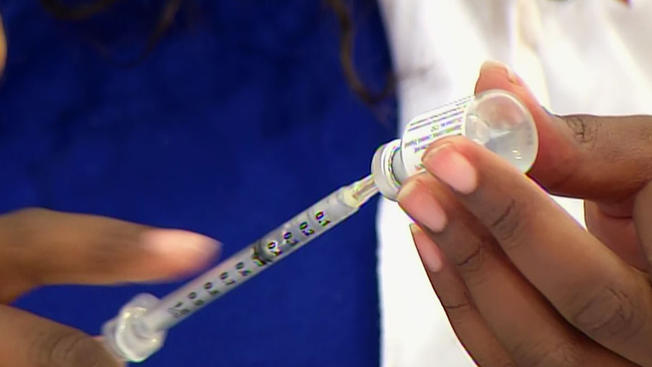 Covid on the Rise as Flu and Holiday Season Hit

COVID numbers across the country hit a new milestone on Wednesday: 100,000 cases in one day. The head of the Centers for Disease Control warns the worst is yet to come.

“The fall and the winter of 2020 and 2021 are going to be probably  one of the most difficult times that we’ve experienced,” said Dr. Robert Redfield, adding we must avoid overwhelming our healthcare systems.

Over the summer many hospitals in Riverside County were over capacity. During that time a military medical team helped ease the burden at Eisenhower Health.

But while local hospitalizations have been steady, Dr. Alan Williamson, chief medical officer at Eisenhower Health says COVID numbers are climbing here too, “The reality is we’re not even seeing a plateau yet, certainly nationally and even more locally in Riverside County it continues to slowly rise.”

County health officials have  been concerned about the rise, as hospitalizations trend up after the spike.

“It comes back to cases itself meaning we’ve had a general upward trend over the last month or so and what happens is hospitalizations and ICU cases are what we call a lagging indicator,” says Jose Arballo Jr., sr. public information officer with the Riverside County Department of Public Health.

But there is some good news.

“The community has really come through and increased their testing numbers so now we’re going to be even getting a positive formula where it will reduce our case rate,” said Arballo adding this will help our county move forward a tier in the state’s reopening plan.

Now we just have to keep that up plus be more careful as flu season, indoor weather, and tourist season hit the valley at at once.

“That’s just a recipe for increase viral infection spreading,” says Williamson, adding, “we’re heading into the worst part of the year for any viral illness.”

That’s why health experts worry the Thanksgiving holiday could trigger another surge. Still many insist their family gathering or holiday party will be safe.

“What we’re trying to argue is are we playing Russian roulette with three bullets in the gun or only one bullet in the one bullet in the gun, it’s still a dangerous game to play regardless and so it’s impossible to do it totally safely,” says Williamson.

Williamson says regardless of age or health, with this virus, you just don’t know how it will affect you, if it will cause permanent damage or death.

Many believe it’s just the flu. It’s not.

“There’s no question that this is much more contagious than the flu and it’s at least twice as deadly as even some of the worst flu seasons that we’ve seen,” says Williamson.

Williamson says in addition to continuing the COVID precautions of hand washing, mask wearing and social distancing, it’s more important than ever to get your flu shot this year.