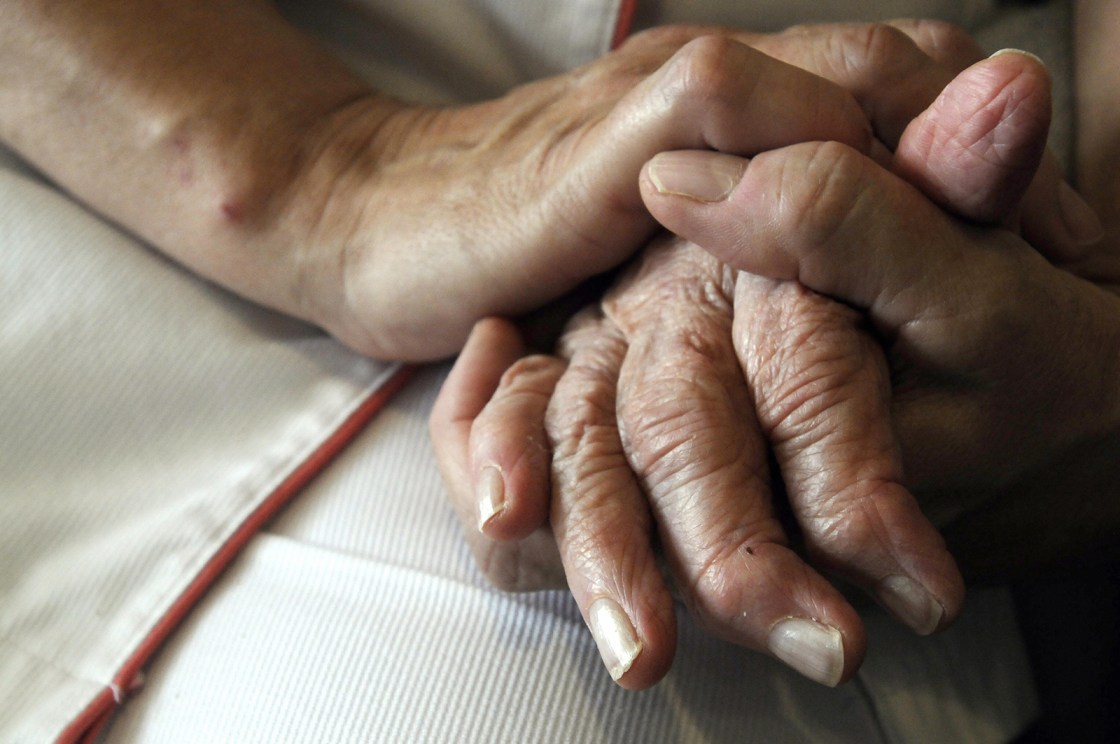 The US Food and Drug Administration soon will consider whether to approve a new Alzheimer’s drug for the first time in almost two decades.

The agency’s Peripheral and Central Nervous System Drugs Advisory Committee will meet on Friday to discuss aducanumab, an experimental treatment administered through intravenous infusion for early Alzheimer’s disease. The treatment was developed by the pharmaceutical giant Biogen and its Japanese partner Eisai.

The committee is expected to decide whether to recommend the FDA approve the treatment.

“This is not a meeting that’s going to decide whether there is approval or not. This is an advisory committee that will give a recommendation to the FDA and then the FDA will ultimately decide if they’re going to approve it,” Rudolph Tanzi, a Harvard professor of neurology and director of the Genetics and Aging Research Unit at Massachusetts General Hospital, told CNN on Wednesday.

“One would expect this advisory committee will have a lot of influence,” Tanzi said, but once the FDA considers the advisory committee’s recommendation, the agency may not take any action right away — possibly even until next year.

It remains unclear from a 343-page meeting document posted online Wednesday whether the committee is leaning toward approval, but some lines suggest support for the drug.

“I don’t know what’s going to happen on Friday. I don’t know what the FDA’s going to decide,” said Dr. Richard Isaacson, the director of the Alzheimer’s Prevention Clinic at Weill Cornell Medicine and NewYork-Presbyterian in New York, who had patients in the original aducanumab clinical studies.

“I do believe that aducanumab may be effective for certain patients with the earliest phases of Alzheimer’s, but it’s very hard to predict the opinion of the members of the advisory panel,” Isaacson told CNN on Wednesday.

“Because it’s not just a drug approval of ‘Does this work or does it help?’ But is it safe? There are aspects of cost. Is it going to be cost effective or deemed to make a clinically meaningful impact on patients’ lives? What are the rules going to be for someone to get it?” Isaacson said. “So there are multiple facets of this meeting and about this approval that really need to be hashed out.

“Are the data perfect and entirely definitive? I’d say not entirely likely in the opinion of the most stringent scientists,” Isaacson added.

In March 2019, Phase 3 clinical trials of aducanumab were discontinued because a futility analysis found the trials were unlikely to meet their primary goals at completion.

But several months later, Biogen announced that a new analysis, which included more patients, showed that those who received aducanumab experienced a significant reduction in clinical decline in one trial. Results for some patients in another study supported those findings, as well.

Then in July, Biogen completed its submission to the FDA for a Biologics License Application for approval of the drug. If approved, aducanumab would become the first immunotherapy to reduce the clinical decline of Alzheimer’s disease and would also be the first therapy to demonstrate that removing amyloid beta, a hallmark of the degenerative brain disorder, resulted in better clinical outcomes.

The advisory committee’s meeting document describes the effect of aducanumab in one clinical trial as “robust and exceptionally persuasive on several of the instruments used to evaluate efficacy,” and also makes note of the other negative study.

“There has not been an approval of a novel medication for the treatment of Alzheimer’s disease since 2004,” the document said. “Although there have been previous failures of other drugs that have been intended to target amyloid beta in some fashion, there are features of aducanumab’s pharmacologic profile and of the design of its clinical development program that are novel and distinguish it from prior efforts with these other agents.”

Experts emphasized that if the drug is approved in the future, it is limited to the treatment of only early or mild disease — so it won’t benefit all patients — and the therapy could be expensive.

‘Whatever the decision is, it’s a watershed moment’

“The optimal thing to do is to treat the amyloid before there are symptoms or at the earliest possible stage of the disease,” said Tanzi, one of the scientists who discovered the gene linked to the production of beta-amyloid in the mid-1980s.

“So that’s going to be the future: early intervention, early detection. Just like cholesterol and heart disease — you don’t wait until somebody has congestive heart failure and say, ‘Here take Lipitor.’ You test for cholesterol early in life, and if your cholesterol is high you try to manage it and if necessary, you take a drug to dip it down. In Alzheimer’s, beta-amyloid is the cholesterol,” Tanzi said.

“The other concern is this is an expensive treatment for the health care system,” Tanzi added. “I’m not sure what their price point is going to be, but it could be many thousands of dollars per year.”

The influential Alzheimer’s Association supports approval of the drug and submitted a letter of support ahead of Friday’s meeting saying that “there is a dire and drastic need to offer relief and support to the millions of Americans impacted each day by the crushing realities of Alzheimer’s.”

In a separate testimony, the nonprofit Public Citizen’s Health Research Group says that the FDA should not approve aducanumab for treatment of Alzheimer’s disease due to lack of evidence of its effectiveness.

Approving the drug “is likely to result in far more harm than good,” Michael Carome, director of the group, said in a written statement on Thursday.

There are diverse opinions among clinicians and researchers around whether aducanumab should be approved.

“A handful of the most respected scientists and researchers in our field have completely different opinions,” Isaacson said. “Whatever the decision is, it’s a watershed moment for the field of Alzheimer’s disease.”