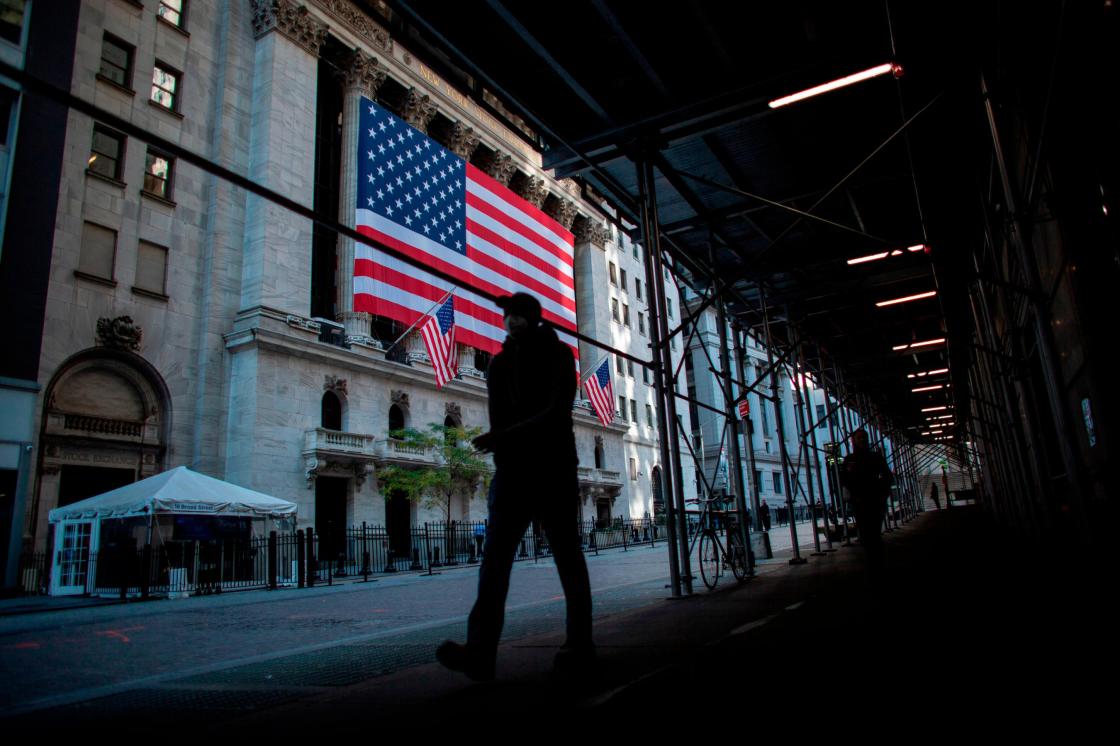 Stocks were mixed on Friday as investors still wait for a winner to be declared in the US presidential election. But Wall Street rebounded from earlier premarket lows after the jobs report showed the economy continues to recover from the worst of the coronavirus pandemic.

The Dow fell about 60 points, or 0.2% in mid-afternoon trading. The S&P 500 and the Nasdaq were up slightly. Stocks had rallied sharply for the past four days, a big rebound from last week’s market rout.

Even after Friday’s slide, the Dow and S&P 500 are still on track for about a 7% gain this week — the best since June. The Nasdaq has rallied more than 8% in the past five days.

The bet on Wall Street seems to be that there will be more stimulus from Washington at some point soon, whether Joe Biden wins the race for the White House or President Trump is reelected.

Another financial aid package is clearly needed given that the unemployment rate, despite dropping dramatically last month, still remains at an elevated level of 6.9%. That’s down from 7.9% in September — but sharply elevated from the 3.5% level in February before Covid-19 ground the US economy to a virtual standstill.

On Thursday, Federal Reserve chairman Jerome Powell also emphasized the need for even more fiscal help from Washington during a press conference after the central bank decided to leave interest rates at zero.

“There is still a fair amount of uncertainty about the economy,” said Dan Eye, head of asset allocation and equity research with Fort Pitt Capital Group. “The Fed may even need to step up and do even more.”

But investors also appear to be cheering the likelihood that the Senate will remain in Republican control. That could mean some of the more progressive policies pushed by more liberal Democrats may not make it through Congress, even if Biden is the next president.

In other words, the old “gridlock is good for Wall Street” narrative is alive and well.

“The market had made a half-hearted attempt of pricing in a blue wave,” said Timothy Chubb, chief investment officer with Girard.

“But if we have a split Congress and a potential President-elect Biden is not able to move forward with more substantial health care and tax reform, the market will ultimately see that as a positive,” Chubb added.

Still, there are concerns that a divided government could mean that Congress won’t wind up passing a big infrastructure spending bill — something that investors have been hoping for since Hillary Clinton and Trump squared off for the presidency four years ago.

“A blue wave would have been more beneficial because it would jave led to even more stimulus spending and higher economic and earnings growth,” said Steve Rick, chief economist at CUNA Mutual Group.

Meanwhile on Friday several high-profile momentum stocks, including Peloton, Roku and Square, rallied on the back of strong results.

Lynch will become the 40th woman leading a Fortune 500 company.