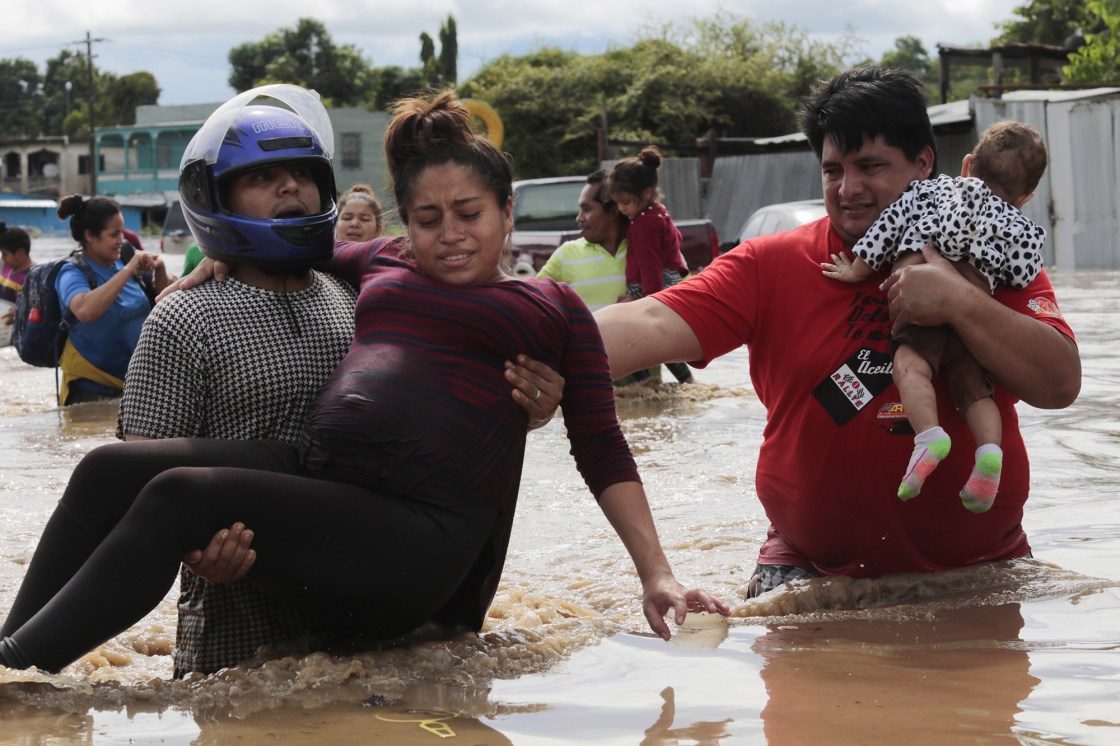 Dozens of people are dead and hundreds have been evacuated after Tropical Depression Eta slammed into Central America, flooding homes and bringing devastating landslides.

The storm has now reentered the Caribbean Sea and is forecast to pass over Cuba Saturday night into Sunday morning. It is expected to head toward Florida after that.

At least 50 people are dead in Guatemala due to landslides and flooding caused by the storm, Guatemalan President Alejandro Giammattei said late Thursday.

“This morning we counted four deaths; That figure has now risen to over 50 deaths due to the mudslides happening in the area of Huehuetenango and San Cristóbal,” Giammattei said.

The catastrophic rainfall caused deadly mudslides, leaving at least 25 homes buried in the central area of San Cristóbal, with approximately 50 people inside, according to Giammattei.

Rescue crews are on their way to the area on foot because access is severely hampered as roads have been destroyed by the severe rains, the President said.

It’s a similar scene in Honduras.

The deadly storm slammed into homes blowing away metal roofs and knocking down trees and power lines.

Two people are dead and six others missing in Eta’s aftermath. And more than 360,000 people have been impacted by the storm, according to the country’s Permanent Contingency Commission.

Severe flooding has forced people to put whatever they could save on higher ground. In some neighborhoods there were refrigerators, couches and soggy mattresses left in a jumble in dry spots where the water did not reach.

The latest official numbers reveal that more than 3,500 people are being housed in 41 temporary shelters. The country’s infrastructure has taken a pounding too: Nine bridges have collapsed, 51 roads damaged and 41 communities are now isolated.

The region will continue to get heavy rainfall through Tuesday morning. Eastern Honduras, eastern Nicaragua, southeastern Mexico, Jamaica, the Cayman Islands and parts of Cuba will be affected by the rainfall.

Eta on its way to Cuba and Florida

But Tropical Depression Eta is not done yet.

It’s expected to strengthen back into a tropical storm by Friday, as it heads northeast toward Cuba.

It is currently forecast to pass over Cuba on Saturday night into Sunday morning before turning back to the northwest and entering the Gulf of Mexico early next week, according to CNN meteorologist Robert Shackelford.

The storm is expected to bring tropical storm-force winds, surf and heavy rainfall. Currently, the storm has sustained winds of 35 mph with even higher gusts.

After pummeling that region, Eta is expected to head toward Florida.

As the storm moves across Cuba and over the Straits of Florida, it will enhance the heavy rainfall potential across southern Florida, especially across the east coast metro region.

“Recent heavy rain across the region has led to saturated ground and urban flash flooding could become a threat by the end of the weekend and into early next week depending on the forward movement of the storm,” CNN meteorologist Derek Van Dam said.

But it is still unclear how strong Eta will be by the time it approaches Florida, he added.

A flood watch is in effect for the southeastern coast of Florida, from Friday evening through Tuesday evening, with five to ten inches of rainfall possible.

Eta had made landfall along the coast of Nicaragua as a Category 4 hurricane on Tuesday afternoon.