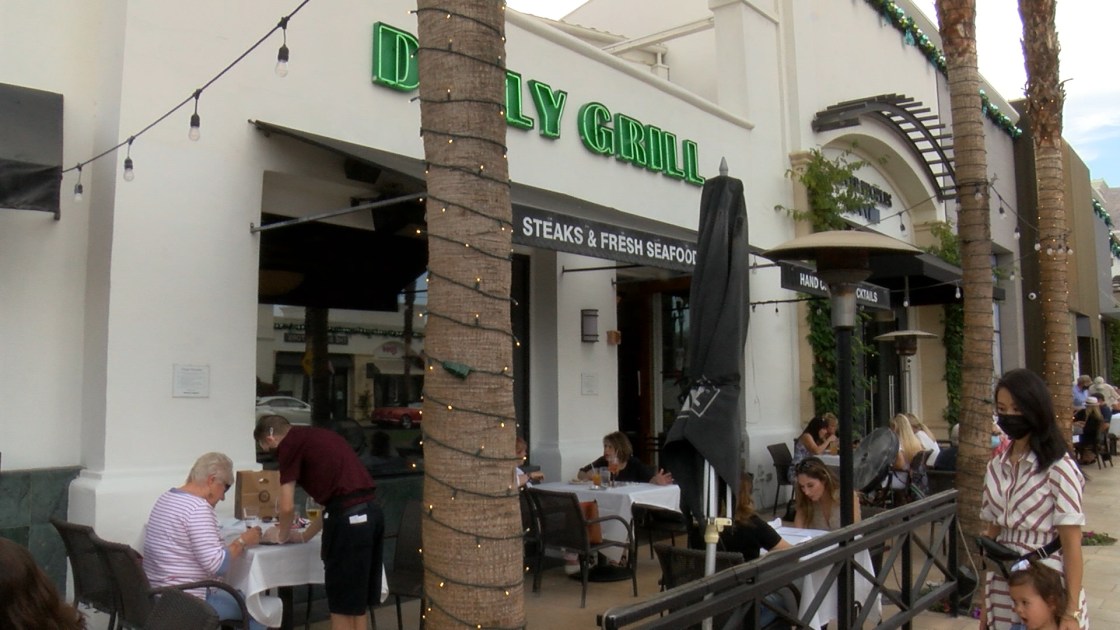 As Riverside County prepares to learn if we will move tiers this coming Tuesday. NBC Palm Springs spoke to public health officials to see where the county stands and what local businesses are doing to prepare.

“In a week we’ve gotten 4,939 cases, reporting from one Friday to the next, and 54 deaths. that’s an uptick,” said Jose Arballo Jr., Senior Public Information Specialist with Riverside County.

Hospitalizations are up and so are ICU cases, but health officials say they aren’t the kind of number we were seeing in June and July.

That is for the case rate, and though numbers seem to be rising, officials say testing is still the key to getting where we want to be.

Local restaurants who have been shifting back and forth, as rules and regulations change say being patient but hoping to revert back to indoor dining soon.

“I can’t really say I can predict what’s going to happen, we’re hoping for the best, that we can go back to dining inside,” said Scott Johnson, General Manager of Daily Grill in Palm Desert.

“Next Tuesday we should have a good idea of where we are going to be, and remember we have to have the numbers in the red for a two week period before we can go back,” said Arballo.

In the event the county needs to remain in the purple tier, businesses say they will look toward city officials for guidance.

“I’d really like to see the support from the city and city council to help us to expand out into el paseo, maybe like in palm springs, what they’re doing there,” said Johnson.