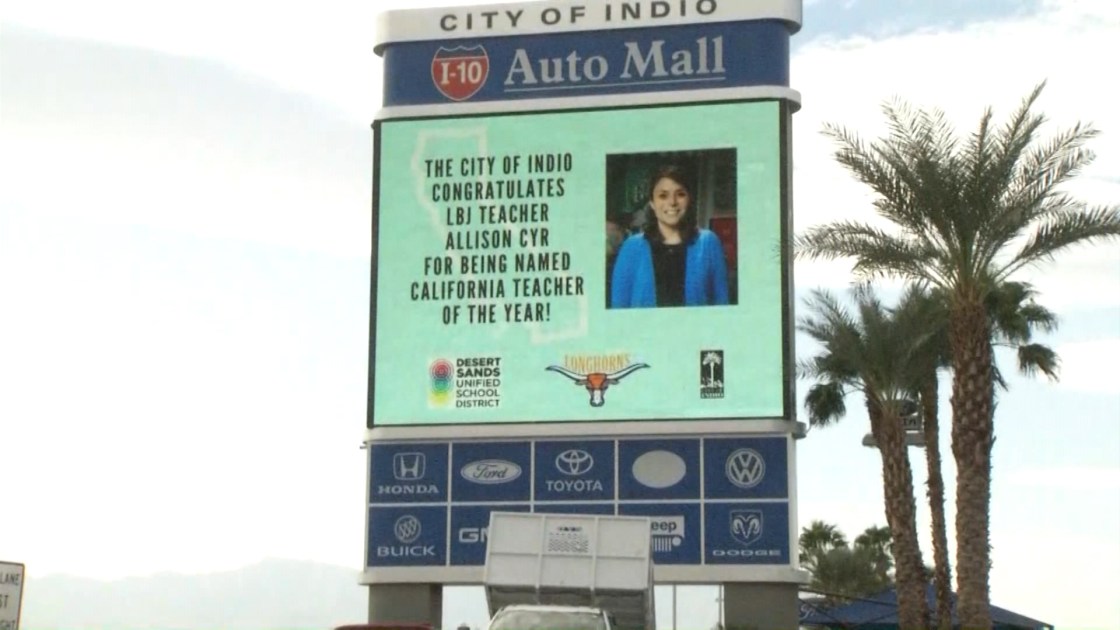 Local Teacher Named One of California’s Teachers Of The Year

A local educator has been named California Teacher of The Year for 2020. Allison Cyr was selected to be one of only five teachers in the entire state to be named teacher of the year.

NBC Palm Springs chatted with her about her special achievement and the special recognition to come. Allison Cyr grew up in Indio and has been teaching in the community for 9 years.

“To be this far along so early in my career is truly humbling and obviously I’m doing something right,” said Cyr.

Mrs. Cyr has some interesting incentive programs for her students, she pays them for each assignment they complete.

“Over the course of teaching I have taught my students that it doesn’t matter what they are doing, that they have the ability to change a life,” said Cyr.

The money raised goes to a program called homework for a cause.

So it was only natural to pick his charity to donate to, the “15 and The Mahomies Foundation.”

“I pay them, not them actually, but we have a little tally and so yesterday I said, ok this is how many assignments, over the course of the week, we had done like 200 and something. we had to practice multiplication, so it ended up being, we’re donating $63 dollars and 25 cents to that foundation,” explained Cyr.

The city of Indio plans on honoring Mrs. Cyr at its next council meeting presenting here with a proclamation via zoom.

“The fact that there are so many amazing community members and they wanted to acknowledge me is, I’m not used to that, I’m not used to eyes being on me, I’m usually the one that that is like let’s put the eyes on you, let’s celebrate you, so it’s truly humbling, I don’t know how to take it,” said Cyr.