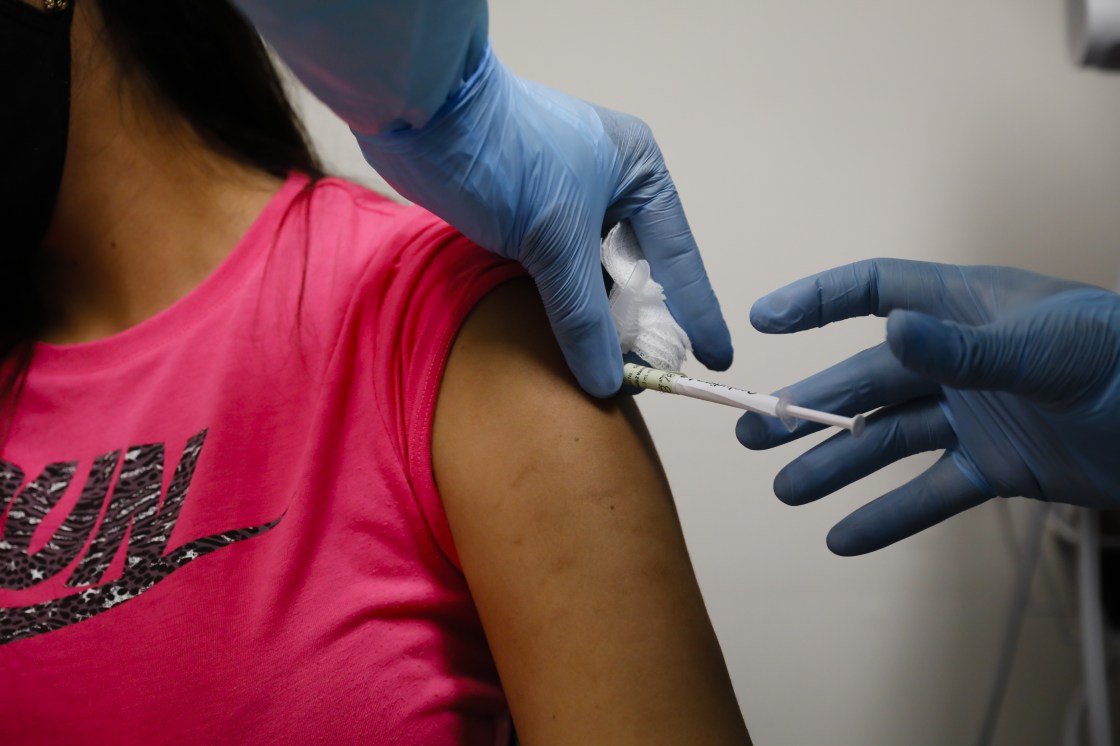 (CNN) — US stocks surged Monday after Pfizer said its Covid-19 vaccine is 90% effective and Joe Biden was projected to be the winner of the presidential election over the weekend.

At this rate, the Dow is on pace for one of its best days of the year and one of its biggest daily point gains in history. The index is also very close to its February all-time closing high and has already set a new intraday record high.

“The strong results from the Pfizer vaccine were better than most expected and means we could be opening back up sooner than expected,” said Ryan Detrick, chief market strategist for LPL Financial, in emailed comments.

Along with an economy that will continue to recovery, this could make for a much better 2021.

The Nasdaq Composite climbed 0.8%, but the tech-heavy index is lagging behind as many tech stocks that benefited during stay-at-home orders went into reverse. The Nasdaq is still below its September record, but it’s not far off.

Pfizer’s much-better-than-expected vaccine efficacy announcement, albeit an early look at its data, is just what Wall Street had been hoping for. The coronavirus pandemic has caused historic economic turmoil across the globe, and cases are surging to new records every day. That threatens to tip the scales and send the US economy heading in the wrong direction once again.

Although the vaccine is not set to be widely administered soon, Pfizer said it plans to seek emergency use authorization from the US Food and Drug Administration soon after volunteers have been monitored for two months following their second dose of the vaccine.

The drugmaker’s CEO Albert Bourla said Monday that the company expects to have 1.3 billion doses of the vaccine globally next year, on top of 50 million doses this year. Two separate production lines, one in the United States and one in Europe, will make the vaccine.

Pfizer’s stock surged some 14% at the opening bell but backed off a bit, with shares up 9% at midday.

The vaccine news was good for pharmaceutical stocks, including Dow components Merck and Johnson & Johnson, both of which were higher before the bell.

But the positive sentiment helped industries battered by the pandemic as well: Cruise lines, including Norwegian and Carnival shot higher, and airline stocks soared, too.

Oil, which had been plunging as the economy took a turn for the worse, fared better Monday morning. US oil prices were up more than 10%.

On the other end of the spectrum, stocks that benefited from the stay-at-home work culture since the spring — such as Zoom, Amazon and Netflix — tumbled.

Monday’s rally led to broker outages on the high volume of trading. TD Ameritrade and Fidelity both addressed the outages on Twitter with messages linking their tech issues to the heavy volumes, while Charles Schwab acknowledged the outage.

Even before Pfizer’s vaccine news, stock futures had been pointing to a higher open. With the uncertainty surrounding last week’s US presidential election mostly in the rearview mirror, investors have been focusing on the positive effects of a Biden presidency: The first reaction to Biden’s official projection as the winner over the weekend was a positive one.

The market also rallied last week, as the market predicted Joe Biden to win the contest.

Investors are hoping that a Democratic White House paired with a Republican Senate will lead to more moderate policy — and lesser increases in taxes and regulation — while still getting a new stimulus deal on the table quickly.

Although President Donald Trump continues his legal fight and unsubstantiated claims of election fraud — and the fate of the Senate remains up in the air — Wall Street was pleased that a great deal of uncertainty is out of the way.