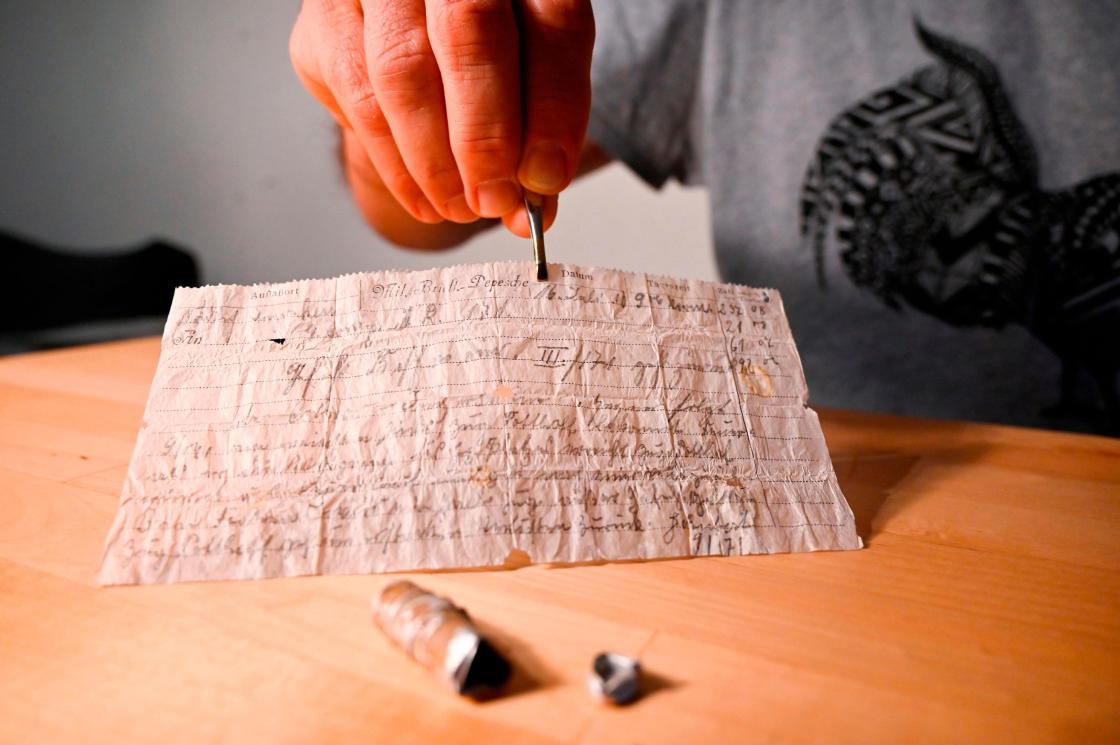 (CNN) — A message lost by a carrier pigeon has been found some 110 years after it was sent.

Found in a field in mid-September by a couple out hiking in Ingersheim, northeastern France, the message was sent from one German military officer to another in 1910, when the area was still part of Germany, according to Dominique Jardy, curator of the nearby Linge Memorial museum.

Jardy told CNN the message was folded up inside a small aluminum capsule and the script is difficult to decipher.

A German friend, whom Jardy asked to translate the message, said the officer, who was based in the town of Colmar, is recounting German military exercises in the area.

“Platoon Potthof receives fire as they reach the western border of the parade ground, platoon Potthof takes up fire and retreats after a while,” the message reads, according to the AFP news agency. “In Fechtwald half a platoon was disabled. Platoon Potthof retreats with heavy losses.”

These losses are an estimate based on the war games rather than actual deaths, said Jardy, explaining that this is common practice during military exercises.

Difficulty in reading the script means there is some debate about whether the message was sent in 1910 or 1916. However, Jardy is convinced it is the former because he is not aware of any military maneuvers around Colmar in 1916, and the note uses terms specific to military exercises rather than warfare.

The message will now go on display at the Linge Memorial museum, which tells the story of a battle between French and German forces in 1915.

France ceded Ingersheim and the surrounding area to Germany in 1871 after the Franco-German war, but the territory changed hands again in 1918 with the Allied victory in World War I.