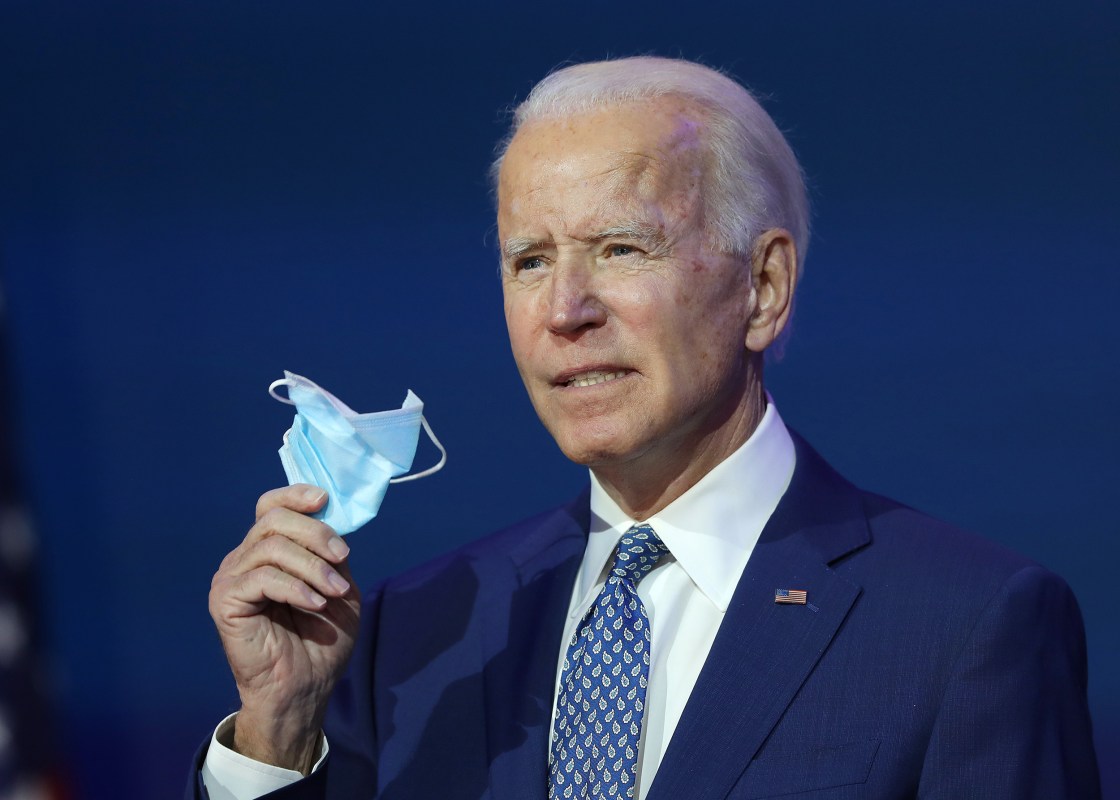 Biden’s office has released plans that his administration intends to implement in the beginning of his term, and one is a national mask mandate “by working with governors and mayors.”

Most states already have some type of mask mandate, but some have no statewide rule — either leaving it as a recommendation or giving the authority to local officials.

Here are the states with no statewide mask requirement.

Alaska does not require the use of masks, limit group size or business operations. All the state does is encourage Alaskans to do their part to limit the spread of Covid-19, recommending that residents practice social distancing and wear a mask, without any mandate.

The mayor of Anchorage, Alaska, though, has signed an order requiring people to wear face coverings in public.

Gov. Doug Ducey, a Republican, allows individual counties to mandate a mask, but does not have a statewide initiative. Scottsdale was the first to make masks mandatory starting June 19. Other major municipalities with requirements include Phoenix, Tucson and Flagstaff.

There is no statewide mask requirement, yet some local municipalities have their own mandates.

Statewide, masks are required for some essential employees, including restaurants and personal care services employees.

The state does not have a statewide requirement, but several local municipalities do, including Boise.

The state does not have a statewide requirement, but several local municipalities do.

Just over a month later and amid rising case numbers, Reeves signed an executive order requiring face coverings in counties with higher Covid-19 case numbers. But that order expires on Wednesday.

The state does not have a statewide requirement, but several local municipalities do.

There is no statewide mandate, but clients and staff in barbershops, salons, tattoo parlors and massage parlors must wear masks, as part of the current Directed Health Measure requirements.

The state does not have a statewide requirement, but at least one local municipality, Fargo, does.

The city council in Oklahoma City voted in a special meeting in July to approve an emergency public safety ordinance requiring face coverings in indoor public places throughout Oklahoma City.

Several counties and cities, including Charleston and Columbia, have mask mandates.

Gov. Kristi Noem, a Republican, has taken a hands-off approach to Covid-19. In October, she wrote in an op-ed that the government should not mandate a mask requirement.

South Dakota is second — only to North Dakota — in the number of coronavirus cases per 100,000 people.

Though there is no statewide mandate, Gov. Bill Lee, a Republican, signed an executive order granting the mayors in 89 counties the authority to issue mask requirements.

Though there is no statewide mandate, Laramie County, home to the capital city Cheyenne, has a mask requirement that went into effect on November 1. However, according to CNN affiliate KGWN, the county’s district attorney’s office has said violations of the mandate will not be prosecuted.

Masks are not a political statement, Biden says

“Please, I implore you, wear a mask,” the President-elect said. “Do it for yourself, do it for your neighbor. A mask is not a political statement but it is a way to start pulling the country together.”

During the campaign, Biden spoke of his plan to issue a nationwide mask mandate. Doing so could be challenged in court, though, and in October Biden said he would go to every governor and urge them to issue mask mandates.

“And if they refuse, I’ll go to the mayors and county executives and get local masking requirements in place nationwide,” he said.

Because the virus is mainly airborne, face masks are the most effective way to stop person-to-person spread of Covid-19, studies have shown.

“Wearing of face masks in public corresponds to the most effective means to prevent interhuman transmission, and this inexpensive practice, in conjunction with simultaneous social distancing, quarantine, and contact tracing, represents the most likely fighting opportunity to stop the Covid-19 pandemic, prior to the development of a vaccine,” researchers in Texas and California wrote back in June.