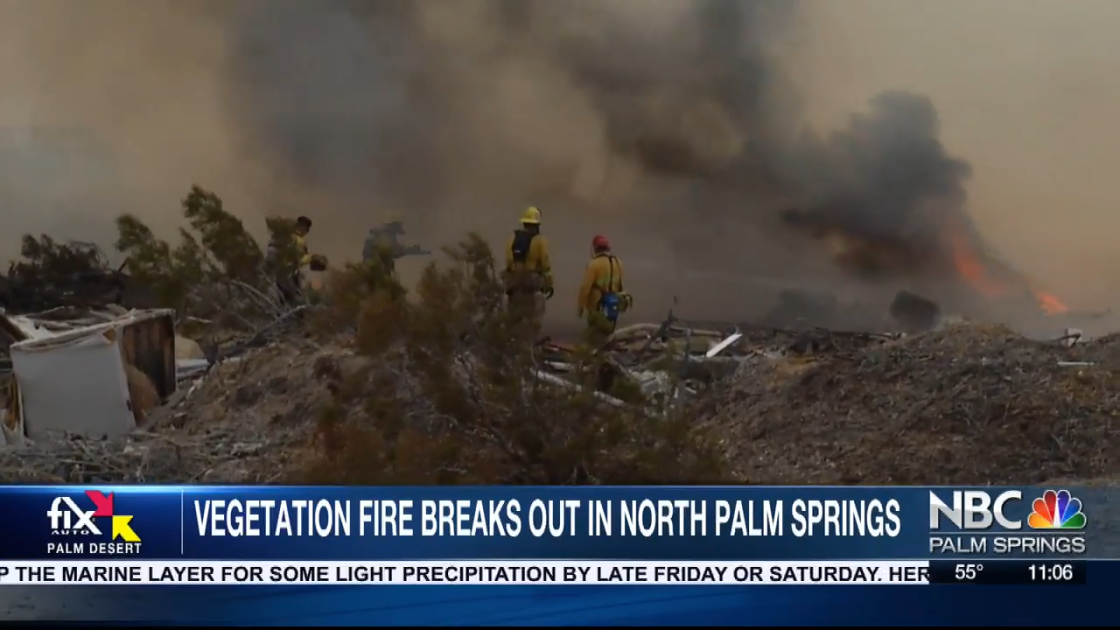 The wind-whipped blaze was reported at 8:35 a.m. Sunday in a salvage yard at Kellogg and Pipeline roads, according to the Riverside County Fire Department.

Fire officials said Monday crews were expected to be on the scene throughout the day, or until the fire was fully contained.

Residents living north of El Dorado Road to Garnet Road were ordered to evacuate Sunday due to the fire but those orders were lifted by 9 p.m., officials said.

The fire involving several large mulch piles, grasses and a vehicle storage area grew steadily throughout day, fanned by winds clocking between 40 to 60 mph, spurring a multi-agency response of up to 125 firefighters, Capt. Fernando Herrera said.

Winds died down by 9 p.m., when the fire had reached 26 acres. No additional acreage was reported overnight.

Two firefighters were evaluated for non-life-threatening injuries, according to the fire department.

In addition to firefighters from the county and the Bureau of Land Management, crews from the Morongo, Idyllwild and Palm Springs, Soboba, Calimesa, Hemet, Riverside City and March Air Reserve Base fire departments also responded.