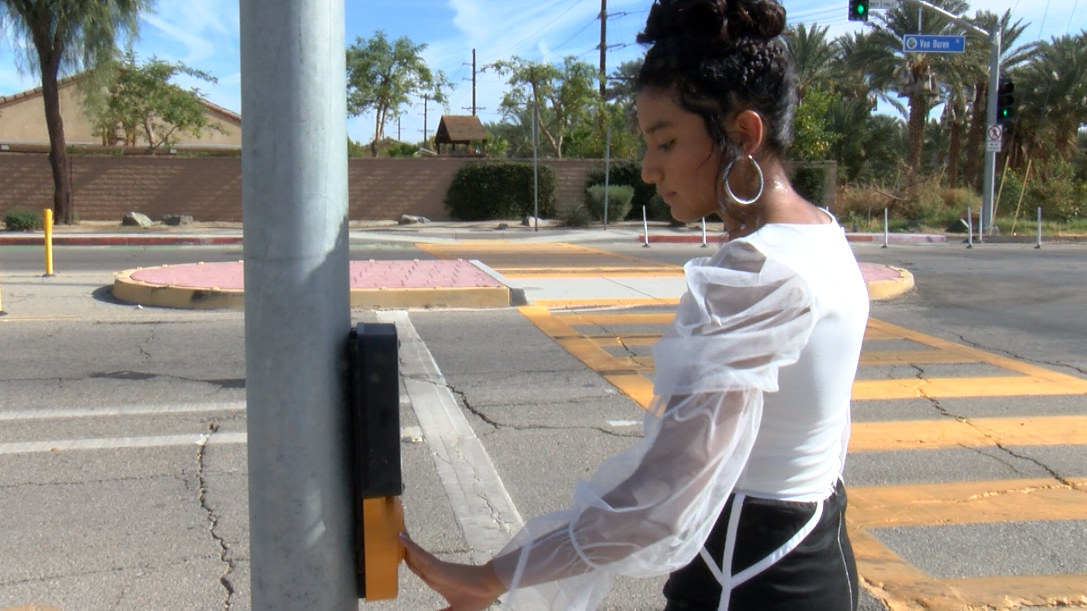 A celebration made by the city of Coachella on Saturday was to honor Frida Arriaga, a former student at Coral mountain Academy.

Arriaga started a petition four-years-ago to install traffic lights at the intersection in front of the school, where multiple traffic violations brought fear to students walking.

After seeing her school friends injured while crossing the street, Arriaga pushed to bring attention to these dangerous concerns that affected their everyday commute.

“There was only one supervisor helping us cross the street and sometimes careless drivers would not know when to pass the intersection. Sometimes texting on their phone and then a child would be crossing the street and they’d get run over and injured,” said Arriaga.

“I feel very honored to receive this distinction. I was actually very overwhelmed to see my name on the traffic light  because wow it has my name,” said Arriaga.

The Coachella Valley School Board says her name helps represent the importance of youth involvement in government issues.

“Here comes a 10 year old to a board meeting, presenting this project and helping twitch the development of the city. It just shows how bright our future is. how we can make a difference together and i’m glad we were able to work together to make this happen,” said Neftali Galarza who is a member of the school board.

Now Frida has left a lasting legacy and made her entire family proud.

“I feel so proud  and so honored, in reality there are no words,” said Mnauel Arriaga, who is Frida’s father.