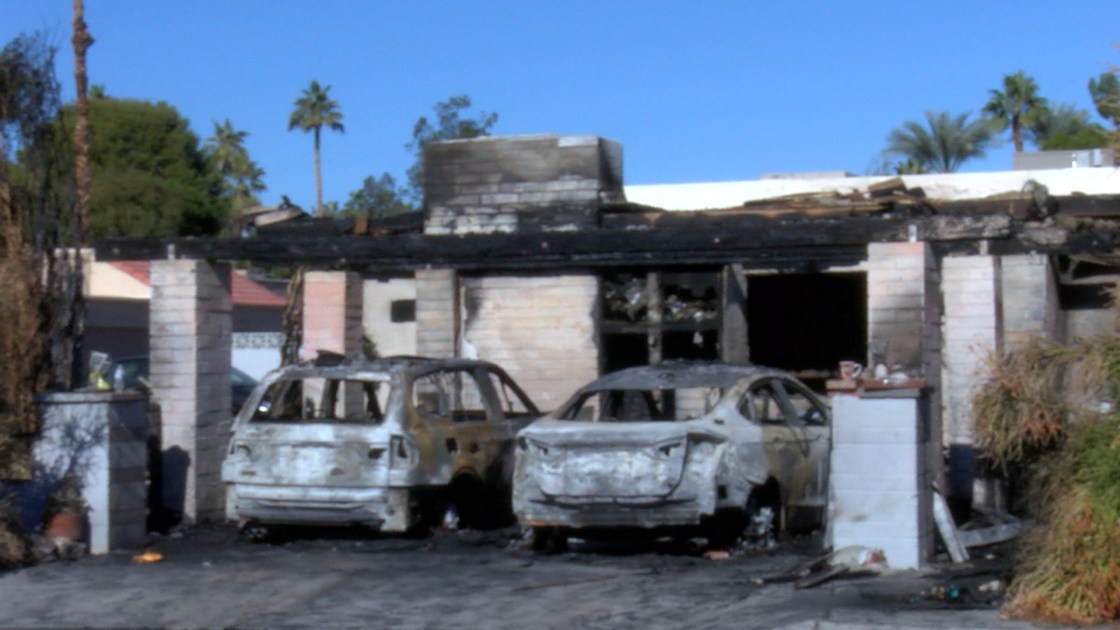 A family of seven has been displaced from their home the day after Thanksgiving due to their home being engulfed in flames which is now a total loss. Firefighters responded to a call to the 38000 block of Cal Idaho drive shortly before 5 a.m. Friday morning.

Thankfully, no one was in the home and all members of the family made it out safely, but fire officials say they had a tough time fighting this fire.

“It was very challenging because this home had a heavy fire load. meaning there was a lot of combustible material, whether it’s interior or exterior, and also it’s an older home so it had reinforced masonry construction along with reinforced plaster walls which makes it really hard for our firefighter,” explained Herrera.

The homeowner who did not want to talk on camera said she believed the fire started in the driveway, but officials are unsure as it is still under investigation. The family that was left without a home is now being assisted by the American Red Cross.

“We actually give them a credit card that’s loaded with funds, and it gives them enough funds to be able to just start their recovery, maybe get a hotel room for several nights, a little bit of food and clothing,” said Susan Tovey, Disaster Action Team Supervisor with The American Red Cross.

The American Red Cross relies on donations to be able to provide these types of services at no cost or sign up obligations.

“When I mention that the red cross is able to help them financially, when I tell them that it’s a gift from the American people and they don’t have to pay it back, they get choked up, and then I get choked up,” added Tovey.