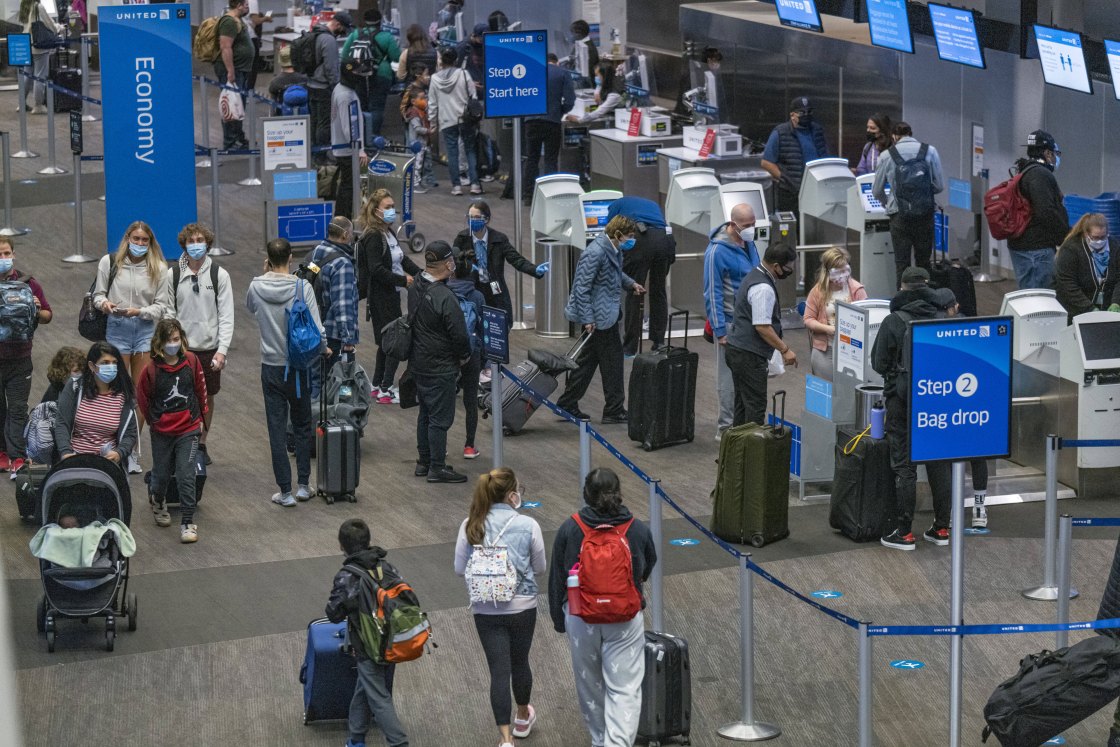 (CNN) — The number of travelers passing through airport security checkpoints in the United States reached its highest level since mid-March on Wednesday despite urging from federal health officials for Americans to spend Thanksgiving at home.

In a pandemic-era record, 1,070,967 people passed through security at America’s airports on the day before Thanksgiving. That number is just 40% of last year’s passenger volume on the same day, when 2,602,631 people were screened.

The US Centers for Disease Control and Prevention last week urged Americans not to travel for Thanksgiving, but since that warning was issued nearly 6 million travelers have passed through airport security.

The TSA receives passenger information from the airlines as part of its screening responsibilities, and the data does not show widespread cancellations in recent days, TSA spokesman Andy Post said.

From September to October, the number of scheduled available seats departing US airports was down nearly 50% compared to the same timeframe last year. Due to increased demand, that number is only down 39% for the Thanksgiving holiday period, according to Airlines for America, a trade association that represents major North American airlines.

While Wednesday was busy, industry groups expect the Sunday after the holiday to be even busier.

The number of travelers passing through airport security amid the coronavirus surge is concerning, but many Americans are heeding the warnings from officials and health experts.

Sixty-one percent of Americans said they changed their Thanksgiving plans, according to a poll released on Tuesday by Axios-Ipsos. More surprising is that nearly one in 10 Americans that were polled say they do not plan to celebrate the holiday at all.

The country added 181,490 new Covid-19 cases and had 2,297 reported deaths on Wednesday, according to Johns Hopkins University.

The US has posted over 100,000 new coronavirus cases for the 23rd consecutive day.