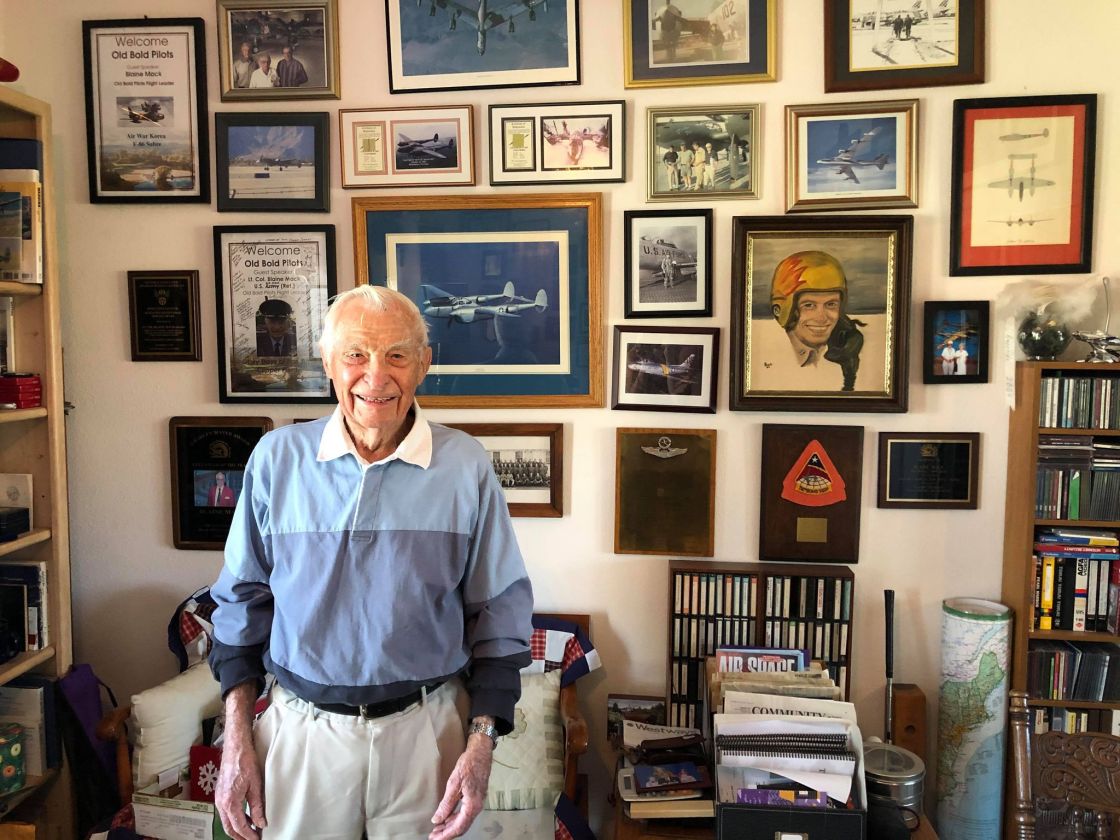 It was also a day that shaped the course of Palm Desert resident Robert Borelli’s life.

“I’m 95 years old now, and I think about it every day since it happened,” said Borelli.

On that date, Japan launched a surprise attack on the U.S. Naval Base Pearl Harbor, located in Hawaii.

“This will live in infamy, that was his exact words on the radio. I’ll never forget those words. I can’t forget them,” said Borelli.

The attack also led Robert and millions of Americans to join the United States Armed Forces.

“I was so upset about that just like the rest of the American people. So as soon as I turned 17, I enlisted in the Navy. I worked on big transport planes that brought the wounded men from the Pacific,” said Borelli.

Robert isn’t the only Palm Desert Veteran who remembers and lived through Pearl Harbor.

Blaine Mack is a retired Air Force pilot who was visiting a friend during the attack.

“He yelled at me, he said come in here! Listen to this. He had a little radio up on the shelf there. That thing was literally jumping off there and it was telling about the Pearl Harbor. And we looked at each other and said, well, we both know what’s in stock for us now, don’t we?” said Mack.

Blaine served as a distinguished Lieutenant Colonel not only in  WWII, but in the Korean War and in Vietnam.

He says Dec. 7 gave his life a purpose.

“As horrible as it seemed, in the long run, that turned out to be the best thing that ever happened to me because it gave me a direction to go when I got out of school,” said Mack.

Unfortunately, the group of Veterans who lived through that day is getting smaller every year.

The Palm Springs Air Museum recently held an event to provide a platform to share about WWII, the Veterans who took part as well as the history of Pearl Harbor.

Historian Michael Carra says remembering the sacrifices made during this time is critical.

“We need to keep the memory alive of our greatest generation. We had 16 million American men in uniform fighting for our country in World War II. And for America, it all started on Dec. the 7th, 1941, and that’s a day we need to remember,” said Carra.

While that generation of American heroes is down to a handful in the Coachella Valley, our local WWII Veterans say their spirit is alive and well.

“Often times I get asked would you do it again? My answer is always in a minute,” said Mack.

“Of course I don’t want to see another war, but if I had to, I’d do it again,” said Borelli.

Both Robert and Blaine are in their mid-90s and are active members at the Joslyn Center.

The center allows for them to stay active, communicative and gives them a sense of inclusion.