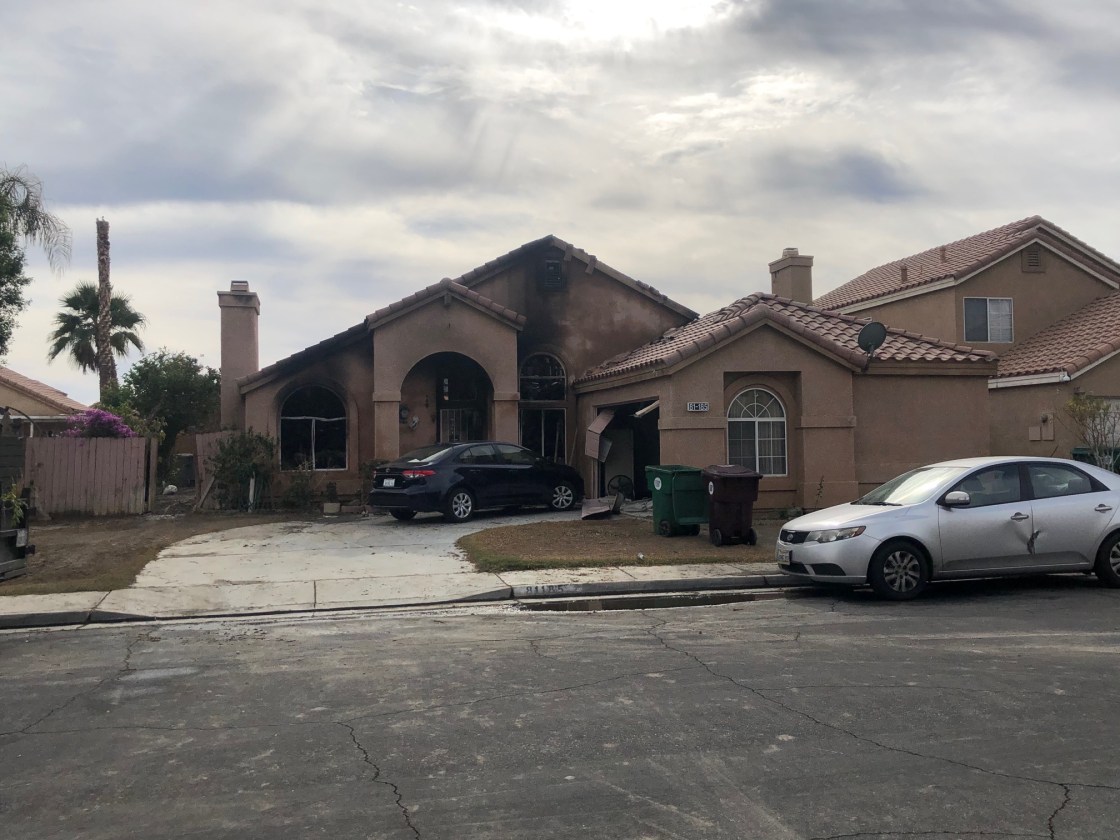 About 30 firefighters were sent to the 81100 block of Durango Drive about 2:20 a.m. on a report of a single-family home ablaze, according to Riverside County Fire Department Capt. Fernando Herrera.

“The fire pretty much consumed 80% of the home,” the captain said.

The two residents of the were taken to John F. Kennedy Hospital in Indio for treatment of smoke inhalation, Herrera said.

He said five firefighters were also transported to the hospital for treatment; four for smoke inhalation, and another for burns.

The firefighter who suffered burns was transported to the burn unit at Arrowhead Regional Medical Center in Colton, as is standard procedure when firefighters suffer burns regardless of severity, Herrera said.

Specifics about the severity of his injuries were not disclosed, although Herrera said they were non-life-threatening.

The firefighter remained at the hospital as of 4 p.m., while the others were released earlier in the day.

A condition update on the two residents was unavailable this afternoon, but fire officials earlier described them as having “minor” injuries.