County Supervisor Pleads with Nurses to Hold Off on Strike 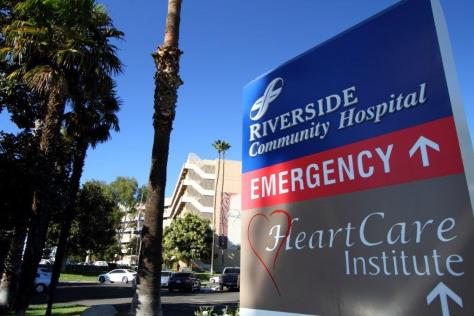 County leaders got together for a virtual briefing about the crisis brought on by the pandemic on Friday afternoon. At center stage: a looming hospital strike.

“If there is a strike what could happen is we would have to direct patients from that specific hospital to another hospital that’s already overburdened and overworked that has many patients as well within the County of Riverside if they would even accept them,” says Supervisor V. Manuel Perez, who represents Riverside County’s Fourth District.

Nurses and licensed medical staff from three California hospitals owned by Hospital Corporation of America voted to authorize a strike, Riverside Community Hospital’s 1200 nurses among them.

“That means the bargaining team can call a strike at any time,” says Terry Carter, a spokesperson for SEIU Local 121, the union who represents the nurses and staff.

The other hospitals are Los Robles Regional Medical Center and West Hills Hospital and Medical Center, which the union claims are among the most profitable hospitals int he region, yet the hospitals were alarmingly unprepared for the pandemic, and they lack staff, protective equipment, cleaning staff, testing.

Carter says the hospital in Riverside has serious issues, “Riverside Community Hospital of all the hospitals that we represent nurses across the Southland has had the highest rate of infections, staff infection and two staff members have died.”

But after months of negotiations, they’re not getting the pandemic plan they’re requesting in their contract, that would ensure the current issues would be corrected and help the hospital be better prepared for future pandemics.

The threat of a strike comes at a time when hospitals across the county are facing a serious surge in COVID patients.

“With this surge we have surpassed the surge that occurred over the summer … current ICU utilization across the County of Riverside is about 95 percent,” says Bruce Barton, Riverside County’s Director of Emergency Services.

“The averaging of all the different models suggest that we could be about twice that level at one months time,” says Dr. Geoffrey Leung, Riverside University Hospital Director of Ambulatory Care.

Several hospitals including Eisenhower Health and JFK Memorial Hospitals have put in requests for staffing help.

“Staffing remains the biggest challenge for our hospitals across the county,” says Barton.

“And when a hospital like JFK and Eisenhower make those staffing requests to the state they also then agree to stop doing elective non emergency surgeries,” said Linda Evans, the JFK’s Director of Physician and Community Development and the Mayor of La Quinta.

While the union says the company is prepared for the strike because they own their own staffing company, Perez made an impassioned plea for them to reconsider, “We appreciate you as our front line workers, and especially our doctors and nurses, that are there in the hospital on a daily basis and being there for our patients and for our families, but I ask you and I plead, this is not the time to strike, I ask that we figure out how to work this out, your contract, we’ll get to that, you probably don’t want to hear that, but we can’t put lives at risk. So, I would hope that folks would reconsider and they would rethink that and choose not to strike and we will do our best as a county and folks that work as administrators to be helpful and to be supportive but his is not the time to strike folks. “

Carter says the nurses would not walk off their floor if they felt lives were at risk.

Eisenhower Health sent us this statement in response a question if they’re prepared to accept more patients in the event of a strike at Riverside Community Hospital:

Eisenhower Health remains committed to the safety and well-being of our patients and staff. Should circumstances change, and we have an influx of patients from out of the area, we are prepared for a surge and will do our very best to provide the level of care that our community has come to expect from us. But, now more than ever, we need our community to remain ever vigilant about taking the necessary precautions to stay safe: wear a mask, wash your hands and socially distance.

We reached out to the hospital, late in the day and will continue to update this story.