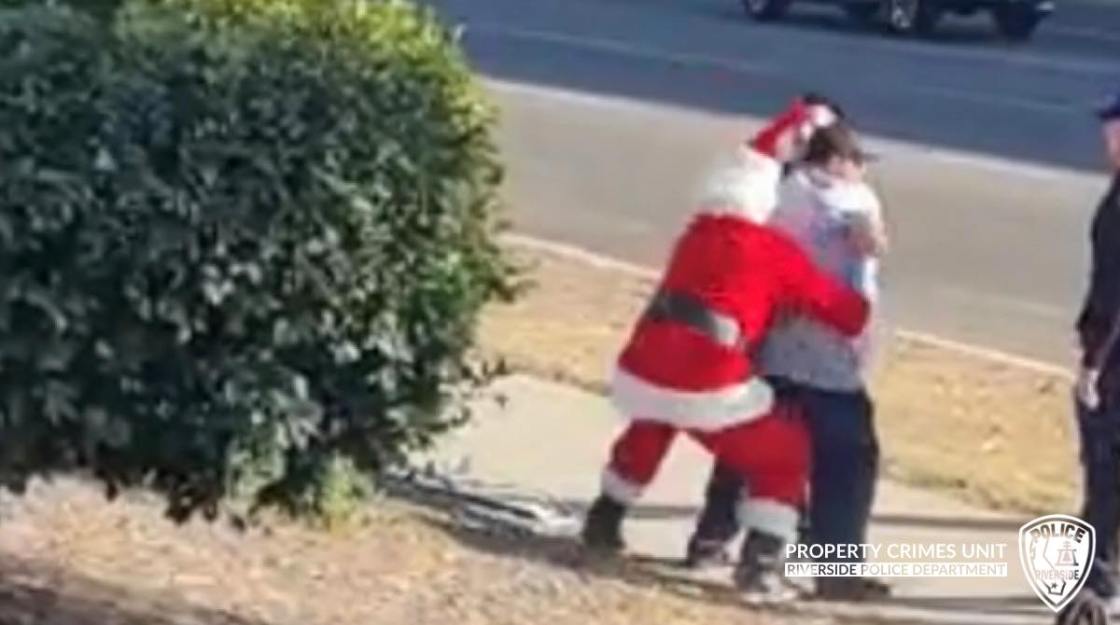 The “holiday enforcement” operation was carried out Thursday at the Target store in the Canyon Springs shopping center,  Officer Ryan Railsback of the Riverside Police Department said Saturday.

Those arrested include a woman who allegedly exited the store with a cart full of stolen merchandise and a homeless man accused of being a habitual thief at the Target location.

Patrick Seilsopour, 55, of Murrieta, was also arrested for allegedly stealing about $1,000 worth of expensive Lego toy sets.

As officers were finishing up the operation, they were alerted to three suspicious men casing cars in the parking lot, according to Railsback.

“One of the undercover detectives spotted these three men as they were in the act of stealing an older white Honda CR-V. Two of the men saw the detective and ran off but were quickly apprehended by the other officers,” Railsback said.

He said one of the suspects allegedly resisted arrest but that the undercover officer dressed as a Santa helped to subdue him.

In cellphone video posted to YouTube by Riverside police, an officer can be heard saying “Get him, Santa!” as the Santa-dressed officer runs toward the suspect and body slams him.

The suspect was arrested on suspicion of possessing illegal drugs and resisting arrest.

Also in the video, another suspect is seen denying involvement in the vehicle theft while being held at gunpoint by an officer dressed as an elf. He was later released, according to Railsback.

The third suspect drove away with the stolen SUV, which was found abandoned nearby.

“Detectives have him identified and will be making an arrest for car theft in the future,” Railsback said.

Amid a surging coronavirus pandemic, historic levels of joblessness and a looming expiration date for many federal pandemic aid programs, there has been an uptick in shoplifting across the nation, according to multiple reports.