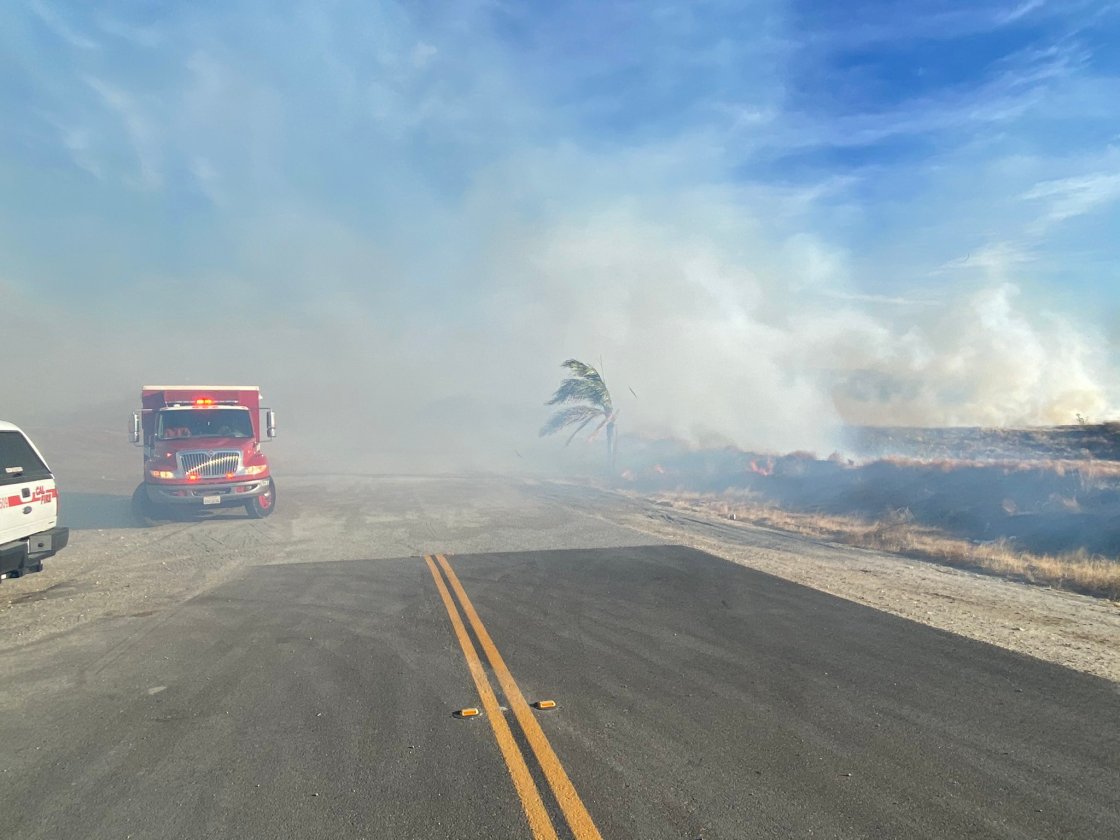 BEAUMONT (CNS) – A 1,933-acre fire burning in the Badlands southwest of Beaumont was about 50% contained Monday, and no longer posing a threat to any homes or other structures.

The non-injury “Sanderson Fire” broke out at 1 a.m. Sunday in the area of La Borde Canyon Road and Jack Rabbit Trail, for reasons still under investigation, according to the Riverside County Fire Department.

Because the blaze was situated on the edge of the Badlands, where there are limited access points and lots of hills between Moreno Valley and Beaumont, crews encountered difficulties reaching it, and the flames spread quickly.

No properties were damaged, and the warning was lifted 12 hours later.

Gilman Springs Road, between Alessandro Boulevard and Bridge Street, was temporarily closed Sunday morning because of the fire.

With Cal Fire water-dropping helicopters and air tankers making runs on the blaze in the first hours of daylight Sunday, the fire’s forward rate of spread was stopped.

More than 100 personnel remained on the fire lines Monday, knocking down hot spots along the perimeter.

Winds were light and variable in the area, and crews were expected to make further progress toward full containment Monday afternoon.

BEAUMONT (CNS) – Firefighters Sunday halted the forward progress of a 1,500-acre wildfire burning without containment south of Beaumont, though an evacuation warning was still in place for the Moreno Knolls area.

The blaze was reported at around 1 a.m. near the intersection of La Borde Canyon Road and Jack Rabbit Trail, according to the Riverside County Fire Department.

The fire exploded in size partly because it was burning in a hard-to- reach spot and windy conditions, fire officials said.

Three water-dropping helicopters and four air tankers were assisting the 130 firefighters battling the blaze on the ground.

Officials in Anaheim, Fullerton and Brea reported that smoke from the fire was visible Sunday, with the Fullerton Police Department receiving “numerous 911 calls regarding the smell of smoke and ash in the Fullerton area.”

The officials stressed that there was no wildfire in Orange County.