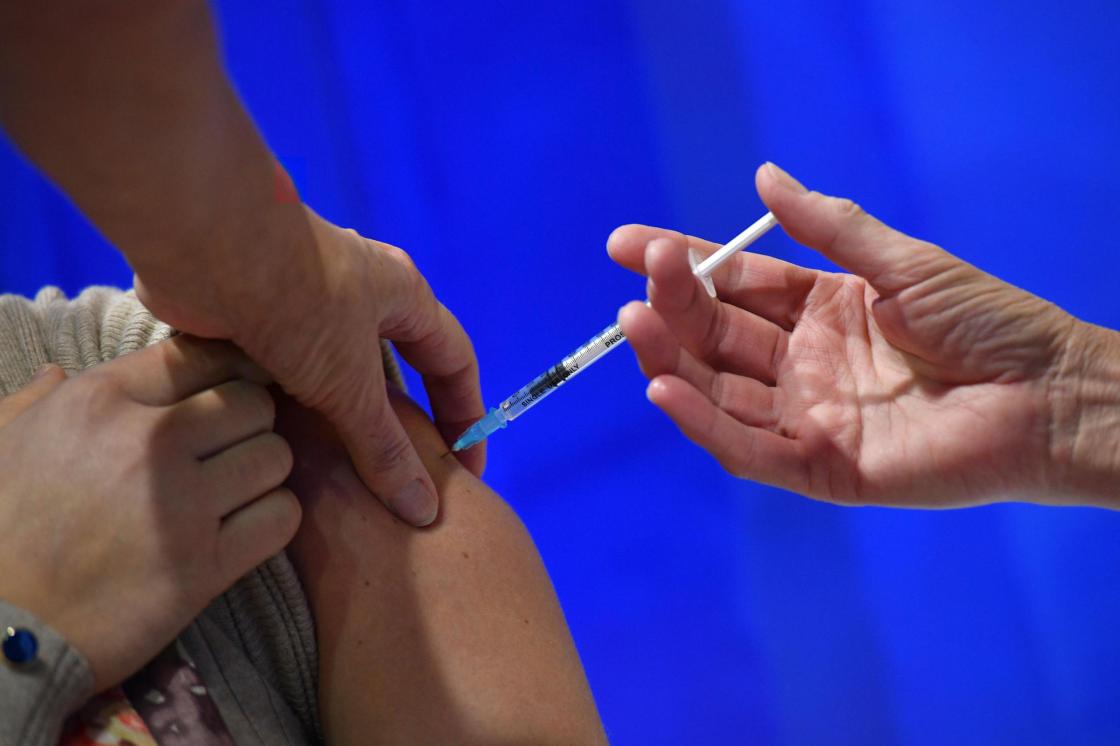 As the vaccines slowly continue to roll out across the country, COVID continues to kill a record number of Americans, many say they will opt out when it’s their turn to get protection against COVID-19.

The vice president, future president and now the nation’s top infectious disease expert Dr. Anthony Fauci rolled up their sleeves to get protection against the virus that’s killed and infected more Americans than any other population in the world: Covid-19.

“I feel extreme confidence in the safety and the efficacy of this vaccine,” said Fauci.

According to the Pew Research Center confidence in the vaccine has gone up but not by much, only 9 percent higher than in September. Experts warn, a majority of Americans, must get the vaccine or will keep circulating. Many say they need more information before they get it.

Dr. William Moss, the executive director of the International Vaccine Access Center at Johns Hopkins Bloomberg School of Public Health says when it comes to the COVID vaccines, the benefit outweighs the risks, “If you just look at the side effects compared to the benefit of preventing mild, moderate, severe, COVID-19 where we see people hospitalized in record numbers, it’s just really important that people get the vaccine.”

Still, now that we have two vaccines that are proving to be more than 90 percent effective. According to the Pew Research Center, 60 percent of Americans say they’ll get it when it becomes available, 20 percent say they will opt out and nothing will change their minds.

Moss says many people are making this life altering decision based on false information,”So much misinformation around these vaccines has spread so widely, it’s just really tragic, I think, because these are communities that are seeing people die.”

He says knowing how they work and how they don’t work is important and will help people make better informed choices.

The vaccines are similar, they both require two doses and use mRNA technology, the messenger genetic code of the virus delivered to our cells that replicate it.

“It doesn’t produce the whole virus, it’s just a tiny little piece of the virus, so it’s not the virus at all and our immune system sees it and develops that memory immunity so when we’re actually exposed to the real virus we can basically defeat it right away,” says Moss.

That makes many people wonder if it will it alter our DNA?

“Maybe people hear RNA and they think it’s going to alter DNA but that’s definitely a myth that needs to be dispelled, it’s just, that’s not how biology works … our cells are full of messenger RNA that’s how our cells make proteins but they’re destroyed very quickly so that we can make new or different kinds of proteins … the messenger RNA is destroyed very rapidly it doesn’t persist, it doesn’t get into the nucleus where our DNA is, it doesn’t alter our DNA in any way,” he says.

For Pfizer, the emergency use authorization is for people 16 years and older, for Moderna 18 years and up. But Moss says at some point these vaccines will be available for children.

Some are asking, if it will affect their ability to have children, Moss says no.

“That’s a common myth and scare tactic used around vaccines,” says Moss and that rumor was circulated during the polio vaccine.

He says because there is still not enough data, women who are pregnant or nursing should consult with their doctors before getting the vaccine.

Dr. Moss says the known side effects from the vaccines are temporary and typical of the body’s response to any vaccine as it builds immunity against the virus, “So soreness at the site of the injection is very common, people will get a headache, some muscle aches, joint pain, fatigue, fever even, all of these is signs of inflammation in our body responding to the vaccine.”

Will vaccine protect against new mutated strains of the virus?

“They should know in a week or two,” says Moss adding that the vaccines are currently being tested for this mutation but with vaccines it’s not an all or nothing and people should not opt out for this reason, “it would be somewhat decreased protection rather than complete loss of protection.”

It’s still not known how long immunity will last and if you can still transmit the virus after you’ve had the vaccine.

He says people will continue to be monitored in the long term but doesn’t expect any long term side effects, “This was super fast in terms of getting a vaccine but no corners were cut, these vaccines were evaluated for both safety and their efficacy in a very rigorous manner.”

So will he get the vaccine and recommend it to his loved ones?

“I would definitely get the vaccine,” he says with a smile adding, “my wife is a front line healthcare worker and we’re hoping she gets it earlier rather than later.”

Moss says people should not pass up the opportunity when it’s their turn to get the vaccine and they should not just get it to protect themselves but do it for their families and communities, “In the midst of this terrible pandemic where 3,000 Americans are dying everyday, this is the way to go.”

Moss says for those who cannot receive the vaccine for whatever reason or have to wait, masks, hand washing, avoiding crowds and staying at least six feet away from people are an effective way of not getting sick. He says while we may not fully eradicate the virus because of global travel, the vaccine is a powerful tool to contain and slow the spread of the virus. He says once the vaccine is distributed widely, and if all goes as planned, this will happen by the middle or end of next year, the virus won’t be as widespread and that’s when testing and contact tracing will be more effective in preventing small outbreaks from getting out of control.