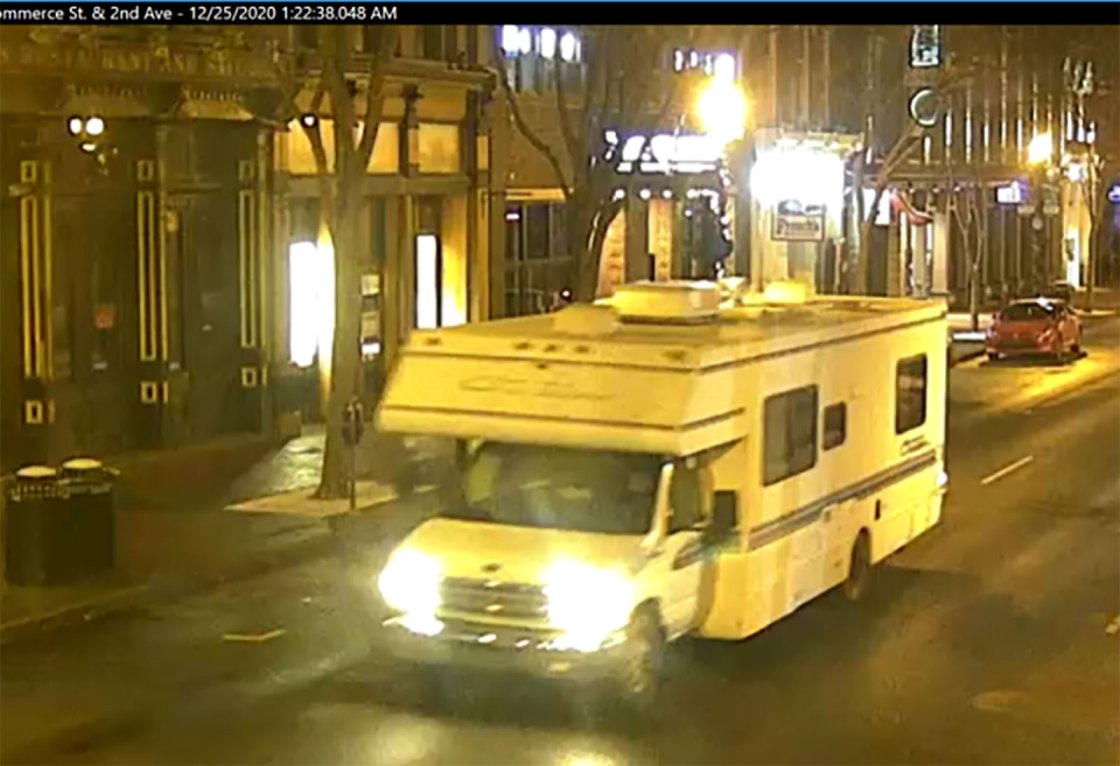 (CNN) — Investigators are looking at “any and all possible motives” in the Nashville explosion after identifying the bomber as Anthony Quinn Warner.

Warner, a 63-year-old described by one neighbor as a loner, was found dead after his recreational vehicle exploded early Christmas morning in the city’s downtown. The blast injured at least eight people and damaged more than 40 buildings, including an AT&T transmission building that provides wireless service to much of the region.

Before the explosion, residents said they heard what sounded like gunshots. Police were called to the scene at about 5:30 a.m. in response to reports of shots fired.

The RV then broadcast a computerized female voice repeatedly warning that a bomb would explode in minutes and directing people to evacuate. The RV also broadcast Petula Clark’s 1964 hit “Downtown,” a song about how the bustle of downtown can cure a lonely person’s troubles.

Upon hearing the warnings, officers sprang into action, knocking on doors and evacuating residents from the area and likely saving many from serious injury. The RV then exploded at 6:30 a.m. — just moments after one officer left the immediate area.

“I just saw the biggest flames I’ve ever seen, the biggest explosion,” Officer Amanda Topping said. “I just saw orange and … felt the heat, the wave.”

The repeated warnings and the early morning timing of the blast when few were around suggest that Warner did not intend to cause mass casualties.

FBI agent Doug Korneski said investigators are interviewing people who knew him to try to learn a possible motive. There is no indication that anybody else was involved, he said.

“These answers won’t come quickly,” Korneski said. “Though we may be able to answer some of those questions … none of those answers will ever be enough for those affected by this event.”

At least 8 patients were treated at Nashville hospitals after the explosion. 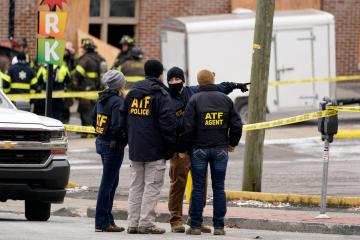 Warner’s neighbor: He was a ‘hermit’

Steve Schmoldt has lived next door to Warner since 2001, and Schmoldt’s wife has lived in the house since 1995.

“He’s lived there a long time and he sort of kept to himself,” Schmoldt told CNN of Warner. “All we knew him by was Tony. He was kind of a hermit.”

The extent of most of their interactions was just waving to each other over the fence, he explained. Warner was of a slight build and had long, gray hair, Schmoldt said.

On Friday night, Schmoldt said his wife noticed law enforcement trucks outside Warner’s home. As the couple sat down to have coffee Saturday morning, his wife said she saw what she believed was a SWAT team outside.

An RV seen on Google Street View at Warner’s house appears to match the one law enforcement has asked the public for information on.

While the RV had been parked in the backyard for a couple of weeks, Schmoldt said it hadn’t been on the property for a few days.

Steve Fridrich, of Fridrich & Clark, LLC, said he hired Warner as a computer consultant for his real estate business as an independent contractor for several years. In a statement, he described Warner as a “nice person who never exhibited any behavior which was less than professional.” He said Warner had said he was retiring earlier this month.

Warner, of Antioch, Tennessee, had not previously been on law enforcement’s radar, Tennessee Bureau Investigations Director David Rausch said. Investigators identified him using DNA taken from remains found at the scene and matching them with a family member.

Remnants of the vehicle from the bombing were recovered from the scene and investigators with the Tennessee Highway Patrol were able to determine the Vehicle Identification Number for the RV, authorities said Sunday. Korneski said the VIN number matched that of a vehicle registered to Warner.

CNN has attempted to contact family members of Warner, but has not heard back.

The RV was parked at 166 2nd Ave N, right outside the AT&T transmission building, which sustained significant damage in the blast, authorities said.

Communications were impacted throughout the area, with widespread cell phone service outages. The loss of communication to air towers caused a temporary ground stop at Nashville International Airport on Friday.

At one point, local officials asked residents to reserve phone calls strictly for emergencies to make sure calls for help could get through.

AT&T was able to get power to the building with generators Saturday, and the majority of services have since been restored, the company said on Monday in a statement on its website.

AT&T, CNN’s parent company, said that its Mobility network is operating normally, and all businesses customers are back online. It said that nearly all home internet and video customers had been restored as of 8:30 a.m. Monday.

The statement also said that “adequate power” is available on most of the floors in its building in downtown Nashville. The company is managing power needs to prevent overloading generators and they are closely monitoring the temperatures in the building so that the equipment can stay up and running.