Dr. Fauci Suggests U.S. May Return to Normal by Fall 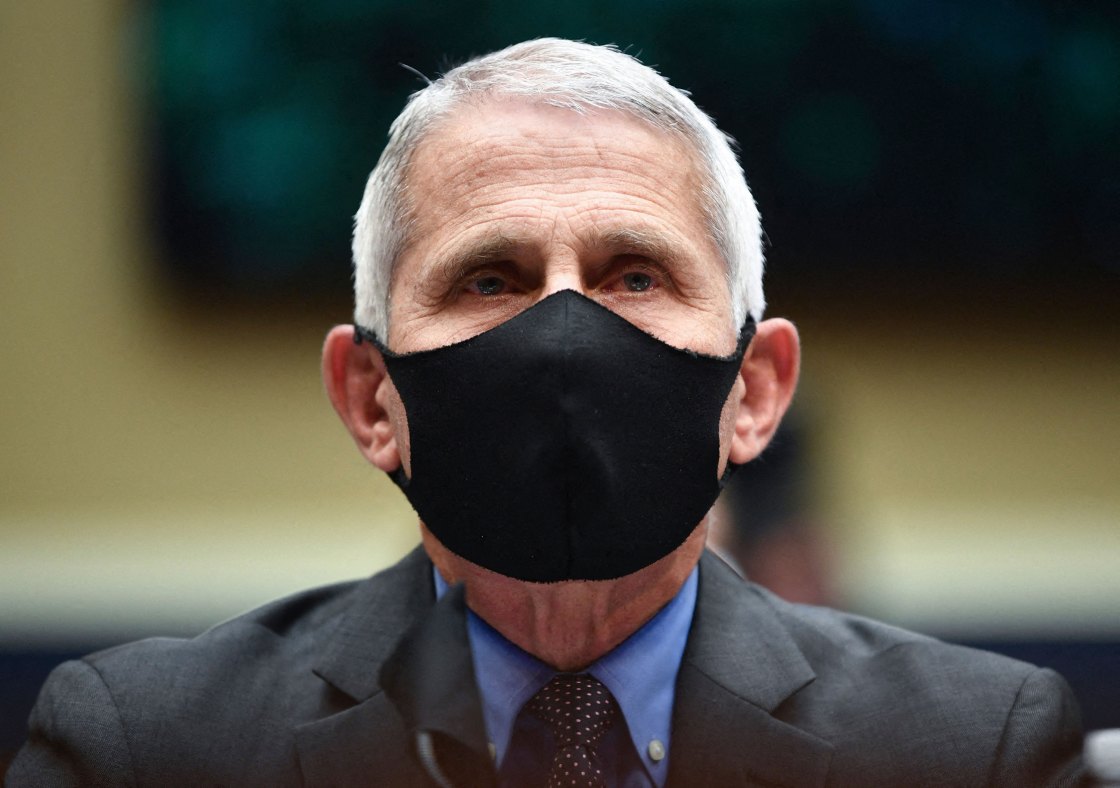 (CNN) — If states are able to “diligently vaccinate” people against the coronavirus next year, the US could return to normal life by early fall, Dr. Anthony Fauci said Wednesday in an interview with California Gov. Gavin Newsom.

Although the Covid-19 vaccine rollout is off to a much slower start than expected, if the US is able to catch up, widespread vaccination could be possible beginning in April, said Fauci, the longtime director of the National Institute of Allergy and Infectious Diseases.

Government officials had initially promised at least 20 million vaccine doses would be administered by the end of December, but just days away from the end of the year, Centers for Disease Control and Prevention data shows about 12.4 million doses have been distributed and nearly 2.8 million have been administered.

“Let’s say in April, it will be what I call open season, namely, anybody who wants to get vaccinated can get vaccinated,” Fauci said in the Facebook interview. “If we then diligently vaccinate people in April, May, June, July, then we will gradually and noticeably get a degree of protection approaching herd immunity.”

Fauci has estimated that herd immunity — where enough people have antibodies to diminish the spread of the virus — could likely be achieved if about 70% to 85% of the population gets vaccinated.

“By the time we get to the early fall, we will have enough good herd immunity to be able to really get back to some strong semblance of normality — schools, theaters, sports events, restaurants,” he said. “I believe if we do it correctly, we will be there by the early fall.”

Dr. Peter Hotez, dean of the National School of Tropical Medicine at Baylor College of Medicine, said vaccinations will have to increase to more than 1 million per day.

It’s doable, he said, but, “Do we have the health system to do that? I’m not certain.”

He said the federal government needs to step up and states need to get funding for the administering of the vaccines.

Trump administration officials told CNN that vaccine distribution is on track and blamed the gap on a lag in reporting data. Still, Moncef Slaoui, chief scientific adviser for Operation Warp Speed, acknowledged the number is “lower than what we hoped for.”

“We know that it should be better, and we’re working hard to make it better,” Slaoui said.

Two new vaccines for Covid-19 may be authorized for use in the US in the coming months.

The Oxford-AstraZeneca Covid-19 vaccine that the United Kingdom approved for use on Wednesday may be authorized for emergency use in the US in April, according to Slaoui.

That vaccine is in Phase 3 trials in the US, Slaoui said, and the vaccine is being manufactured ahead of the potential authorization.

“If everything goes well, that read-out and emergency use authorization may be granted somewhere early in April,” he added. “By that time, several tens of millions of doses of this vaccine will have been manufactured.”

In addition, Johnson & Johnson’s single-dose vaccine may be authorized for emergency use in February and could be a “game changer” for the US, Slaoui said. Phase 3 trial recruitment for this vaccine has been completed.

The US has already authorized the use of two vaccines — one from Pfizer/BioNTech and one from Moderna.

The vaccinations, and the reinforcements potentially on the way, come at a critical time. The US set two more devastating Covid-19 records as it counted down the hours to the end of what has been a calamitous year.

On Tuesday, the US recorded more than 3,700 deaths linked to the virus, a chilling new high. The US on Wednesday also reported the most Covid-19 hospitalizations, with 125,220 patients nationwide, according to the Covid Tracking Project.

Surge of hospitalizations across country

On a state level, Texas officials reported record-high hospitalizations Tuesday, with more than 11,700 Covid-19 patients across the state, while Georgia Gov. Brian Kemp said a temporary hospital with an additional 60 beds could open within the next few days.

In Los Angeles County, hospitalizations are at an all-time high and nearing 7,200, almost 1,000% up from just two months ago. With the surge in patients, some hospitals are running out of oxygen tanks.

“I actually think we’re now beyond waves or surges and this is a viral tsunami that we are now experiencing,” epidemiologist Dr. Robert Kim-Farley said.

Ambulances are sometimes waiting with patients — with Covid-19 or other problems — outside hospitals, the county’s department of health services said.

“The demand is leading to lines of ambulances waiting to offload patients and hospitals having to open up new areas to treat patients,” an emailed statement said. “We expect the ambulance diversion to continue as numbers of COVID-19 cases — and the numbers of people needing hospital care — continue to rise.”

And experts have warned the US could see even worse Covid-19 numbers in January fueled by this month’s holiday gatherings and travel.

On Monday alone, more than 1.1 million people passed through airport security checkpoints across the country, the Transportation Security Administration said.

“The next couple of months are going to be awful,” said Dr. Jonathan Reiner, professor of medicine at George Washington University. “We’re going to lose 3,000, maybe more people a day, probably until we’re well into February. And then, we should start to see some light.”

And while the ongoing vaccinations continue to offer hope, the process is taking longer than many health officials hoped, and it likely be months before the country will begin to see a meaningful impact, experts said.

Health officials in a Colorado county believe they’ve found a second case of a coronavirus variant from the United Kingdom — one that experts have said may be especially contagious.

The news came a day after the first known case of the variant in the US was announced in Elbert County. Both the confirmed case and the suspected instance involve men who work at the Good Samaritan Society assisted living facility in Simla, about 45 miles northeast of Colorado Springs, county health director Dwayne Smith told CNN.

“There is a lot we don’t know about this new Covid-19 variant, but scientists in the United Kingdom are warning the world that it is significantly more contagious,” Gov. Jared Polis said in a statement.

And the variant is “almost certainly” in multiple states, according to one expert.

“I think we will be seeing evidence of that in the days to come,” said Dr. Atul Gawande, a member of the Biden-Harris transition Covid-19 advisory board.

“Exactly how prevalent it is, is the real question,” he added. “If it’s been spreading, how, how dominant is it?”

“We know it is a more contagious variant and that’s a serious concern if it is only just now beginning to spread, given that our hospitals and ICUs, in particular, are already being filled.”

In California, San Diego Supervisor Nathan Fletcher said a 30-year-old man with no travel history has the UK variant of the virus.

At least 27 countries have so far reported cases of the variant, per CNN reporting.