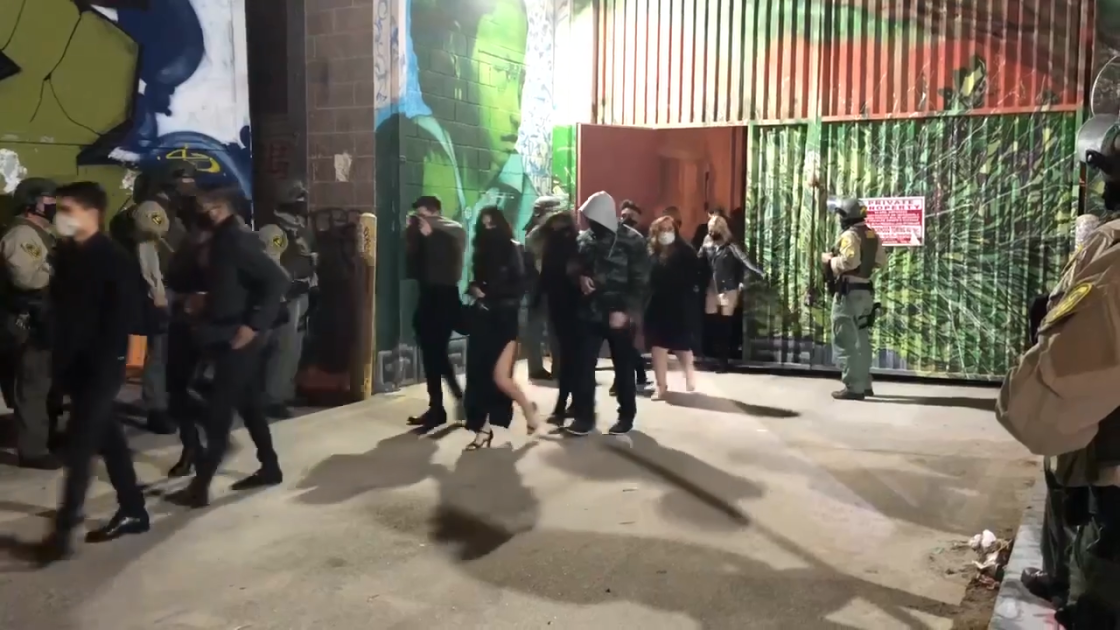 The raids included one in Hawthorne, two in Los Angeles, one in Malibu and one in Pomona, LASD Sgt. Bob Boese said. The locations raided included rented homes, vacant warehouses, hotels and shuttered businesses.

Overall, 90 adults were arrested and cited for violations of the county’s Safer At Home order to stem the surge in COVID-19 cases, Boese continued. One person was arrested for alleged possession of narcotics and a loaded firearm. Over 900 people were warned and advised of the updated Safer At Home order. Deputies recovered five handguns from the event in Hawthorne, officials said.

“I have made it clear that we will seek out and take law enforcement action against all super spreader events occurring anywhere within Los Angeles County,” Sheriff Alex Villanueva said. “The goal of these enforcement actions is to reduce the spread of COVID-19 and the risk to our vulnerable populations.”

Anyone with knowledge of a potential “super-spreader” event was urged to contact their nearest LASD station.