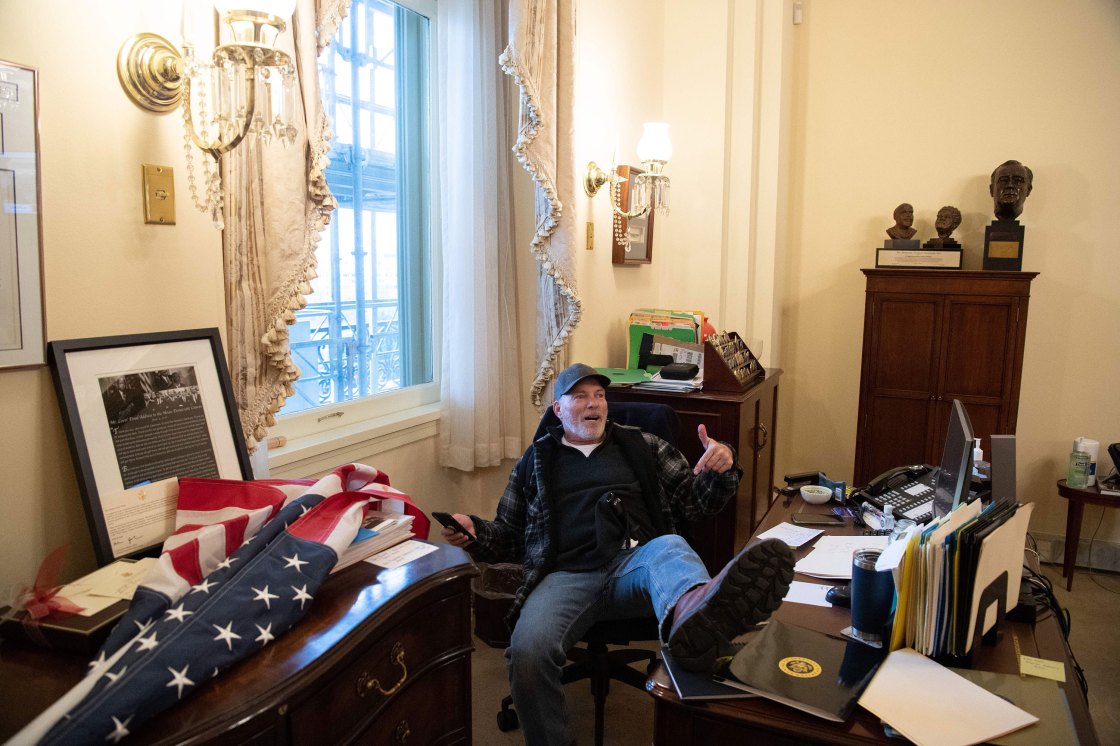 (CNN) — The man photographed sitting at House Speaker Nancy Pelosi’s desk during Wednesday’s riots in the US Capitol has been arrested and charged with three federal counts, including theft of public property, federal officials said Friday.

Barnett was charged with knowingly entering and remaining in restricted building grounds without authority, violent entry and disorderly conduct on Capitol grounds as well as the theft of public property, officials said.

A resident of Alabama was also charged in connection with the pipe bomb found on the south side of the Capitol building. Eleven Molotov cocktails and military-style weapon were found in his pickup truck, officials said.

“Just because you’ve left the DC region you can still expect a knock on the door if we find out you were part of the criminal activity at the Capitol,” said Steven D’Antuono, assistant director in charge of the FBI’s Washington field office.

“The FBI is not sparing any resources in this investigation,” he said.

It was not immediately clear whether Barnett has an attorney.