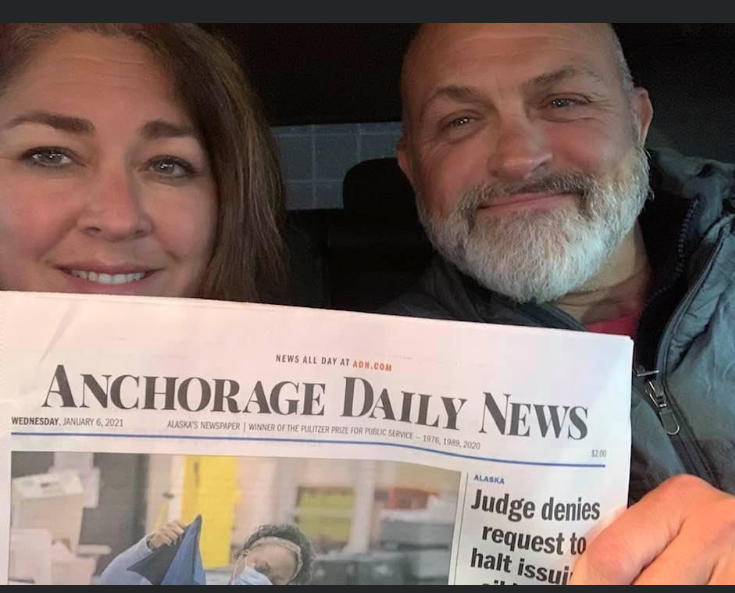 A Palm Springs couple is fighting to defend their reputation and save the two popular restaurants they own after becoming the targets of a vicious online bullying attack.

It started last week when Huey and Erin Burnham, owners of Smokin Burgers and SmokeTree BBQ in the Smoke Tree Shopping Center in Palm Springs, were returning from a family vacation in Cancun, Mexico.  On their way back home to their second residence in Anchorage, Alaska, Erin posted a photo of the couple on the airplane.  The caption stating they were on to the next adventure. 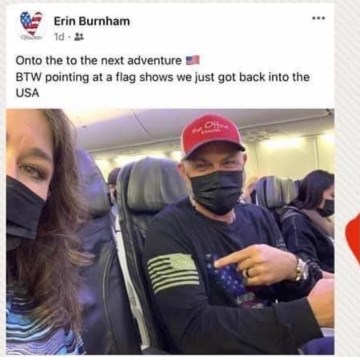 Little did she know that the innocent posting to friends on Facebook would soon lead to one of the worst cyber bully attacks ever in the Coachella Valley.

“They are attacking us from every social platform that is available to them,” said Huey Burnham.

In an exclusive interivew with NBC Palm Springs, the Burnhams say someone on the Facebook group PS Rant and Rave hijacked the photo Erin had posted, removed the part where she said they were on to the next adventure, and substituted the comment with this:  “The full blown trumper (sic) owners of Smokin Burgers and Smoke Tree BBQ (Erin and Huey Burnham) are on their way to DC to protest the election results.”

Huey Burnham telling NBC Palm Springs, “Basically it said we were Trumpers going to a rally to overthrow the White House.”

When asked if he had ever been to a Trump rally, Burnham replied “Never.”

At first, the Burhams thought the post would go away, but instead, members on other Facebook groups including Palm Springs Politics as well as the online Nextdoor website began reposting the false claims.  The Burnhams soon came under cyber attack.

The attacks were personal, and threatening.

Some stated “You guys are pigs.”  Others, “Lost my business forever.”

The Burnhams at first tried to respond to each comment, but as the postings grew into the thousands it became impossible.  In an effort to prove they did not go to Washington DC to participate in what some call an attempted coup and instead were at their Alaska home, they posted pictures of themselves holding up the Anchorage Daily News on the day of the attack, along with a receipt from an Anchorage Safeway store.  The postings failed to stop the attacks. 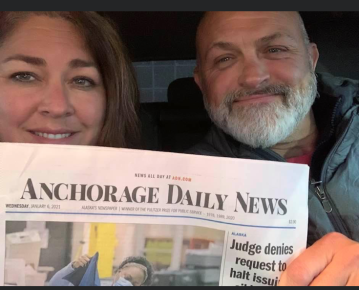 The Burnhams say business at their two restaurants, Smokin’ Burgers and SmokeTree BBQ are already down 90% compared to last year due to COVID19.  In the five days since the online attacks began, take out orders have dropped by another fifty percent.  They say they are doing what they can to keep their 14 workers employed, but it is difficult.  The online bullying has also lead to threats against employees.

The Burnhams say they are not involved in politics and consider themselves independents.  They say the irony is the people who hate Trump for the lies he has perpetrated are now attacking them based on lies online.

And while they say they still love Palm Springs and are thankful for the support they have received from longtime loyal customers, they say they have learned a lesson they want to share with others … don’t be so quick to believe what you see on the Internet.

As Huey Burnham put it, “We’re teaching our kids, our very own kids, cyber bullying is wrong.  And we are being cyber bullied by adults.”

Sunday, Laura Binninger who is the moderator of the PS Rant and Rave group on Facebook told NBC Palm Springs that she wrote the first post on that page alleging the Burnhams were heading to Washington DC, however she did say that she thought it would only be shared among members of her group and would not go as viral as it has.  She says she believes the Burnhams are lying and that she stands by her original post and would do so in a court of law.  She has provided numerous screen shots that she says prove Huey Burnham is not an independent but instead a Trump supporter.  However, she has not yet provided concrete evidence supporting her post that the Burnhams traveled to Washington or took part in the insurrection which was the basis for the outlash against the couple.